As per usual here’s a spoiler-free brief history of the Kings in the North!

Chapter 1: The Kings in the North 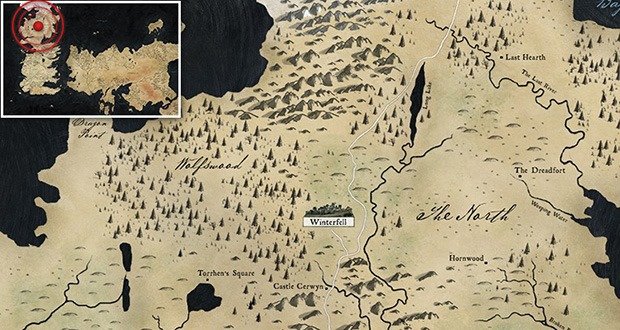 The Stark family line can be traced all the way back to Brandon Stark, also known as Bran the Builder, who is said to have built both Winterfell and the Wall. Like Bran, the Starks descended from the First Men and worship the old gods. The close connection with the wall means that the Starks have a long history and friendship with the Nights Watch, many in their household serving themselves. The Starks have helped repel several major wildling invasions over the centuries. 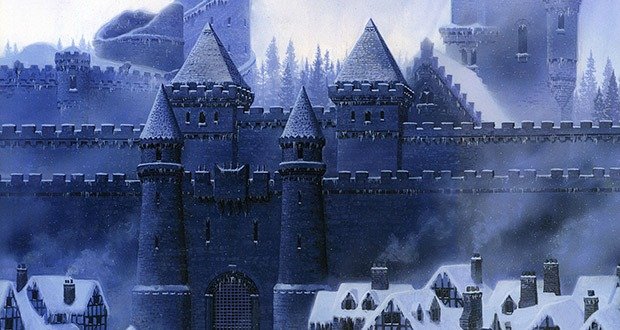 Castle Winterfell itself is over 8,000 years old. It is a huge complex spanning several acres. It was built over a natural hot spring and the hot water is piped through the walls to heat them making Winterfell more comfortable than other castles during the harsh northern winters. 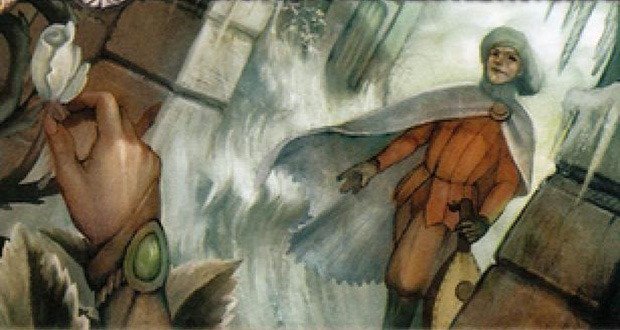 The Starks even have wildling blood in their ancestry. Brandon the Daughterless called a wildling King-Beyond-the-Wall known as Bael the Bard a coward. Bael decided to take revenge for the insult and scaled the Wall and strolled into Winterfell under the disguise of a bard.

His singing left Brandon so impressed that he asked Bael what he wanted as reward for the performance. Bael replied by asking for “the most beautiful rose blooming in Winterfell’s gardens.” Brandon accepted his offer thinking little of it only to find out the next morning his daughter had disappeared, a blue winter rose left in her bed instead. 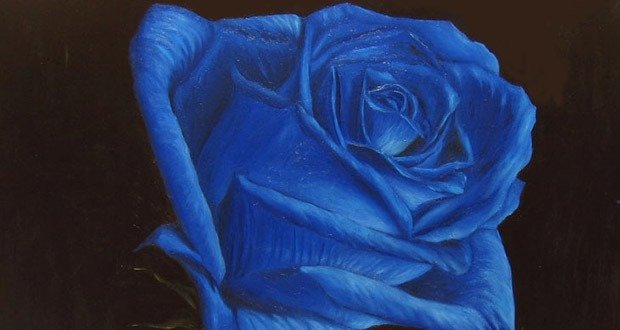 Lord Brandon sent the Night’s Watch out to look for her beyond the wall but they never found either of them. One day 9 months later the daughter reappeared in her room holding an infant son. Since this daughter was his only child and the Stark line was dwindling Brandon had no choice but to name Bael’s bastard the new Lord Stark.

Thirty years later Bael would encounter his son once more in battle. Bael couldn’t kill his own son so he allowed himself to be killed instead. When his son brought back Bael’s head and showed it to his mother she was so sad that she committed suicide.

Chapter 3: The King Who Knelt 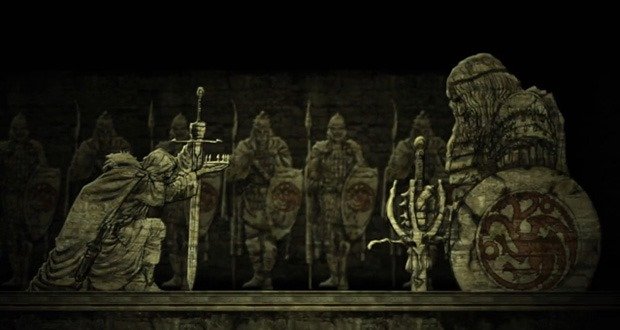 The last King in the North was named Torrhen Stark, who submitted to Aegon Targaryen during the War of Conquest. He became known as the King Who Knelt after his encounter. Torrhen was marching to meet Aegon on the battlefield with 30,000 men, however upon seeing Aegon’s 45,000 man army and his dragons Torrhen knew he couldn’t win. Rather than wasting the lives of so many men he surrendered his crown and swore fealty.

Aegon named the Starks Wardens of the North. The spot where Torrhen bent the knee to Aegon now holds an inn called the Inn of the Kneeling Man. 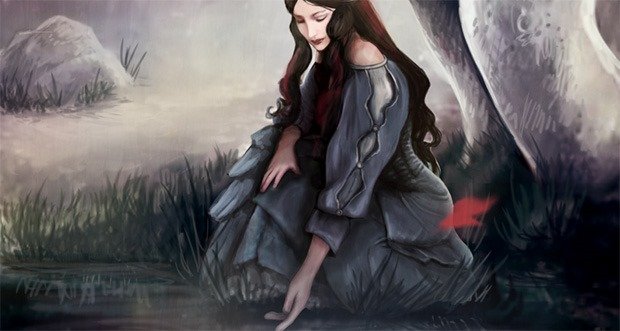 Jump forward and we find one of the main triggers to Robert’s Rebellion, Lyanna Stark. Lyanna had one younger brother, Benjen, and two older brothers, Eddard and Brandon. Brandon was the eldest and heir to Winterfell. Unlike their quieter brother Ned, both Brandon and Lyanna were described as being “wolf-blooded” (headstrong, willful, courageous, and hot-tempered). Lyanna was also said to be very beautiful.

Lyanna’s father, Rickard, promised her hand in marriage to Robert Baratheon, which she wasn’t too happy about. She wasn’t convinced that he would be a faithful husband, which was proven true given how his marriage with Cersei went. 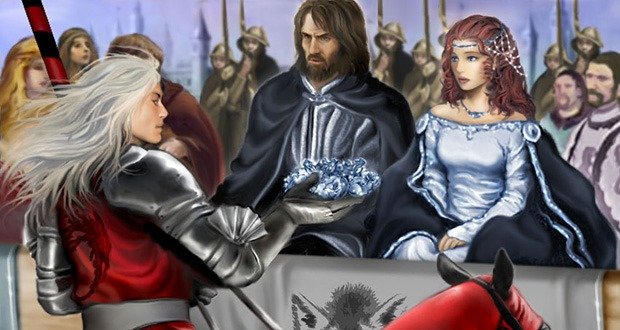 Lyanna attended a tourney hosted at Harrenhal when she first encountered prince Rhaegar Targaryen. Rhaegar was an excellent musician and performed a song so beautiful that it brought her to tears. Rhaegar, who was already married to Elia Martell of Dorne, went on to win the tournament.

As custom goes, the victor of a tournament may select any woman present to name the Queen of Love and Beauty, giving her a crown of flowers and dedicating his victory to her. Generally a knight will choose a woman he loves or intends to court so you could imagine everyone’s surprise when he crowned not Elia but Lyanna instead. 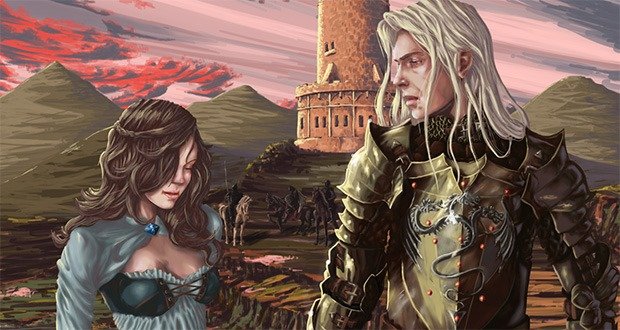 Some time after the tournament Lyanna was kidnapped by Rhaegar. It’s debatable if she was kidnapped or went willingly. Regardless, her eldest brother Brandon Stark got the news of his sister’s disappearance and headed straight to King’s Landing. He demanded Rhaegar “to come out and die” but Rhaegar wasn’t there. King Aerys had Brandon and his companions arrested for plotting to murder the prince and charged them with treason. 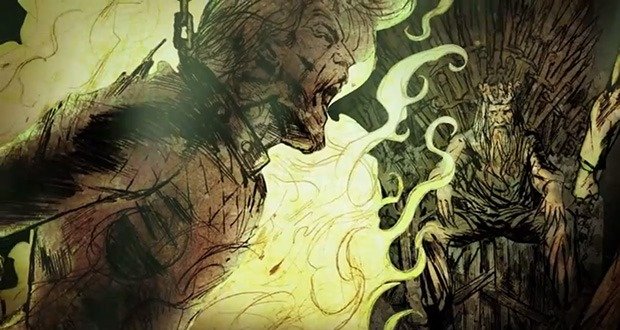 Lord Rickard Stark along with the fathers of Brandon’s other companions were summoned to answer to the charges against their sons. When they arrived Aerys decided to kill all of them. Lord Rickard Stark demanded trial by combat. Aerys complied but named “fire” as house Targaryen’s champion.

Rickard was slowly roasted while Brandon had to watch. Aerys had Brandon attached to a strangulation device and placed a sword just out of reach, taunting him by saying if he could reach the sword he could save his father. The more Brandon reached for the sword the tighter it got and he ended up strangling himself while his father was roasted alive inside his armor. 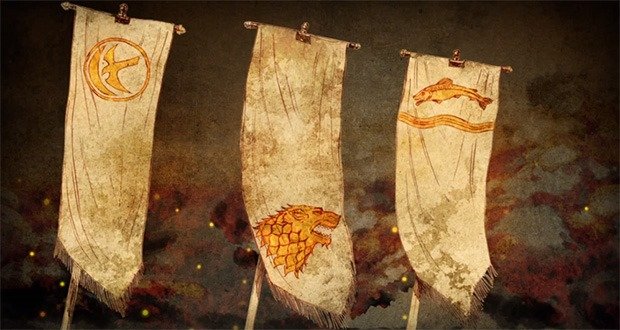 Aerys then demanded the heads of Robert and Eddard, wanting to squash any revolt before it started. Ned was a ward of Jon Arryn at the time as was Robert. Arryn responded to the request by raising his banners in revolt. The trio led the rebellion while Rhaegar was in the Tower of Joy on the edge of Dorne with Lyanna but eventually joined the war effort. Robert ended up killing Rhaegar at the Trident. 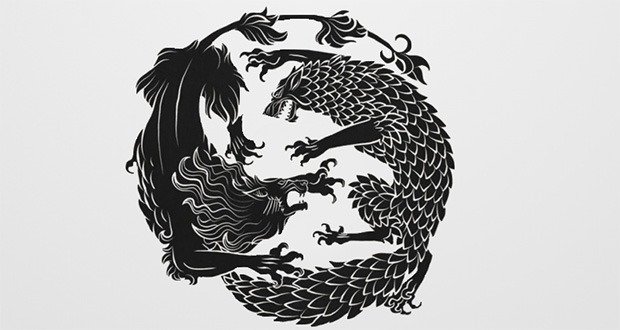 Robert had been severely wounded by Rhaegar so it was Eddard’s task to pursue Aerys’ armies to King’s Landing. When he arrived the Lannister force had already sacked the city. Eddard learns that the castle had been conquered by treachery and that Rhaegar’s wife and children had been slaughtered. He is further angered when he went to claim the crown for Robert.

When he entered the throne room he found King Aerys’ dead body on the throne steps and Jaime Lannister seated in the Iron Throne. He felt that the way in which the conquest of King’s Landing had been conducted dishonored Robert’s cause. 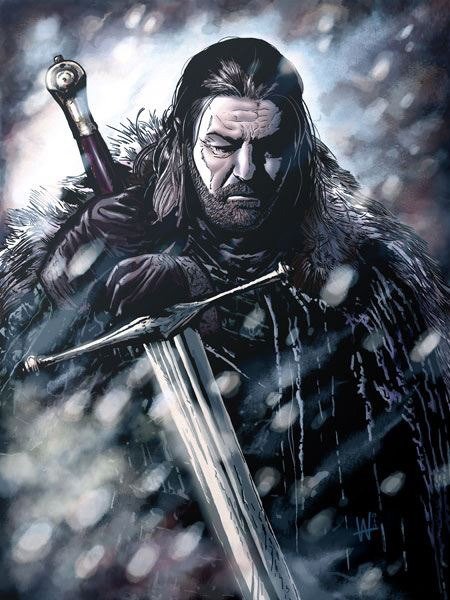 Eddard is disappointed when he shares these events with Robert upon his arrival. Robert didn’t share his moral outrage at the actions and ignores Eddard’s council that Jaime should have to join the Night’s Watch for breaking his oath as a knight of the Kingsguard.

Eddard soon left King’s Landing and lifted the siege at Storm’s End. Afterwards he traveled to Dorne to liberate Lyanna who had been apparently held captive at the Tower of Joy. 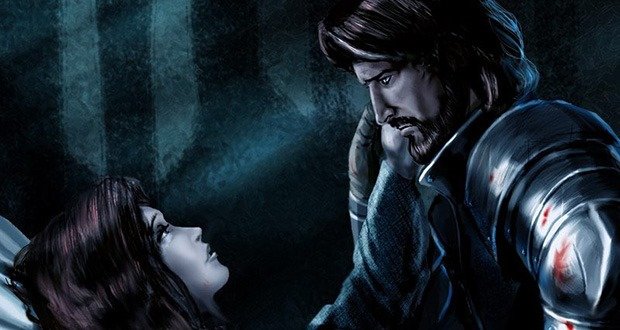 Eddard makes it to the Tower of Joy finding it guarded by Kingsguard. He and his small group of companions fight until only Eddard and Howland Reed remain. Unfortunately when Eddard arrives he finds Lyanna already dying. Before her death she made Eddard promise her something that he never shared with anyone afterwards. 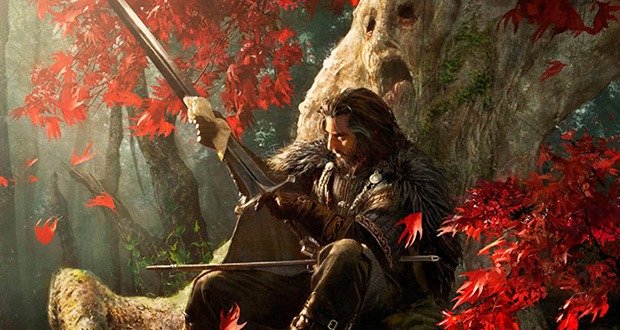 Eddard returned to Winterfell bringing with him his bastard son, Jon Snow, and continued to serve as Lord of Winterfell up to the start of the books and show.

UP NEXT: House Lannister 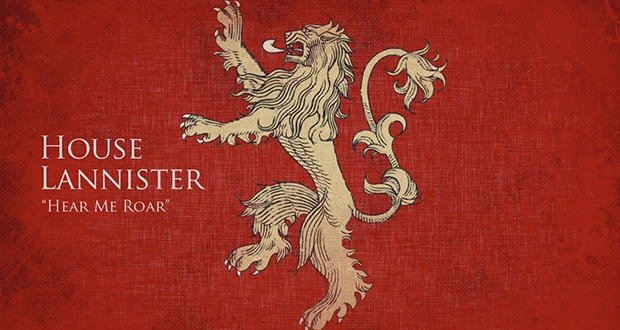 Who’s up for some Lannister Lions?!