For now let’s shift our gaze to the south to a house that resisted Targaryen conquest and didn’t fall subject to their rule. 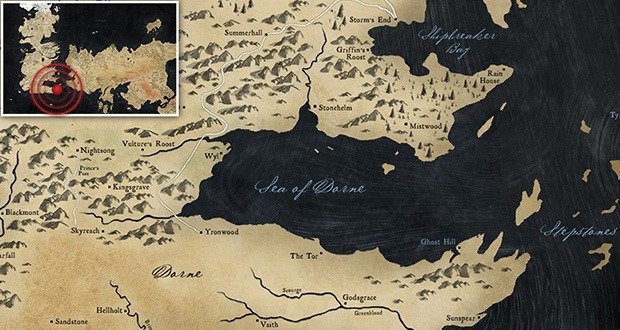 House Nymeros Martell, more commonly known simply as house Martell, is the ruling house of Dorne, their seat being the city of Sunspear. Their emblem is a gold spear piercing a red sun on an orange field. Their words are “Unbowed, Unbent, Unbroken.” The origin of their crest and their dual name is thanks to warrior queen from Essos named Nymeria.

The Great People of Rhoyne 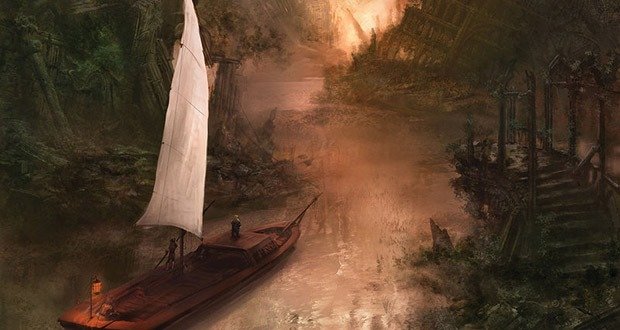 According to legend the Valyrians hung Garin in a golden cage and mocked him as he called upon his goddess to destroy them. That same night the waters rose and drowned the invaders. It is said their spirits still haunt the waters of Chroyane, which is now known as the Sorrows. No one dares enter the ruined city today. 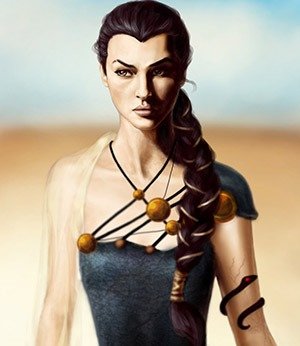 After Garin’s fall, Queen Nymeria led the surviving Rhoynar in 10,000 ships from their homeland to Dorne in Westeros. It was there that she took the husband Mors Martell allying the Martells with her people. The pair combined their sigils, the Martell’s being a spear and the Rhoynar’s being a sun. Their combined strength allowed them to unite all of Dorne under their rule and they have reigned ever since. 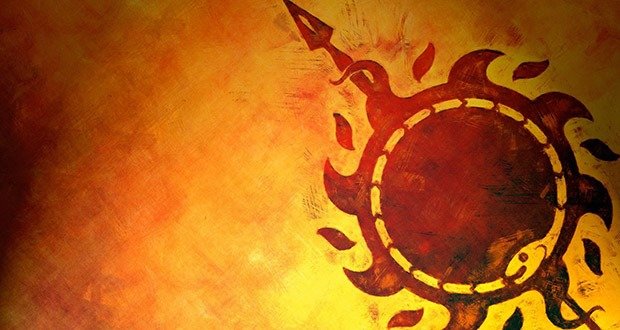 The exact origin of house Martell itself is not known other than that they were one of the ruling families of Dorne which up until Nymeria’s landing had been a collection of feuding kingdoms. The union of their cultures saw the Martells abandon many of their old Andal customs in favor of the Rhoynar’s. Their rulers became known as princes instead of kings and their lands and titles passed down to the eldest no matter what gender. 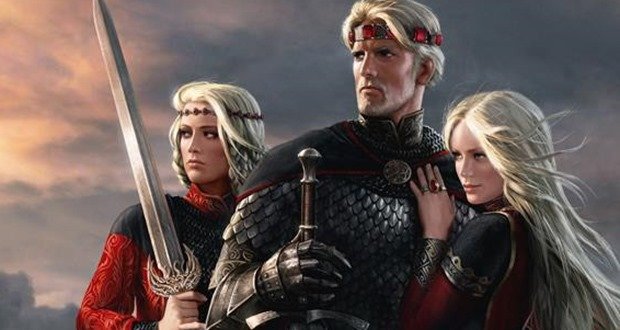 When Aegon moved into Dorne during the War of Conquest, he was unable to gain a foothold thanks to the Martell’s guerrilla tactics, a strategy the other kingdoms to the north hadn’t attempted versus the Targaryen’s dragons. Eventually after being repeatedly foiled by these tactics, Rhaenys Targaryen flew on her dragon to Sunspear and met the ruling princess, Mariya Martell, to demand the surrender of Dorne. Mariya simply replied, “This is Dorne. You are not wanted here, return at your peril.” Rhaenys retorted that she would return with “Fire and Blood,” but Mariya simply responded “Unbowed, Unbent, Unbroken.” Aegon decided it would be too costly to conquer the land and withdrew his army from Dorne, leaving them a sovereign nation. 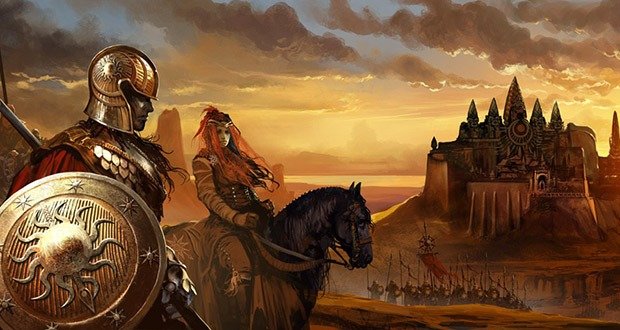 There were many more attempts at conquest by the Targaryens, all of which failed against the Dornish rulers. Eventually Dorne allied the Targaryens through marriage between the two houses. The first marriage was a dual one; King Daeron II Targaryen wed Princess Myriah Martell and Prince Maron Martell wed Daeron’s sister, Daenerys. During Daeron II’s reign the Red Keep adopted a more Dornish style due to the influence of his wife. This was one of the reasons that spurred the Blackfyre Rebellion.

The Martells defended Daeron’s claim to the throne and aided in victory. Maron and Daenerys’ wedlock formally brought Dorne into the Seven Kingdoms, causing the Martells to rule Dorne in the name of the King on the Iron Throne while still keeping their titles of Princes and Princesses of Dorne. 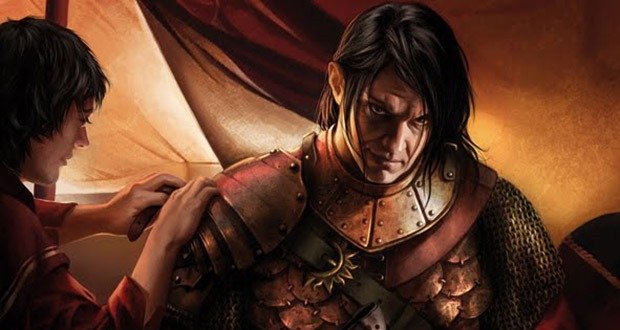 Jump forward to more recent past and we encounter Oberyn Martell, a Dornish prince and brother to Elia Martell. At 16 Oberyn was caught in bed with the lover of Lord Edgar Yronwood so the lord challenged him to a duel. The duel was only to first blood given Oberyn’s age and status. Both received cuts in the fight but Lord Edgar’s wounds festered and killed him. This earned Oberyn the nickname the Red Viper due to rumors that he fought with a poisoned blade.

Oberyn traveled extensively through the Free Cities of Essos where he learned about poisons and possibly even the darker arts. He even forged 6 links of a maester’s chain while studying at the Citadel but grew bored and moved on. He also soldiered in Essos with the Second Sons and even formed his own company. Oberyn has many bastard daughters that have been given the nickname Sand Snakes, though unlike many other lords he always made sure that his children were provided for, taking responsibility for his offspring. 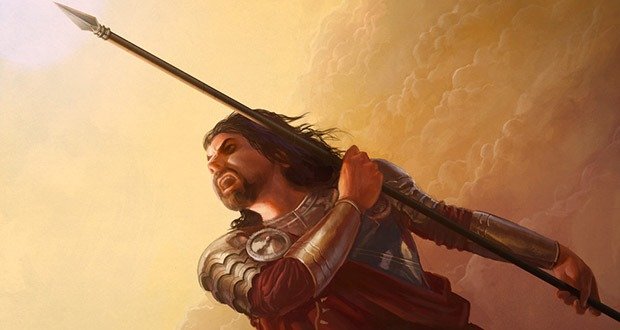 When Oberyn and his sister Elia were young the ruling Princess of Dorne planned to wed either one or both of them to Lord Tywin Lannister’s twins Jaime and Cersei. The unfortunate timing of their arrival in Casterly Rock to meet Tywin’s twins fell just after the death of Joanna and birth of Tyrion. Tywin ended up being unreceptive to his Dornish guests and when he offered the newborn Tyrion instead it was seen as insult.

Oberyn can also be attributed to breathing life back into the ongoing feud between the Martells and the Tyrells due to him accidentally crippling Willas Tyrell in a tourney, though Willis himself doesn’t blame Oberyn for the misfortune.

The War of the Usurper 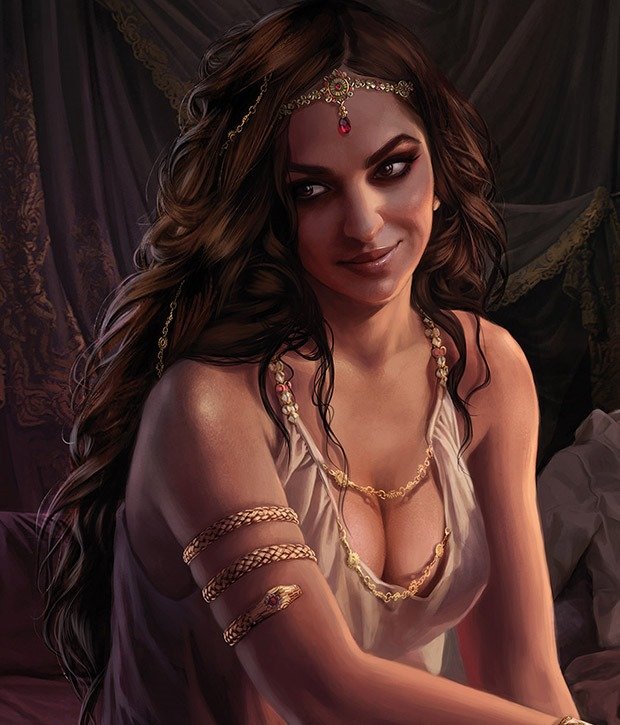 Oberyn had a very close relationship with his Sister Elia, so her untimely death came as a great blow to him. Princess Elia Martell of Dorne was married to Prince Rhaegar Targaryen during Robert’s Rebellion. This unfortunately led to the rape and murder of her and the slaughter of her two young children during the Sack of King’s Landing. The events of her death caused her brother, Oberyn, to despise the Lannisters for their role in her murder.

Oberyn attempted to raise Dorne for Viserys Targaryen in response but John Arryn was able to hold the peace. Oberyn’s brother Doran, the ruling Prince of Dorne, had a daughter named Arianne [pictured above] who would grow up to become a prominent character in later ASOIAF books.

UP NEXT: North of the Wall 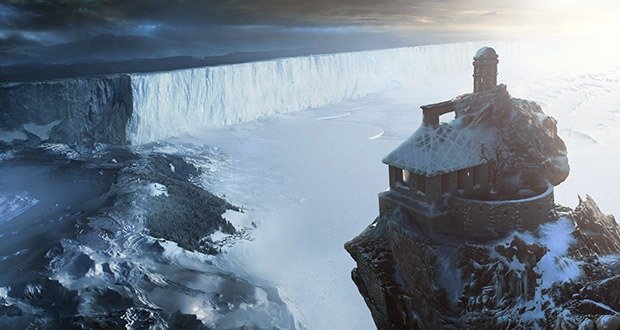 Wildlings, Wargs, and Wights, oh my!