Here are 15 Interesting Facts About Halloween. 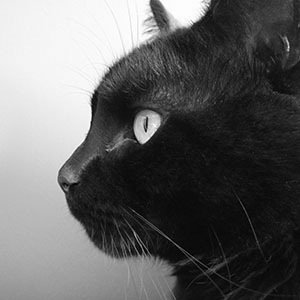 1. Many shelters won’t allow black cats to be adopted around the Halloween season for the fear that they may be sacrificed or tortured. – Source

2. In the several cities in Texas, people on the sex offender registry are ordered to keep their outdoor lights off on Halloween. – Source

3. The only case of poisoning from Halloween candy was a father killing his own son for $40,000 insurance money. – Source

4. When Ronald Clark O’Bryan was executed in 1984 for the poisoning his son’s Halloween candy with cyanide, a group of college students showed up wearing Halloween masks to cheer on the execution.

5. The first Darwin Award Nominee was a student, who dressed as Dracula for Halloween. He positioned a pine board down his shirt so he could “realistically” kill himself. He used a sharp blade, which split the wood and killed him. His last words were “I really did it!” as he staggered from his room. – Source 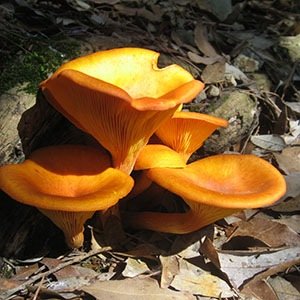 6. Once spooky halloween myth is true. The jack-o-lantern mushrooms glow so bright you can literally walk through forests using their light on a cloudy night – Source

7. The Irish invented Halloween. It was originally a Celtic festival called Samhain, which celebrated the harvest. – Source

8. Many towns in the UK won’t sell eggs and flour to under 16 year olds, in the weeks leading up to Halloween to curb ‘anti-social behavior’. – Source

10. Americans will spend around $7 Billion on Halloween, and another $447 Billion for Christmas. – Source 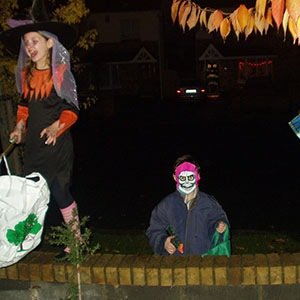 11. Anoka, Minnesota, was the first city in America to officially hold a Halloween celebration, in an effort to divert kids from pulling pranks like tipping outhouses and letting cows loose to run around on Main Street. – Source

12. Iceland doesn’t really celebrate Halloween, but they do however celebrate “Öskudagur” where they dress up in costumes and go to various stores and sing for candy. – Source

13. A 23-year-old man from Northern England was arrested in November 2012 for possession of class A drugs after he gave cocaine to children on Halloween. – Source

14. In 2005, in Frederica, Delaware, apparent suicide of a woman found hanging from a tree went unreported for hours because people passing by thought the body was just another Halloween decoration. – Source

15. Childbirths tend to increase or decrease on certain holidays, with 3.6% more births on Valentine’s Day, and 5.3% less births on Halloween. – Source