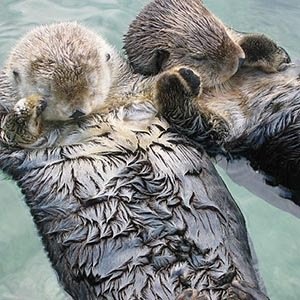 1. Otters are known to hold hands when they are sleeping, so they don’t drift away from each other.

2. Otters have a little pouch on their body where they keep their favorite rock.

3. Penguins only have one mate their entire life. They also “propose” by giving their mate a pebble. They work hard on finding the best pebble and give it to their lady friend.

4. If you fake laugh long enough, you will start to laugh really hard, it’s like inducing fake happiness.

6. Quokka is known to be the happiest animal in the world due to its smiley face.

7. Around thousands of trees a year grow because squirrels forget where they buried their nuts.

8. Puffins mate for life, make little homes on the cliff sides to have their young ones. The best part is they make a side room for a toilet.

9. A group of flamingos is called flamboyance.

10. A monkey was once tried and convicted for smoking a cigarette in South Bend, Indiana. 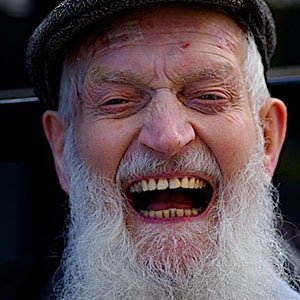 11. Humans laugh before they even know how to speak. Our sense of humor is one of the first things we communicate to the world. Laughter is primal.

12. Blind people smile. Bear in mind, they’ve never seen a person smiling and have no reference for it. Smiling is a natural human reaction for happiness.

13. There is literally a word for throwing somebody out of a window: defenestration.

14. Apollo 17 astronaut Gene Cernan, the last man to walk on the Moon, promised his daughter he’d do something special for her that no other little girl would have, that he’d write her initials on the Moon. After he parked the Lunar Rover for the last time and headed back to the Lunar Module, he took his sample excavator and wrote “TDC”, his daughters initials, next to the Rover. The initials are still there today, and will probably last about 50,000 years if nobody shows up and drives over them.

15. The island of Zakynthos is one of the few places in Greece whose Jewish population entirely survived World War II. The local bishop and mayor when asked by the occupying Nazis for a list of Jews on the island, they provided a list which included only their own names, Mayor Carrer and Bishop Christodoulos. The islanders successfully concealed the 275 Jews on the island. 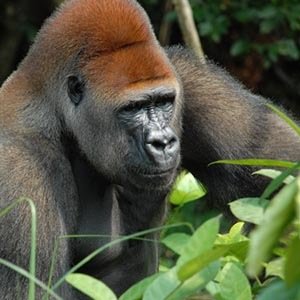 16. Koko the gorilla, who could communicate with sign language had a pet kitten. One day, Koko’s trainers arrived to find a sink ripped out of its wall. When they asked Koko who did it, she blamed it on the kitten.

18. Octopuses gather shiny things and make a garden with them in the sand.

19. When male puppies play with female puppies, they let the females win. Also often during play, dogs will engage in what is called ‘fair play’, so a bigger dog will be careful not to use too much force, and bow down into a crouch to be on level with the smaller dog. It encourages co-operation and bonding. This behaviour isn’t limited to dogs either.

20. Baby chimps play with sticks, by pretend-feeding them, cradling them, and treating it like a doll.

21. When dogs see their owner, they secrete the same substance as humans do when they are in love.

22. When seahorses find a mate, they wrap their tails around each other, so that the tide doesn’t drift them apart. They have that one mate for the rest of their lives. When the mate dies, they do too.

23. You are the result of billions of years of random events. The odds that you are alive right now is just as you are, are astronomically small.

24. When a rabbit is too happy from playing that it can’t contain itself, it does a small, twisting jump called a ‘binky’.

25. Statistically, as you age, you become happier, especially when you’re 50 and up. 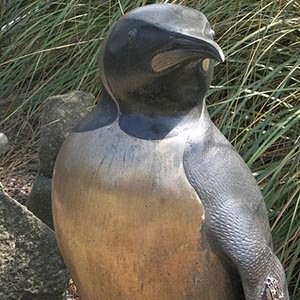 27. Average reported world happiness, on a scale from 1 to 10, is at 7, and it has been rising ever since it was first recorded.

28. The nitrogen in our DNA, the calcium in our teeth, the iron in our blood, the carbon in our apple pies were all made in the interiors of collapsing stars. We are all made of stardust.

29. A group of porcupines is called a prickle.

30. At the time of your birth, you were, for a few seconds, the youngest person on the planet.