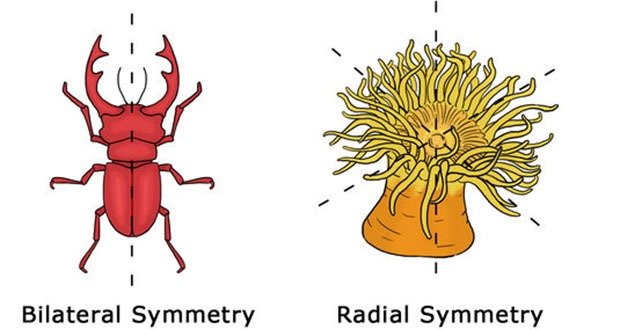 It’s all about protein gradients. It’s part of why life is mostly symmetrical or radial. You have a point of origin, let’s say a shoulder area, producing a particular protein during development. As the cells near it replicate to form an arm, the protein made at the origin spreads into them. The further the cells are from the origin, the less protein they have. Eventually, the cells are far enough away that the lack of that protein signals that the new cells being formed should be hand cells. Those hand cells then function as a new point of origin for a different protein radiating outward, which when present on its own forms finger cells and when mixed with the original shoulder protein forms wrist cells. At about a 50/50 mix of hand/shoulder proteins, elbow cells form.

This is a very simplified explanation, as the truth involves the interaction of countless protein gradients and combinations from tons of origin points, but it’s the general way that your body forms and differentiates.

So the cells on the tip of your nose are far enough from the point where your nose meets your face and have little enough of one or, more likely, five thousand nose proteins that they know they should be tip of nose cells as opposed to anything else. They’re obviously not getting “please become feet” proteins because the origin cells for those are much too far away.

So what happens on the micro scale? 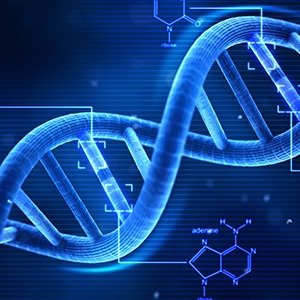 It’s complex. You’ve got so many origins and proteins interacting with all the processes in the cell that it is a pretty perfect map as long as it’s working correctly. Some proteins will enter the nuclei and interact directly with the DNA, activating, promoting, or deactivating different regions. Some will react with other proteins in the cell directly. Some will serve as signals that are read by the membrane proteins of the cells. Some will modify how RNA is transcribed. It’s the most complicated machine you can imagine.

So what determines what proteins are released?

DNA. The DNA in any cell is able to express any protein. Based on its methylation (little sticky buddies that hang out on the DNA), it will want to produce some and not others. Other proteins present in the cell or interacting from nearby cells will also modify which proteins it makes and how much of each. Some proteins will also just straight up bind and inactivate or destroy certain proteins upon their production. Lots of ways to promote and regulate protein expression.

Cells are influenced by the proteins and extracellular structure of everything around them. And if you consider that a protein gradient is potentially originating from many cells away and just spreading trough the nearby cells, then they’re being influenced by cells far away from them as well.

Osmosis is part of it, but it won’t be just 1:1. Cells touch other cells or liquid-filled spaces on all sides, so the osmotic pressures aren’t going to be straightforward. One center cell touched by 12 surrounding cells might have 12 times the concentration of a particular protein than any of the surrounding cells. But even the it wouldn’t be that simple, as each of those surrounding cells have other cells they’re touching.

Then you have to add the fact that proteins aren’t tiny permeable ions, so active and passive transportation channels and protein interactions are going to affect how proteins move between cells.

This is the World Map, drawn from the Memory by 30 People