The Sun is immensely loud. The surface generates thousands to tens of thousands of watts of sound power for every square meter. That is something like 10x to 100x the power flux through the speakers at a rock concert, or out the front of a police siren, except the “speaker surface” in this case is the entire surface of the Sun (which is 10,000 times larger than the surface area of Earth). 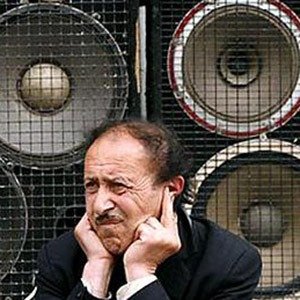 We do in fact know what the Sun “sounds” like. Instruments like Solar Dynamics Observatory’s Helioseismic and Magnetic Imager or The Solar and Heliospheric Observatory’s Michelson Doppler Imager or the ground-based Global Oscillations Network Group observatory measure the Doppler shift everywhere on the visible surface of the Sun, and we can actually see sound waves (well, infrasound waves) resonating in the Sun as a whole! Pretty effing cool, eh? Since the Sun is large, the sound waves resonate at very deep frequencies. Typical resonant modes have 5-minute periods, and there are about a million of them going all at once.

The resonant modes in the Sun are excited by something. That something is the tremendous broadband rushing of convective turbulence. Heat gets brought to the surface of the Sun by convection, hot material rises through the outer layers, reaches the surface, cools off (by radiating sunlight), and sinks. The “typical” convection cell is about the size of Texas, and is called a “granule” because they look like little grains when viewed through a telescope. Each one (the size of Texas, remember) rises, disperses its light, and sinks in five minutes. That produces a Hell of a racket. There are something like tens of millions of those all over the surface of the Sun at any one time. Most of that sound energy just gets reflected right back down into the Sun, but some of it gets out into the solar chromosphere and corona. Solar physicists are not sure yet, just how much of that sound energy gets out, but it’s most likely between about 30 and about 300 watts per square meter of surface, on average. The uncertainty comes because the surface dynamics of the Sun are tricky. In the deep interior, we can pretend the solar magnetic field doesn’t affect the physics much and use hydrodynamics, and in the exterior (corona) we can pretend the gas itself doesn’t affect the physics much. At the boundary layers above the visible surface, neither approximation applies and the physics gets too tricky to be tractable (yet). 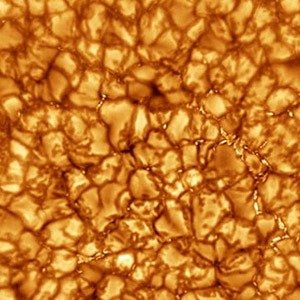 In terms of decibels, if all that leaked sound could somehow propagate to Earth, well let’s see… Sunlight at Earth is attenuated about 10,000 times by distance (i.e. it’s 10,000 times brighter at the surface of the Sun), so if 200 W/m2 of sound at the Sun could somehow propagate out to Earth it would yield a sound intensity of about 20 mW/m2 . 0dB is about 1pW/m2 , so that’s about 100dB. At Earth, some 150,000,000 kilometers from the sound source. Good thing sound doesn’t travel through space, eh? 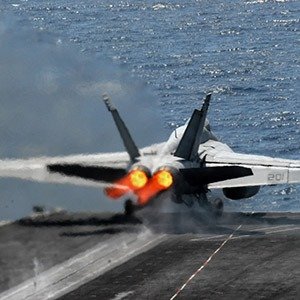 The good folks at the Solar and Heliospheric Observatory’s MDI project created some sound files of resonant solar oscillations by speeding up the data from their instrument by 43,000 times. You can hear those here, at the Solar Center website. Someone else did the same thing with the SDO/HMI instrument, and superposed the sounds on first-light videos from SDO . Both of those sounds, which sound sort of like rubber bands twanging, are heavily filtered from the data — a particular resonant spatial mode (shape of a resonant sound) is being extracted from the data, and so you hear mainly that particular resonant mode. The actual unfiltered sound is far more cacophonous, and to the ear would sound less like a resonant sound and more like noise.

25 Interesting Facts About Marriage and Divorce