“If you remove all the space in the atoms, the entire human race could fit in the volume of a sugar cube” Is this how neutron stars are so dense or is there something else at play?

A nucleon (proton or neutron) is about 1.5 femtometers across, which is 1.5×10-15 meters. So the number density of nuclear matter is about 0.1 nucleons per cubic fermi, or 0.1 fm-3. I don’t have a source for these and I don’t care to google it; these are just the numbers I have at my finger tips for my research, but if you’d like to know more you can google the “nuclear saturation density.” 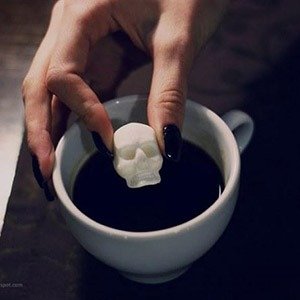 Anyway, if the average person has a mass of about 60 kg, and that mass is 99.99% in the nucleons, then we can just take the number of humans in the world times their mass, divide by the nuclear mass density (which is the number density times the mass of a nucleon).

and remember to show your work. So we find the volume of every living human being, compressed to be pure nuclear matter like in a neutron star, is about 2.5 mL, or 2.5 cubic centimeters. Sure, that sounds like a sugar cube or two to me. The Wikipedia list tells me this is about half of a teaspoon, which is disappointing because these lists usually have some very fun examples. 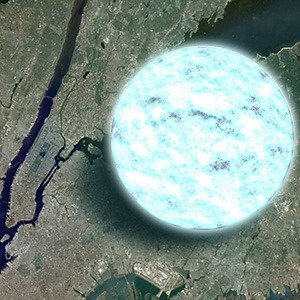 This all makes sense to me, because an example I often use in talks is that a solar mass neutron star is a little bigger than Manhattan Island. Similarly, one Mt Everest (google tells me about 1015 kg) of nuclear matter is a little more than a standard gallon. Now we can do some fun ratios: 1 Mt Everest is approximately 2300 standard humanity masses.

Everything after this point is irrelevant to the question, and was written because I’m killing time in an airport. 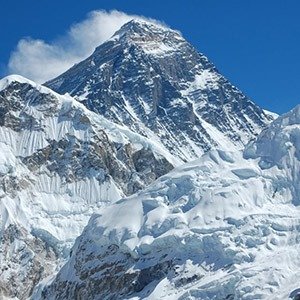 I don’t mean for these calculations to be super accurate to an arbitrary number of decimal places; they’re only meant to give you a sense of how big something is, or how two quantities compare. Physicists do these order of magnitude calculations just to check how two effects might compare- is something 10x bigger than something else, or 100000x? So in this problem, the important thing is that the volume is about the same order of magnitude as the volume of a sugar cube. Maybe one, maybe two, maybe a half of a sugar cube, but certainly not a truck load of them. All those numbers I gave were just off the top of my head, but I could easily go google more accurate numbers… it’s just not worth the effort. The difference between 7 billion people and 7.125 billion people may be 125 million, but when you really compare those numbers that’s only a 1% difference. These sort of calculations have lots of names, “back-of-the-envelope” is one, but “Fermi estimate” named for Enrico Fermi is my favorite. Fermi was famously able to calculate absurdly specific things with some careful assumptions which often turned out to be quite accurate. He estimated the energy yield of the atomic bomb by seeing how far the shockwave blew some scraps of paper as they fell, famously getting it really close (he guessed the energy was equal to 10 kilotons of TNT, when it was about 18… not bad). My personal favorite: how many piano tuners are there in Chicago?

Anyways, lets get back to the topic.

If this sugar cube sized remnant of humanity was placed on the surface of the earth what would happen to it? 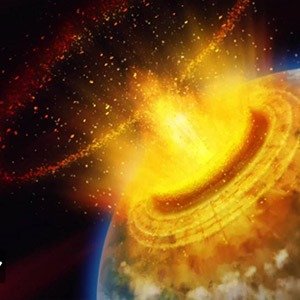 It would explode stupendously. Why? The same reason that if you magically teleported a teaspoonful chunk of neutron star matter onto Earth. The only reason neutron stars don’t explode is because of massive gravitational forces holding them together. However a sugar cube sized remnant does not have the same luxury.

How big of a nuke would be needed to disperse jupiter?