1. Mardi Gras Has An Official Greeting

You will hear Laissez les bon temps rouler (pronounced lay-say le bon tom roo-lay) over and over again at any Mardi Gras celebrations. It means “let the good times roll” in Cajun French, which many party goers can get behind.

2. Mardi Gras Is A State Holiday All Around The US

3. There Are Three Official Colors Of Mardi Gras

Countries around the world celebrate Mardi Gras as the last day of Carnival season, which starts on January 6th, “Twelfth Night.” It ends two weeks later on “Fat Tuesday.” 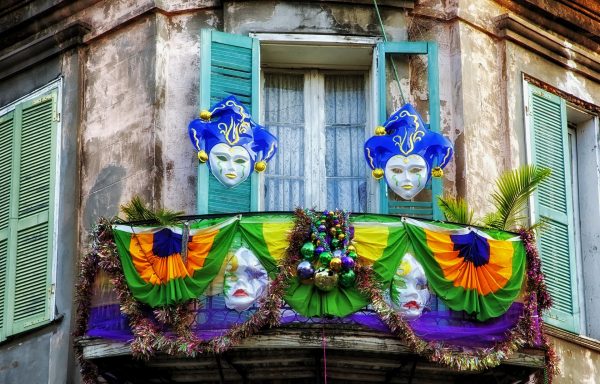 5. Mardi Gras Is A Legal Holiday

Really! Despite what most think, Louisiana made it a legal holiday in 1875, when Governor Warmoth signed the “Mardi Gras Act.” It is also known as Pancake Day in Europe, Australia, New Zealand, and Canada.

6. Another Part Of The Tradition Is “King Cake”

King cake is a purple, green and gold cake with a little fève (or figurine) of baby Jesus (usually made of nuts or fruits) baked into it. Whoever gets the fève in their slice is said to have good luck throughout the year.

Krewes are organizations that put on balls or parades for Carnival or Mardi Gras. Their kind of like clubs and they spend up to twenty thousand dollars each year. There is also a different Krewe for each parade.

8. Not Wearing Masks On The Floats Is Illegal

No joke! The original purpose of the mask was to get rid of social constraints for the day, allowing people to mingle with whomever they chose. So they made a law saying that you have to wear a mask or paint your face, so you’re not recognizable while on a float. 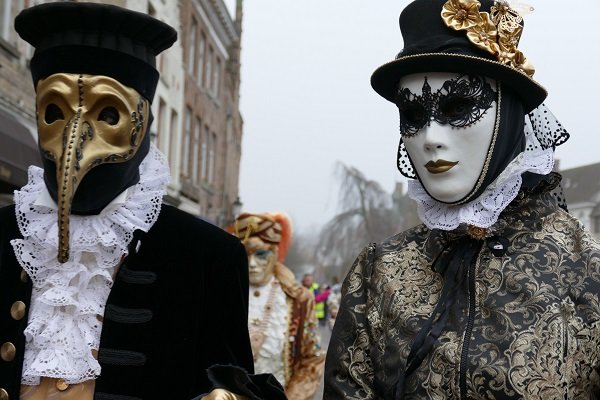 9. It’s Hard To Get Into A Mardi Gras Ball

Many think that Mardi Gras celebrations are only parades. They are wrong. Anyone can attend the parades, but you can also score an invite to a Mardi Gras Ball, which is much harder and very exclusive.

10. Officials Estimate 25 Million Pounds Of Items Get Tossed From Floats

There are so many Mardi Gras items tossed and most of it end up on the street. Locals like visiting ARC of New Orleans and recycling at least their beads for the next year.

What is the scariest thing you’ve ever seen while driving at night?