Here are 25 Interesting Facts About Meteorites. 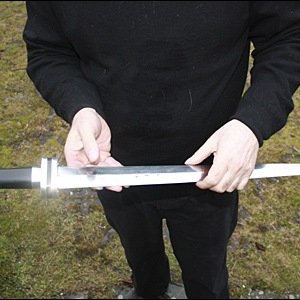 1. Fantasy author, Sir Terry Pratchett had his own sword forged out of iron ore than he dug out and several pieces of meteorites, when he was knighted. He also forged the sword himself. He hired an expert to tutor him through it, but did all the work himself. – Source

2. Hoba, the largest known meteorite to have hit earth left no crater at all. Earth’s atmosphere slowed the object to the point of terminal velocity. The Hoba meteorite is also the most massive naturally occurring piece of Iron known on the Earth’s surface. It most likely ‘skipped’ across the earth’s atmosphere like a skipping stone, due to it being unusually flat on both major surfaces.- Source

3. Excavation made by the researchers south of Cairo found strings of iron beads that they dated to an era thousands of years before Egypt’s Iron Age. Researchers finally concluded that the ancient Egyptians used these as jewelry and the iron came from meteorites – Source

4. There have only been two confirmed cases of humans being hit by a meteorite. Statistically, there is a better chance of getting hit by a tornado, a bolt of lightning and a hurricane all at the same time. – Source

5. Meteorites that fell to Earth during a meteor shower in July of 2011 have been confirmed to be from Mars. The rocks, discovered in Morocco, were likely ejected off the surface of the planet during an ancient asteroid impact. – Source 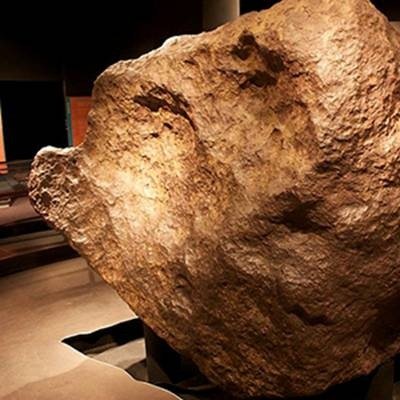 6. For centuries, the main source of metal to Greenland’s Inuits for making tools and harpoons was a 58-ton iron meteorite fragment. – Source

7. Satellites are programmed to avoid meteorites so that they don’t get destroyed. Of over 8,000 satellites orbiting the Earth, only one has ever been hit and destroyed by a meteorite. – Source

8. Before life developed on earth, meteorites that fell on the planet brought reduced phosphorus. This allowed oxidation to phosphates, which provided a mechanism for the generation of DNA and RNA, a precursor for life on earth. – Source

9. Certain medals at the 2014 winter Olympics will contain fragments of the meteorite which hit Russia in 2013. – Source

10. Russia has a cache of trillions of dollars’ worth of industrial-grade meteor crater diamonds that are twice as hard as jewelry-grade ones. – Source 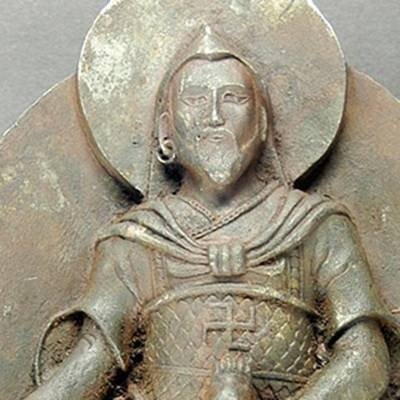 11. An ancient statue that was recovered by a Nazi expedition to Tibet in the 1930s was originally carved from a highly valuable meteorite. It is believed to be part of the Chinga meteorite, which crashed about 15,000 years ago. – Source

12. In 74 B.C., two Greek armies were facing each other across a field preparing for battle when a meteorite smashed the ground between them causing both to flee. – Source

13. Meteorites are not necessarily hot when they reach the Earth. In fact, many meteorites are found with frost on them. A meteorite has been in the near-absolute zero temperature of space for billions of years, so the interior of it is very cold. – Source

14. The meteorite, which most likely wiped out the dinosaurs created a dust cloud so huge it blocked out sunlight for up to a year. The sound wave generated from the impact most likely instantly deafened most organisms with ears and released the equivalent energy of 100 teratonnes of TNT! – Source

15. On average, 33 metric tons (73,000 lbs) of meteoroids hit Earth every day, the vast majority of which harmlessly ablates (“burns up”) high in the atmosphere, never making it to the ground. – Source 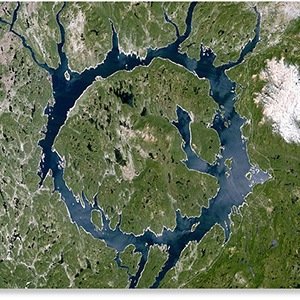 16. 214 million years ago Quebec was hit by a 5 km wide meteorite (fourth largest ever), which created a circular island surrounded by two crescent shaped lakes named Manicouagan Crater but known as the “Eye of Quebec”. – Source

18. Most “shooting stars” (meteoroids) that hit the earth everyday are the size of a pebble – Source 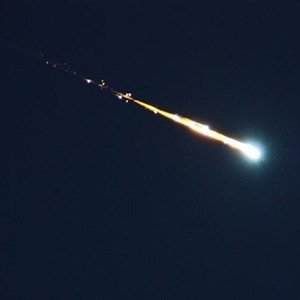 21. An exploding meteorite is called a Bolide. – Source

22. In 2009, the phone company Tele2 elaborately faked a meteorite impact in Latvia. According to Tele2’s officials, the stunt was a ploy to help direct the world’s attention toward the troubled Baltic country as it struggles with a prolonged economic downturn. – Source

23. Scientists theorize that most of our planet’s water arrived from primitive meteorites – Source

24. Certain meteorites have crystalline pattern called Widmanstätten pattern that forms only in outer space and cannot be duplicated here on earth. – Source

25. There’s a town in Kentucky that was built inside a 3 mile-wide meteorite crater. The town claims to be the only one in the US built entirely inside a crater. It also claims to be the home of ragtime music. – Source

25 Interesting Facts About Iron and Steel