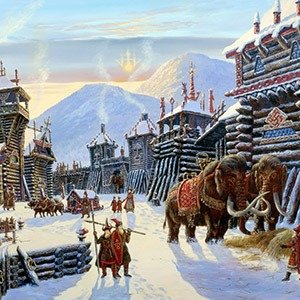 Land to a mythical group of beings, said to be spirits come to Earth from the Pleiades, Hyperborea described as a paradise, a perfect Eden. Its inhabitants, known as Hyperboreans, were said to be extremely happy all the time, partly owing to the fact that they were unable to fall ill and had a greatly extended lifespan. The location of Hyperborea, which explains the name, was vague, with the main detail being the idea it was beyond the North Wind (Boreas was the god of the North Wind.) Spending his winters there, Apollo was the favored god of the Hyperboreans, who build a large circular temple in his honor.

Much of our knowledge of Hyperborea comes from the historian Herodotus, who included it in book four of his Histories, written during the fifth century B.C. Said by Herodotus to have been located in northeast Asia, the exact location of Hyperborea has been placed as far north as the Arctic Circle. Unfortunately for mortals, they were unable to enter this hallowed land; other than the gods themselves, only great heroes like Herakles were able to survive a visit. 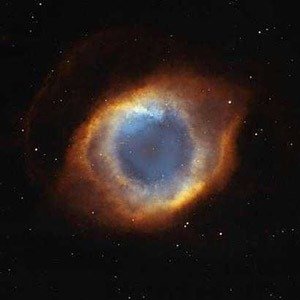 A planet (or star, depending on the translation) described by Joseph Smith as a translation of the ancient Egyptian plates which form the bedrock of the Mormon religion, Kolob is the closest planetary object to the throne of God. Shown to Abraham in a vision, Kolob is said to be the oldest and greatest of the planets, as well as the farthest away from Earth “discovered by the fathers”.

Like Miller’s planet in Interstellar, the passage of time on Kolob is sped up to an insane degree: every day on Kolob is the equivalent to 1,000 years on Earth. (1,000 years on Earth is said to be equal to one day to God.) Though the exact location in space is unknown, Earth itself is believed by Mormons to have formed near Kolob 6,000 years ago, before being hurled through space to its present location. 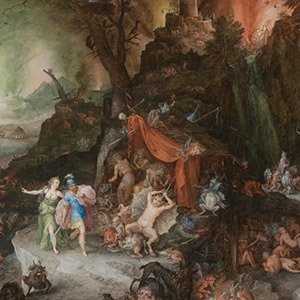 One of a number of different places occupying the afterlife in ancient Greek mythology, Tartarus served two purposes: first, it was the home of sinful mortals, infamous or not, and second, it was the eternal jail of the Titans, mythical beings who warred against Zeus. Said to be as far from Earth as Earth was from heaven, Tartarus took its place where most traditional hells did: deep underground. After helping Zeus defeat the Titans, the Hekatonkheires, mythological giants who had a hundred arms each, became the guards of Tartarus.

The Roman version of Tartarus differed in a few ways, namely the flaming river Phlegethon, which encircled the entire area, and the columns of adamantine, an extremely durable substance, one so hard nothing can cut through it. The Roman Tartarus was also said to have had a fifty-headed hydra standing guard at its gates. 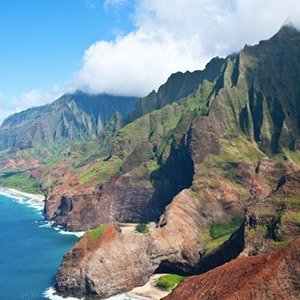 Like many cultures, the Māori people of New Zealand believe they lived in another land before settling in what is now their home: for them, that land was Hawaiki.  Simply described as lying somewhere in the west, tradition states the trip was made via canoe, owing to the fact that Hawaiki had become overpopulated, with the date usually given as sometime in the 13th century A.D. Modern scholarship has placed a home for Hawaiki in modern-day Taiwan or any other number of eastern Pacific island groups.

Seen by many as a spiritual place where the gods live and the spirits of the dead all return, Hawaiki is also said to be the source of all mankind, with many other Polynesian cultures telling similar stories of an island their descendants sailed from before finding their eventual homes. Unfortunately, for would-be travelers, most of the stories involving Hawaiki tell of an island sunk into the sea, whether by volcanic explosion or some other disaster. 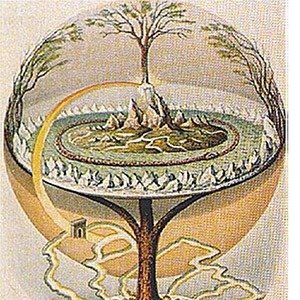 Less one specific place and more the idea itself, the axis mundi is extremely prevalent throughout world mythologies and religions. Often seen as a pole or a tree, it is the center of the world, connecting the heavens, the mortal realm (Earth), and hell or the underworld. One of the most well-known examples is perhaps Yggdrasil, the immense ash tree of Norse mythology. Other examples include Jesus’ cross or Jacob’s ladder.

Sacred temples or places often serve as an axis mundi, with mountains being especially common, especially in eastern Asia. (Mount Fiji in Japan is one of the best examples of this.) In addition, sacrificial altars or other ritualistic items are placed in these locations, owing to their proximity to the spiritual realm. In fact, when new religions began encroaching on the territory of an old religion, any axis mundi in the area were normally appropriated; in Christianity’s case, this meant building churches out of formally sacred trees. 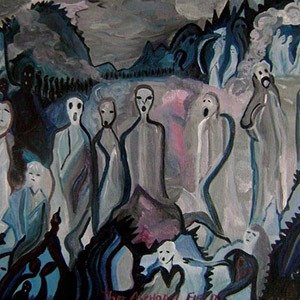 One of a number of different destinations for souls in Greek mythology, the Asphodel Meadows were likely the most filled because they were for the ordinary people, those who lived an average, unassuming life. Where Tartarus was for the dirtiest of sinners and the Elysian Fields were for the greatest of heroes, the Asphodel Meadows served as a dumping ground for everything in between. Described as a gloomy and grey place, the area was ruled by the three judges of souls: Aeacus, Minos and Rhadamanthys.

Barren, save for the dull, scentless plant from which the area gets its name, the Asphodel Meadows were almost seen as a punishment, the destination of the unremarkable, as Greek society exalted those who had become the greatest of their field. However, the spirits of heroes could sometimes be found wandering throughout, aimlessly spending their afterlife among the proletariat. Blood sacrifices given in their honor would grant those heroes the ability to experience their humanity for a short period of time in the Asphodel Meadows. 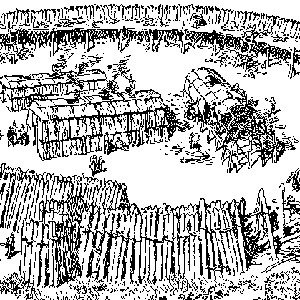 The purported legend of Iroquoian Indians living in Canada, the Kingdom of Saguenay was said to lie on the eponymous Saguenay River in what is modern-day Quebec. First revealed to a French explorer named Jacques Cartier, the land was home to large gold mines, as well as enormous deposits of precious gems. (The amount of riches was said to equal that which the Spaniards found in the Mayan lands in Peru.) The inhabitants of the Kingdom of Saguenay were not like normal humans either; it was said they had one leg, flew like bats, never ate and didn’t have anuses.

Upon hearing the news, Cartier plotted to kidnap the local chief who had told him about the mythical kingdom, with the intention of bringing him to France to persuade the king to send a larger expedition. (The chief, Donnaconna, later died in France.) Nevertheless, an expedition was launched, with Cartier eventually returning to France empty-handed. A different Frenchman led a new expedition, which was fruitless as well. In the end, all hope of ever locating the kingdom, if it ever existed, faded away. 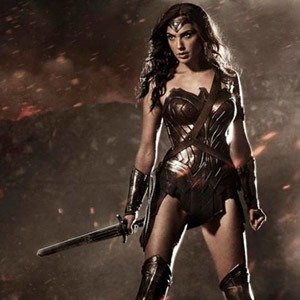 Home to the mighty Amazons of Greek legend, Themiscyra was the capital of the all-female nation, located right on the mouth of the Thermodon River. One of a possible three cities in the area (though its existence as a real city is up for debate), perhaps the only noteworthy sight to see in the city was a sanctuary dedicated to the goddess of the hunt, Artemis. Otrera, perhaps the first queen of the Amazons and consort to the god of war, Ares, built a famous palace which would have also been a must-see for any would-be traveler.

One reason for the belief of a link between Themiscyra and the worship of Artemis was the siege laid upon the city by the Romans under Lucullus. As the battle raged on, the townspeople sent bees and bears, an animal closely linked to Artemis, against their attackers, repelling them. Bees also played an important role in the Thesmophoria, a sort of female-only festival held throughout Greece, one in which they celebrated their own customs and may have even dressed up as Amazons. 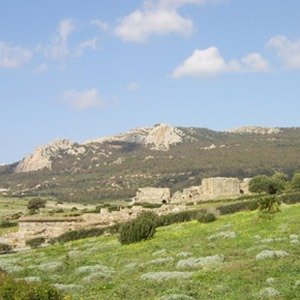 A South American legend related to the Spanish during their conquest of the continent, the Sierra de la Plata (“Mountain of Silver”) was a mythical city, purported to be home to a vast amount of silver, an amount so large as to be inconceivable. Located deep within the jungles of Brazil, it was also said to be ruled by a white king. Some believe that the silver mines of Potosi are the source of the rumors but it is much further west than Sierra de la Plata was placed.

First told to a Portuguese explorer named Aleixo Garcia by the Guarani tribe who befriended him and the men with whom he was stranded, the tale of untold riches prompted an expedition, led by Garcia, who had managed to recruit over 2,000 Guarani warriors to go with him. Ultimately fruitless, it nevertheless led to a number of different Spanish trips to find the city, with each one proving just as pointless as the last. 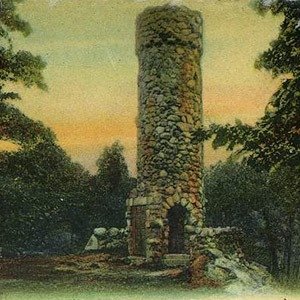 First showing up on a map by Girolamo Verrazano in 1529, Norumbega was purported to be a Viking settlement located in the northeast of North America. However, the legend didn’t really gain traction until the stories of a British sailor named David Ingram made it back to England. He claimed to have been a guest in a fantastical city in New England, the gem-encrusted, golden-walled city of Norumbega. Thanks to his imprecise directions, as well as the fact it most likely never existed, expeditions sent to locate the fabled city failed spectacularly.

In the late 1800s, a Harvard professor named Eben Horsford claimed to have evidence to support his theory that Norumbega was a real city and had been located near Boston. Undaunted by critics, Horsford pressed on, even claiming to have found evidence a mere three blocks from his own home in Cambridge. Eventually, his theory grew to include a number of different settlements throughout the area, totaling over 10,000 people, with Norumbega becoming more of a country, with a burgeoning wood industry, as well as a fort along the Charles River. Widely discredited now (and then), Horsford built a number of buildings and plaques to honor the colonists he believed had previously lived there.