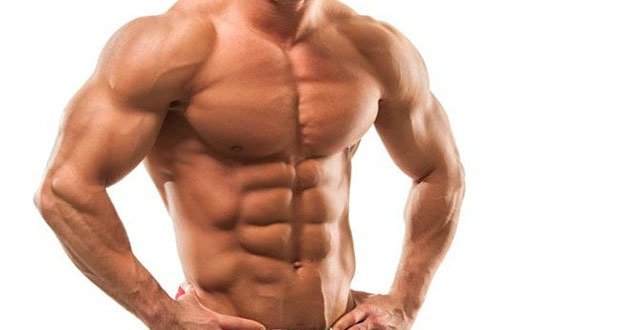 1. The word ‘muscle’ is derived from the Latin word “musculus”, which translates to “little mouse”. When physicians were first observing the musculature, it is said that they remarked that the muscles in the biceps and calves (most notably) looked like mice running under the skin.

3. The word ‘daisy’ comes from the Old English for “day’s eye”, as the flowers open during the day and shut again at night.

4. The English words ‘traitor’, ‘tradition’ and ‘trade’ have the same root word ‘trado’ (tradere, tradidi, traditum) because they all involve handing something over.

5. Ultracrepidarian is a person who gives opinions beyond his area of expertise. The story goes that in ancient Greece there was a renowned painter named Apelles who used to display his paintings and hide behind them to listen to the comments. Once a cobbler pointed out that the sole of the shoe was not painted correctly. Apelles fixed it and encouraged by this the cobbler began offering comments about other parts of the painting. At this point the painter cut him off with “Ne sutor ultra crepidam” meaning “Shoemaker, not above the sandal” or one should stick to one’s area of expertise. 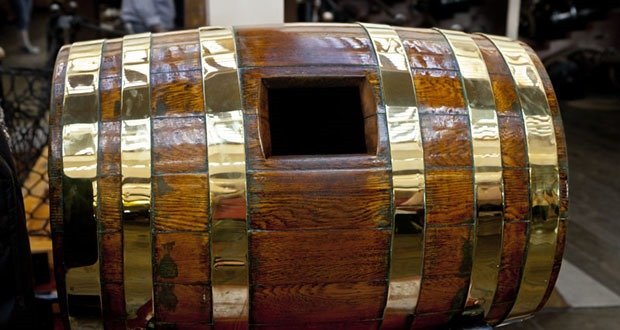 6. The word ‘scuttlebutt’ is filtered down from the age of sailing. Scuttlebutt was a cask (a butt) kept near an opening (a scuttle) to the lower decks. Sailors could grab a drink of water from it and would natural gossip around it. It’s identical to our use of the word ‘water-cooler talk’ to refer to gossip.

7. Similarly, ‘toerag’, an affectionate term a grandparent would call a misbehaving small child, originally referred to the frayed end of a rope dangling into the water at the head of the ship, used for cleaning one’s backside.

8. Similarly, ‘square meal’ too is filtered down from the age of sailing. In the age of fighting sail, sailors required up to 5000 calories a day with all the manual labor. They were given stodgy, large meals served on square wooden plates/boards for easy storage and harder to break, so the term became synonymous with a good meal. 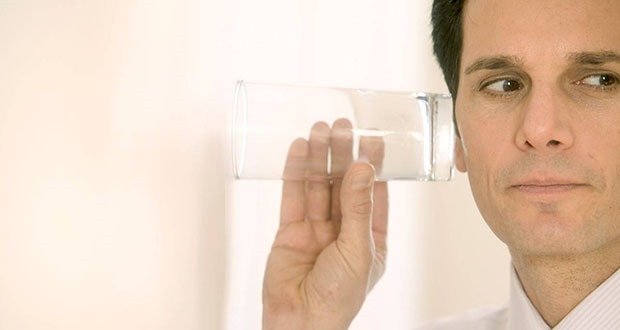 11. Eavesdropping. Before the invention of guttering, roofs were made with wide eaves, overhangs, so that rain water would fall away from the house to stop the walls and foundations from being damaged. This area was known as ‘the eavesdrop’. The large overhang gave good cover for those who wished to lurk in shadows and listen to others’ conversations. Since the area under the eaves was considered part of the householder’s property you could be fined under Anglo-Saxon law for being under the eaves with the intention of spying.

12. This example is not of a specific word, but rather a whole group of words. Consider that we call many animals by a different name than the food from them. Cow – Beef, Pig – Pork. Chicken -Poultry. Deer – Venison. This can be traced back to the Norman Conquest of England in the 11th century, when the French came and took the crown. When the dust settled, England had French nobility ruling over peasantry with Germanic origins. As a result, the languages used were a mish-mash of French and Germanic.
What does this have to do with food? The peasantry raised the animals, so the names of the animals have Germanic origins. Cow from cou, pig from picbred, deer from dier or tier. Although they raised the animals, it was the nobility who ate the majority of them, so the words for the food come from French. Pork from Porc, Beef from Boeuf, Venison from Venesoun.
Obviously this doesn’t hold true for all foods, especially those from the New World (which was many centuries after the Norman Conquest). Modern language has begun to eliminate some of the usages (such as calling the meat chicken instead of poultry).

13. The ‘Yucatan Peninsula’ is so named because in one of the local languages, “yucatan” means something along the lines of “I can’t understand you.” Terry Pratchett’s Discworld contains a mountain named “Skund”, which translated to “Your finger you fool” in the local language. There is also Mt. Oolskunrahod, which translates to “who is this fool who does not know what a mountain is.” There’s a pond in Finland called Onpahanvaanlampi, from proper Finnish Onpahan vaan lampi, roughly translating to “well, it’s just a pond.” There are a lot of tautological place that follow similar patterns, such as the Mississippi River. “Mississippi” just means “big river” in Algonquian. ‘East Timor’ (east east) and ‘Sahara Desert’ (desert desert) are other examples.

14. The word “tuxedo” comes from the Lenape (an American Indian language) word for “crooked river”. I like this because on the surface, it seems to make no sense. It turns out that “tuxedo” as the name for a dinner jacket comes from Tuxedo Park, NY, where they became popular in the late 1800s.

15. The phrase “hands down” comes from horseracing and refers to a jockey who is so far ahead that he can afford drop his hands and loosen the reins (usually kept tight to encourage a horse to run) and still easily win. 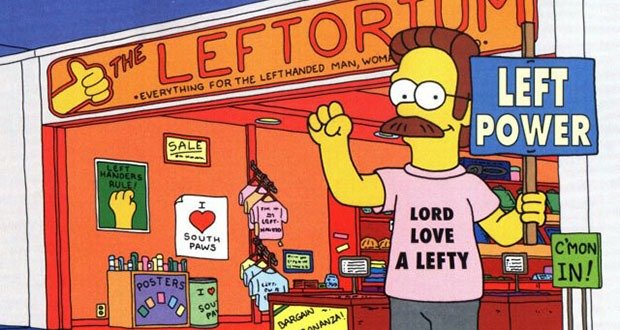 16. The word “sinister” comes from the Latin word (also “sinister”) meaning left, because left-handed people were blamed for being cowards, evil, demons, whatever, your typical scapegoat. Even in Italian “sinistra” still means left. Similarly the English word “left” comes from a Germanic word for “weak”. Similarly, “dexterous” for being skilled with the hands comes from the Latin “dexter” referring to right as a side or direction, i.e. a right-handed person.

17. ‘Dunce’, meaning idiot, comes from the name of Johannes Duns Scotus, a medieval philosopher and theologian who was really caught up in the battle that raged over the status of universals. He was a really good arguer (not as great as Abelard, but easily on the level of Ockham (yes, that’s the Ockham of Occam’s razor)), so spiteful in real life that trolls who couldn’t face him in the court of logic just turned his name into a pejorative and fought him in the court of public opinion.

18. ‘Dingbat’ is a word with an incredibly diverse variety of meanings and applications, dingbat first referred to an alcoholic drink in 1838. It quickly developed a meaning similar to words such as “doohickey,” “gizmo” and “thingamabob,” which supply terms for items with unknown names. Throughout the next century and a half, dingbat came to denote a vast array of other concepts, including—but not limited to—one of a broad range of typographical ornaments (à la the typeface Zapf Dingbats by Hermann Zapf), a muffin, a woman who is neither your sister nor mother, a foolish authority figure, and, in the plural, male genitalia. While the word took on its current, most common sense of “a foolish person” as early as 1905, that definition was popularized in the U.S. by the TV show ‘All in the Family’ in the 1970s.

19. The word ‘tarnation’ was widely popularized among contemporary folk by the Warner Bros. character Yosemite Sam (e.g., “What in tarnation…?!”), the term was originally an American English derivative of “darnation,” which was, predictably enough, a milder way of expressing the profanity “damnation.” The “t” in tarnation was influenced by “tarnal,” yet another mild 18th century profanity derived from the phrase “by the Eternal,” which was used as such: “Joe paid a tarnal high price for his dillydallying.”

20. ‘Peculiar’ is a deliciously self-describing word. Its origins lie in the mid-15th century, when it meant “belonging exclusively to one person” and denoted the concept of private property. The English word derived its meaning from the Latin word peculiaris, which held a similar meaning. Peculiaris, in turn, was plucked from the Latin peculium, which implied private property, but literally meant “property in cattle.” One might consider livestock to be a curious root for a term referring to private property, but in ancient times, cattle were considered the most important form of property, and wealth was measured by the number of cows one owned. The current meaning of “peculiar” (i.e. unusual) arrived in the 17th century. This definition surfaced after the term evolved to mean “distinguished, or special” in the late 16th century (because, naturally, people blessed with bovine abundance were considered distinguished and special). 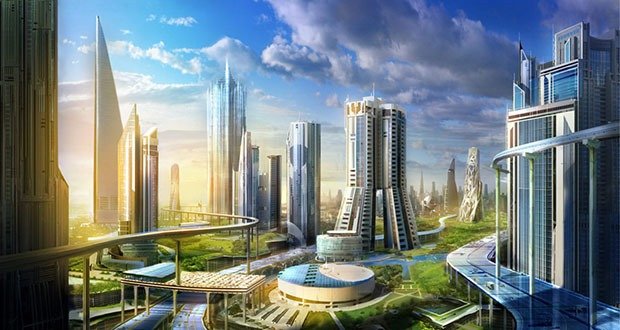 21. Utopia: You may know this word as meaning something along the lines of a perfect paradise. It actually comes from the Greek ού, meaning “not,” and τόπος, meaning “place,’ because a utopia is an impossible place – something that couldn’t exist. Along these lines, dystopia just means a bad utopia.

22. Popularized in English during the mid-18th century, the word ‘slang’ referred specifically to the lexicon of tramps and thieves. Its origin may have been Norwegian, derived from the phrase “slengja kjeften,” which literally meant “to sling the jaw,” but which carried the implication “to abuse with words.” Its current meaning—informal but vivid colloquial speech used as a deliberate substitute for other terms or concepts in the same vernacular—became common in the early 19th century. The use of “slang” was popularized around the same time as the word “slangwhanger,” an American English term meaning “one who uses abusive slang” or “a ranting partisan,” especially one with orange hair (just kidding). Tragically, slangwhanger is uncommon in our current lexicon.

23. The phrase “pull yourself up by your bootstraps” originated shortly before the turn of the 20th century. It’s attributed to a late-1800s physics schoolbook that contained the example question “Why can not a man lift himself by pulling up on his bootstraps?” So when it became a colloquial phrase referring to socioeconomic advancement shortly thereafter, it was more or less meant to be sarcastic, or to suggest that it was a nigh-impossible accomplishment. Eventually, however, the phrase’s commonly-accepted meaning evolved, and now when we tell people to “pull themselves up by their bootstraps,” it’s implying that socioeconomic advancement is something that everyone should be able to do—albeit something difficult. Also: Considering boots with bootstraps (or at least the shoe parts that are commonly called bootstraps, since boots with straps have existed for centuries) weren’t popularized until about 1870, the character called Bootstrap Bill from Pirates of the Caribbean, which took place in the late 1700s, is a bit of an anachronism. “Bootstrapping” is also the origin of “booting up” a computer. This idiom is also the root of the Bootstrap Method, a common method used in mathematics.

24. Shambles: This is a personal favorite because it’s so convoluted. The Latin word it’s derived from, scamillus just means a little stool or bench. “Shambles” originally meant a stool as well. The word then came to mean, more specifically, a stool or stall where things were sold. Then, a stall where meat was sold. Eventually, a meatmarket. Then, a slaughterhouse. Eventually, “shambles” just came to mean a bloody mess. (That was a pun – “shambles” now just means something along the lines of “a scene of destruction.”)

25. Floccinaucinihilipilification: This is another favorite word of mine because its etymology is hilarious. It basically means “the estimation of something as worthless or valueless,” but it comes from four Latin words that all mean the same thing: flocci, nauci, nihili, and pili – all meaning something like “at little value” or “for nothing.” Total absurdity.