Here are 25 Amazing Facts About Planets. 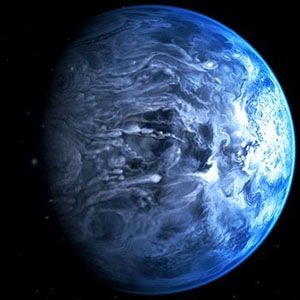 1. Astronomers have discovered a planet where it rains glass (silicate) sideways, in howling 7,000km-per-hour winds. This gives the planet a blue hue. It is 63 light-years from us. – Source

2. NASA has discovered a “waterworld” planet 40 light-years away that may contain exotic materials such as “hot ice” and “superfluid water.” – Source

3. 51 Pegasi B is a gas giant located 440 light years away from us which has temperatures reaching 1000 to 2000°C. Due to such high temperatures, it rains iron there. – Source

4. Jupiter is shrinking at the rate of about 2 cm each year because the planet radiates more heat than it receives from the Sun. – Source

5. Scientists have estimated that there are nearly 2 billion earth-like planets in the Milky Way alone. – Source 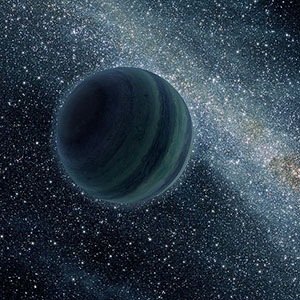 6. There are rogue planets floating through space completely alone, not orbiting any stars. It is also possible that some of these pitch-black planets might support life. – Source

7. Uranus is actually the only planet that rotates sideways and kind of “rolls” around the sun rather than “spinning” like any other planet in our solar system. – Source

8. It rains diamonds on gaseous planets like Neptune and Uranus. They contain methane that at high pressures and temperatures turn into diamonds which then fall to the center of the planet. – Source

9. Scientists have discovered a Neptune sized planet (GLIESE 436 B) that is fifteen times closer to its star than Mercury is to our sun. It is full of water, but due to its massive gravity, water is densely packed together pulled towards the core much like ice with temperatures reaching 439 degree Celsius. It is known as burning ice – Source

10. NASA’s Kepler spacecraft has discovered a giant planet the size of Jupiter 750 light years away that is blacker than coal. It is the darkest planet yet discovered by scientists. It reflects less than 1 percent of the sunlight falling on it. – Source 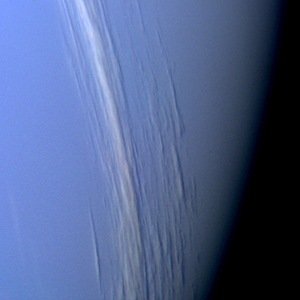 11. Neptune holds the record for the strongest winds in our solar system. Scientists have been puzzled at the discovery of wind speeds reaching 2,100 km/h on Neptune. – Source

12. The asteroid belt between Jupiter and Mars is not the leftover debris of a destroyed planet as it was previously believed. It is in fact the remains of a planet that never formed due to Jupiter’s mass. – Source

13. The largest scale model of our solar system spans the length of Sweden. The Sun is represented by the largest hemispherical building (Ericsson Globe) in the world in Stockholm. – Source

15. Saturn’s moon, Titan, is the only body in our solar system beyond Earth that is known to have liquid on its surface. – Source 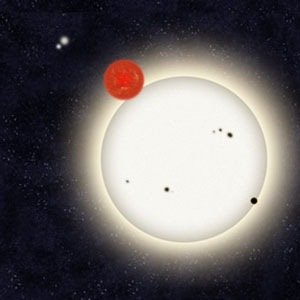 17. Some scientists believe that around 4 billion years ago Neptune and Uranus may have switched their places in the solar system. – Source

18. Jupiter is the fastest spinning planet in our solar system. Due to the intensity of its rotation the planet is flat at the poles and bulges at the equator. It takes less than 10 hours for it to complete a rotation on its axis. – Source

19. In 2011, scientists discovered a star that they later nicknamed Tatooine (from Star War) that orbits a binary star system (a system of two stars that revolve around each other under their mutual gravitation). – Source

20. On Mars, a dust storm can develop in a matter of hours and can envelope the entire planet within a few days. They are the largest and most violent dust storms in our solar system. – Source 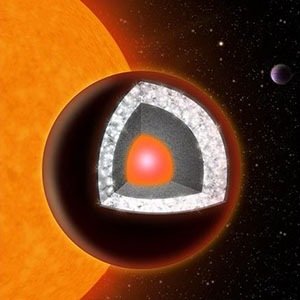 21. In 2012, scientists discovered an exoplanet that was roughly two times the size of earth, that has a crust made of diamond 2500 miles thick – Source

22. Technically, our planet is inside the Sun’s atmosphere – Source

23. There is an exoplanet called COROT-7b where it rains rocks. Its surface temperature is hot enough to vaporize rock pebbles, condense out of the air and rain down. – Source

24. The planet Venus does not have any tilt, so consequently it has no seasons and also it is the only planet in our solar system that rotates clock-wise. – Source

25. Our moon is bigger than Pluto and some scientists think it’s more of a planet in a “double planet” Earth-moon system. – Source 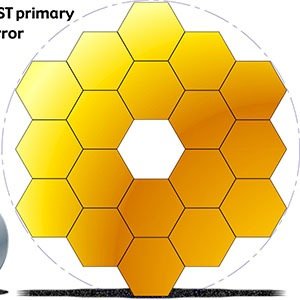 26. James Webb Space Telescope which is to be launched in 2018 will be able to directly image “Earth-like” planets. – Source

27. Scientists believe that if all of the ice on the polar caps of Mars were to be melted, it would cover the entire planet with water to a height of an 30 meters, – Source

29. If Ganymede wasn’t Jupiter’s moon, it would have be considered a planet because its larger than Mercury. – Source

30. From the time Pluto was labeled as a planet, and then demoted to a dwarf planet status(76 years), it never even completed a full rotation around the sun. – Source