This is Point Nemo. The point in the ocean farthest from land. Here you are surrounded by nearly 9 million square miles of water.

The oceanic pole of inaccessibility (48°52.6′S 123°23.6′W) is the place in the ocean that is farthest from land. It lies in the South Pacific Ocean, 2,688 km (1,670 mi) from the nearest lands: Ducie Island (part of the Pitcairn Islands) in the north, Motu Nui (part of the Easter Islands) in the northeast, and Maher Island (near the larger Siple Island, off the coast of Marie Byrd Land, Antarctica) in the south. Chatham Island lies farther west, and Southern Chile in the east. This location is also referred to as “Point Nemo”, a reference to Jules Verne’s Captain Nemo.

On Google Maps it’s “written” in the ocean floor. 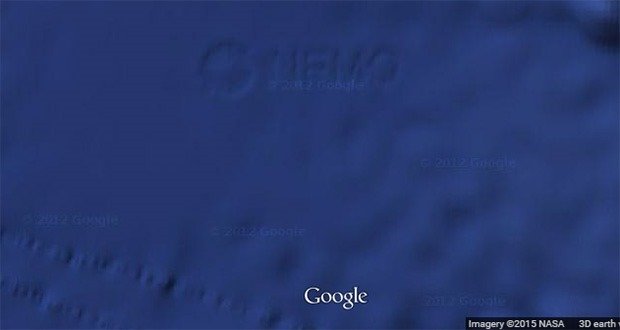 At this point and some other places in the ocean, you’re actually closer to astronauts orbiting the earth in the International Space Station than you are to anybody else on earth. The ISS orbits at only 205 miles. The nearest land to Nemo is 1670 miles.

One more interesting thing to be noted in the map. Because of the way most maps are made, we often forget how big the Pacific Ocean is and how it takes up almost an entire half of the globe (visually speaking, it takes up more than that). The image below should put things into perspective. The earth’s surface is 75% water and 25% land. 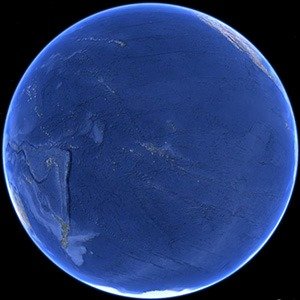 The famous book ‘Moby d*ck’ was loosely based on real events where a whaling boat, hunting in these waters, was attacked and sunk by a sperm whale. It is absolutely one of the worst place to become shipwrecked and cast adrift in lifeboats with no navigation equipment. Not too many ships pass that way at all.

Taking into account estimates for rise in sea level for the 21st century, the few tiny islands currently left in the South Pacific will likely cause the circle to get much bigger.

Why can’t we just launch Nuclear Waste out of Earth & into Sun?