Fair warning, this article is not as uplifting as you usually see around here. We present for you, 15 Facts About Rwandan Genocide.

On April 24th of 1994, Rwanda erupted into violence. Neighbors turned on each other, the family turned on family, love turned to hate and friends became enemies.

2. It Took A Total Of One Hundred Days

The once beautiful country, which is in central Africa, was ruined. 800,000 people were brutally slaughtered, all in one hundred days.

Yes, 200,000, and sadly, they were very similar. They spoke the same language and, mostly, follow the same traditions.

The tension had been simmering between the Hutus, predominantly farmers, and the Tutsis, who raised the cattle, years before the genocide. While Hutu were the majority of the country, the Tutsis were generally in command and had greater wealth and social positions. 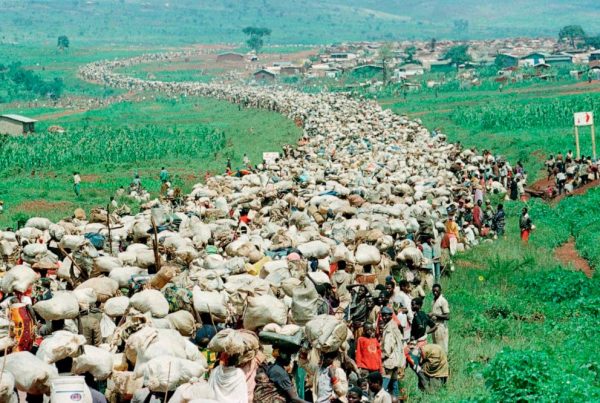 5. In 1962 Rwanda Gained Independence From Belgium

During this time 200,000 Rwandans, (mostly Tutsis) fled the country. Hutu leaders then gained control. By the start of the 1980s, Rwandan exiled groups made political and military moves to repatriate.

The US and Africa were unsuccessful in this regard. In 1994, Rwanda’s President, Juvenal Habyarimana, and the Burundi President, Cyprien Ntaryamira, (who were both Hutus) were killed in a rocket attack that was made on their airplane, while returning from the peace negotiations.

7. UNAMIR Tried To Stop The News From Reaching America, But Didn’t Stop The Massacre

United Nations Assistance Mission for Rwanda (UNAMIR) watched as people were slaughtered in the streets and said that they had no mandate (order, approval, or authority) to intervene.

8. Prior To The Genocide, There Had Been Clear Warnings Sent To The UN About “Hutu Power” 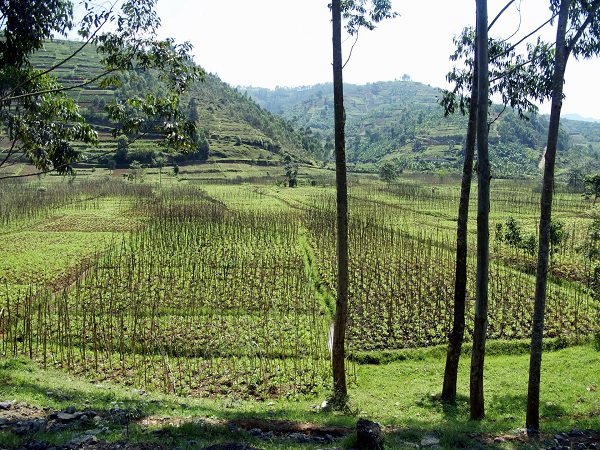 The UNAMIR commander had even sent a telegram to the UN secretary, General Boutros Ghali, three months before the genocide. After the violence started, the UN met in secret. There, Great Britain urged the group to pull out UNAMIR. They later tried to block an American proposal to send a fact-finding mission when the death toll had reached six figures.

9. The Hutu Launched Their Plans To Destroy The Tutsis Civilians After The Presidents Were Killed

The killings took place in the homes of the Tutsis, and they tried very hard to flee (though, sadly, few managed). Extremists set up roadblocks across the country. This, effectively, put a stop to any other escape plans. The murder was systematic, and the women were brutally raped.

10. The Corpses Were Covered In Banana Leaves

In the countryside, people would cover their dead in banana leaves and put them in the road. The genocide organizers were actually very conscious of the risks of international scrutiny. Over the radio, they would encourage the killers to continue but would ask that no more corpses were to be put in the road.

11. On Average, Six Men Women And Children Were Killed, By The Minute

The Hutu mostly used machetes, knives, and clubs for their assaults. However, a few of the Tutsis were offered bullets, for a quicker death. The Tutsis tried to hide in churches, hospitals, and schools (which were originally considered safe), but they were still slaughtered. 20% of the Rwandans were killed, and 70% of the Tutsis were slaughtered.

12. In The Beginning There Was Over A Million Tutsis, Now There Is Maybe Eight Thousand

Because of the genocide, more than 75,000 children were orphaned.

The Rwandan Patriotic Forces (RBF) slowly gained strength and began to regain the country. They gained it by mid-July. President Paul Kegame took control. An International War Crimes Tribunal was sent to try the leaders.
The civil war and genocide ended when the Tutsis rebel group, the RBF, defeated the Hutu regime. After the victory, an estimated two million Hutus fled to Zaire, the DRC (the Democratic Republic of the Congo).

Statements such as: “You have to kill the Tutsis, they’re cockroaches. We must all fight the Tutsis. We must finish with them, exterminate them, sweep them from the whole country. There must be no refuge for them.” These messages were whispered into the ears throughout the Rwandan civilization. The killers were not fueled by drugs or violence, but rather by a fanatic dedication to a political cause.

15. This Was Just The Beginning

Grace Mukasekuru is thirty-eight, married and has a daughter. When she was thirteen she experienced the genocide. She tells her version of the tale on YouTube. She had eleven siblings, she lost all but two of them. She also lost a lot of cousins, aunts, and uncles, and she lost both of her parents. She explains how her life was during the genocide, but she also tells us of her life when it was over and she when escaped. Even when she left, the place stayed with her. “We were kind of taken away of that place, but that place never left me,” Mrs. Mukasekuru said in her video. “The genocide lasted for a hundred days. Approximately one million Tutsis were killed and… In a hundred days. And that is bad. You can not describe what that means. But for me sometimes I say, ‘that was only the beginning.’  For an orphan, like my self, that was only the beginning of the struggle that followed. And I feel that sometimes we talk about the genocide and then it is as if it stopped when the war ended. But it did not stop there.” She says at the 14:26 mark. The point is that the genocide is not completely over. It is still going for those more than 75,000 children who were orphaned. You can see how you can help influence this and help make the lives of those children a little better at rwandanorphansproject.org. And to have a sense of what they are going through, watch Grace Mukasekuru’s video. Hear her side of this story. This IS just the beginning, but we can help end it.