Here are 30 Interesting Facts About Ships and Boats.

1-5 Facts About Ships and Boats 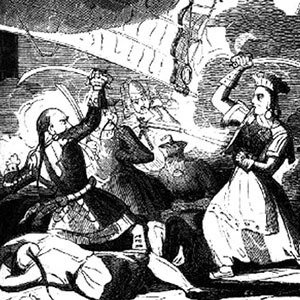 1. A Frenchwoman, Jeanne de Clisson, became a pirate in the 1300’s to revenge her husband’s death who was beheaded. She sold her lands to buy 3 ships. They were painted black with red sails. She hunted French ships, caught nobles, whom she personally beheaded with an axe. – Source

2. In 1812, an American ship rescued a British crew stranded on an island. While the Americans went out to search for food for the extra crew, the British took over the ship and left the Americans stranded on the island. – Source

3. A man who survived the fire and sinking of a ship in 1871, left him emotionally scarred. About 41 years later, he finally was able to overcome his fears and nightmares, deciding to sail again, only to die in the sinking of a new ship, the Titanic. – Source

4. In 1861 a slave took over a confederate ship and delivered it to the Union. He later was given the ship to command during the Civil War. After the war, he bought the house he was a slave in, and became a US congressman. – Source

5. There is a Royal Navy superstition that whistling on a ship can summon strong winds. Traditionally, the only person allowed to whistle is the ship’s cook, as it means he’s not eating the food. – Source

6-10 Facts About Ships and Boats 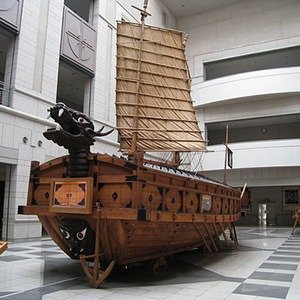 6. Despite never having received naval training or participating in naval combat prior to the war, and constantly being outnumbered and out-supplied, Admiral Yi Sun Shin defeated 333 Japanese ships with only 13 Korean ships at the Battle of Myeongnyang. – Source

8. A treasure hunter named Tommy Thompson located a ship that sank in 1857 called the SS Central America. The ship carried several tons of gold, and in 1987, he recovered over $1 billion worth of gold from it. He never paid back his crew or investors, and hasn’t been seen in years. – Source

9. The real crew on the Captain Phillips’ ship say that he is a fraud, he endangered them, the film is a lie, and they sued for “willful, wanton and conscious disregard for their safety.” – Source

10. There is an old abandoned Russian cruise ship roaming international waters since 2013. – Source 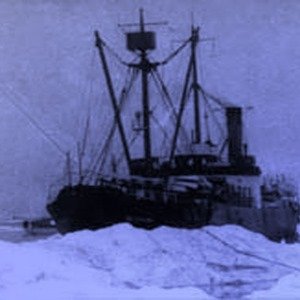 12. Swedish warship Vasa sank in 1628 and was recovered from the ocean in 1961 almost completely intact. This is the only remaining intact ship from the 1600’s. This ship is housed in The Vasa Museum in Stockholm Sweden, a museum built around the ship. – Source

13. Chunosuke Matsuyama, a Japanese Seamen, sent a message in a bottle in 1784 that his ship had wrecked. It washed up in 1935 in the village where he was born. – Source

15. After France refused to deliver five missile boats Israel bought from them, Israel executed a heist to steal the boats and piloted them back to Israel. – Source 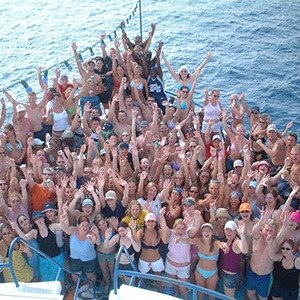 16. In 2004, a party yacht tipped over when the passengers all moved to one side of the boat as it passed a nude beach in Texas. – Source

17. In 2005, a tour bus driver for the Dave Matthews Band released the bus’ septic tank over a grate above the Chicago River. A boat full of sightseers was below at the time, and its passengers were covered with 800 lbs of human waste. – Source

18. Archimedes developed an anti-ship weapon called the Claw of Archimedes. It lifted a ship by the prow then dropped it, often causing the vessel to capsize or at least severely damaging it. – Source

19. During WW2, a Dutch warship was disguised as a tropical island to escape detection by the Japanese. It was the only ship of its class to survive. – Source

20. An intact steamboat from 1856 was excavated in 1988 under 45 feet of dirt in a farmer’s field. Thousands of artifacts were excavated and preserved so well that some of the food was still edible. – Source 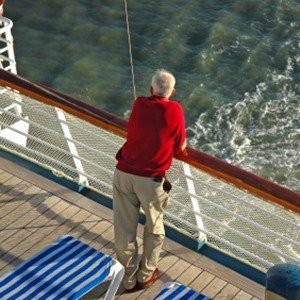 21. In 2004, a study was published showing that retiring to a cruise ship was often as cost effective as retiring to a retirement home and was more effective in providing quality of life. – Source

22. In 2012, an Air Canada flight took a detour to find a stranded Australian yacht. The passengers of the Boeing 777 found the yacht only 25 minutes after the distress beacon was activated. – Source

24. One of the mightiest pirates that ever lived was a Chinese female prostitute named Ching Shih. She controlled 1,800 ships and 80,000 sailors. – Source

25. When researchers from Texas State University, studying the 17th century pirate Captain Morgan ran out of funds while attempting to retrieve artifacts from his sunken ships off the coast of Panama, none other than the Captain Morgan rum company granted them money to continue their work. – Source 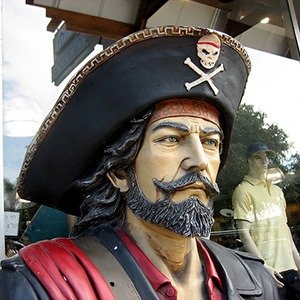 26. Whenever a pirate stopped a merchant ship, it was not uncommon for a handful of merchant crewmen to join the pirates. – Source

27. Over a period of 200 years, 3 ships perished at the same location of the coast of Wales, on the same day (December 5th) and all three had only one survivor. The 3 survivors all had the same name: Hugh Williams. – Source

28. In 2013, the chef of a sunken ship survived for 3 days under the ocean after taking refuge in an air pocket of the ship.- Source

29. Quarantine comes from the Latin word for 40, which was the number of a days a ship had to wait to dock because of the plague. – Source

30. During the Battle off Samar, a single American destroyer charged forward against a huge Japanese force. The ship did so much damage to the Japanese that when she sank, a passing Japanese ship saluted the sinking vessel. – Source