Here is an article about Brief History and Theories about The Force from Star Wars Universe. 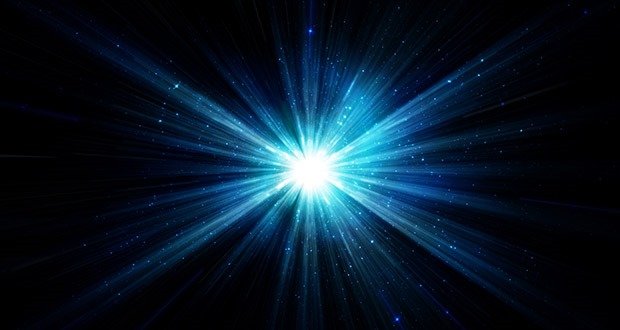 In the Star Wars universe, the Force is a universal energy force that binds all life together. Over millennia, sentient beings learned how to harness the Force to use as a tool and as a form of supernatural sense. Many sects have arisen with the goal of utilizing the Force and studying its abilities, often with different intentions in mind and often dedicated primarily to either the Light or the Dark Side. The most famous and influential of these sects are the Jedi Order and the Sith, who have been at odds since their creation. There are many other other philosophical views of the Force.

In 36,453 BBY, The Force was “discovered” by several scientists and philosophers on the planet of Tython. In 25,793 BBY, several Tythan scholars began using their knowledge of the Force to pursue power, leading to the Force Wars. This was a conflict between followers of light side, then known as Ashla and the followers of the dark side, known as the Bogan. The Ashla followers won the war and established the Jedi Order in 25,783 BBY. Its founders were Ters Sendon, Cala Brin, Garon Jard, and Rajivari.

Around 6900 BBY the followers of Bogan, known as the Exiles, founded the Sith on the planet of Korriban after fleeing from battle. The Dak Jedi conquered Korriban and its people, the Sith species. Through the use of their powers, the Dark Jedi became revered as gods and some time later through interbreeding the term Sith was also used to describe the fallen Dark Jedi. And so, Ajunta Pall, a Dark Jedi, became the first Dark Lord of the Sith and marked the beginning of the first Sith Empire.

02. The Four Aspects of the Force 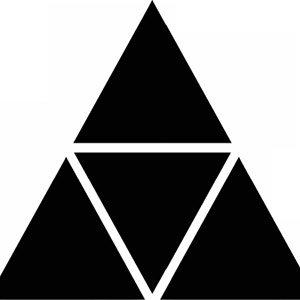 Pictured above: a Jedi representation of the Force

The grand nature of the Force made it quite difficult to study as a whole; a student could easily become lost in its depths trying to focus on a speck in the void. In order to make the Force easier to study it was broken down into four theoretical aspects: the Living, the Unifying, the Cosmic and the Physical Force. In this way scholars may choose to focus on the tangible realities of the world and how the Force influences the lives on individuals or transcending into thinking about the universe.

Living Force: It reflects the aspect of the Force which connects all living beings. The present, here and now which flowed about to allow a Force-sensitive being to sense life and death. It concentrated heavily on relying on one’s instincts and caring for living things rather than fulfilling destiny.

Unifying Force: Reflects the aspect of the Force which required a significantly greater amount of understanding than the Living Force, constituting it as a single cosmic power and creating visions of the future that were of particular significance and focused heavily on fulfilling destiny. The view saw the Force as a deity and had neither a Light or Dark side.

Cosmic Force: Reflects the aspect of the Force which connected the Living Force to a unifying whole, allowing the user to become one with the Force and manifest themselves as ghosts. One such example is that of Qui-Gon Jinn when during the Clone Wars, he appeared to Obi-Wan Kenobi during his visit on Mortis.

Physical Force: Reflects the aspect of the Force which allowed one to manipulate objects within his or her surroundings. 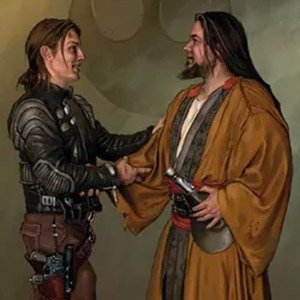 The Potentium viewed the Force as being inherently good and believed that there was no evil within the Force. To them light and dark side of the force did not exist and that evil only existed within the individual and not within the Force. This meant no separation between light and dark side abilities and were simply seen as Force abilities. This somewhat mirrors the views of the Gray Jedi (below) with the exception of seeing an evil side to the Force. Many Potentium followers avoided the dark side. This meant avoiding evil within themselves but not the Force, like previously stated, they saw no evil side to the Force.

04. The Jedi and the Light Side of the Force 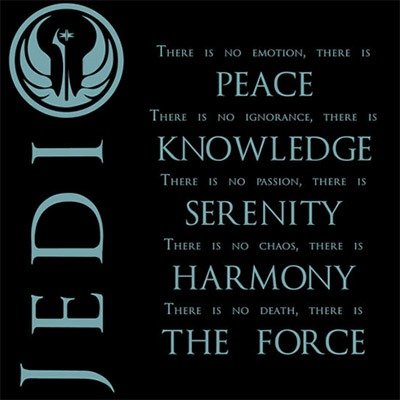 The Light Side of the Force, primarily represented by the Jedi, is a selfless ideal. Followers of the Light are often willing to sacrifice themselves in order to save somebody else. They believe in peace and harmony with one another and finding balance in the Force. Using powers of the Light Side requires peace and calm thoughts, giving of themselves and attempting to find peaceful resolutions.

In following the Code, Jedi behavior was rigidly structured to uphold self-discipline, responsibility, and public service. They honored life, the law, the Order itself and the master-student relationship. The Jedi conquered emotions and materialism. They followed three core tenets known as the Three Pillars of the Jedi, the Force, Knowledge, and Self-Discipline.

The Force meant for the Jedi to simply understand what it meant and its purpose. This understanding came through the aspects of the Force, mainly the Unifying and Living Force. Knowledge meant exactly what it sounds like. A Jedi had to have great wisdom and knowledge in order to rightfully perform their duties. The third Pillar, focused on looking into oneself by meditating in order to achieve self-control and to become closer to the Force. Jedi combat training was only given after a mastery of the first two tenets as well as the third.

They believe in following the will of the Force, viewing themselves as a tool to be used by the Force.

05. The Gray Jedi and the Force 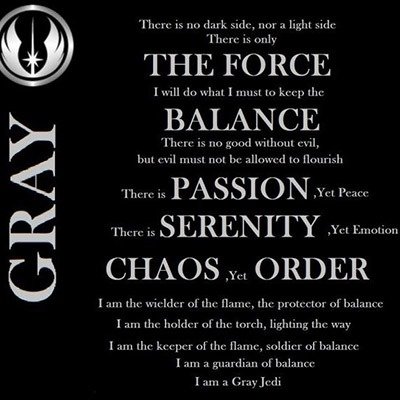 To the extent of my knowledge the above code is actually fan fiction but I chose to add it for further understanding of Gray Jedi views.

The term Gray Jedi had two meanings. First, it was used by Jedi and Sith to describe Force-users who walked the line between the light and dark sides of the Force without surrendering to the dark side, and second, it described Jedi who distanced themselves from the Jedi High Council and operated outside the strictures of the Jedi Code. However, those who were considered to be true Gray Jedi met both qualifications and did not belong to any particular Force tradition.

Gray Jedi were seen as outcasts by the Order as they operated outside of its boundaries. They never fully committed to either side of the Force and were able to use abilities from both sides of the Force. Using both sides of the Force did not necessarily mean they were Gray Jedi as there were some Jedi to have existed that used both but remained loyal to the Light side and the Jedi Order.

06. The Sith and the Dark side of the Force 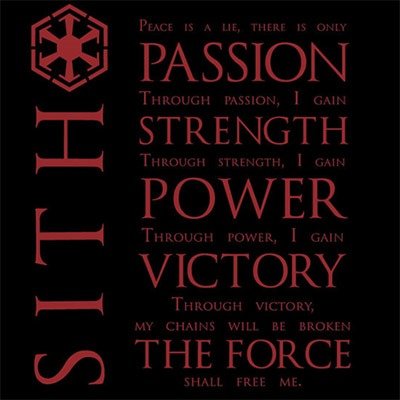 Followers of the Dark Side known as Dark Jedi, primarily represented by the Sith, are often selfish. They believe in the survival of the fittest. Their primary goal is to acquire power and control, conquering those weaker than them. They feed on their own hatred and the hatred of others. Using powers of the Dark Side requires taking from others, causing pain, and feeding on their own dark emotions. Those who used the dark side were known as either Darksiders, Dark Side Adepts, or Dark Jedi when unaffiliated with a dark side organization such as the Sith. They believe in controlling the Force; they deny the existence of fate and believe they can create their own destiny.

The Sith gained strength through their emotions of pain, anger, fear and so forth. They believed that by following the code they could break free of their chains allowing them to do anything that they wished to do. The Sith believed in a prophecy that only the Sith’ari, free from all restrictions would be able to lead the Sith into a new era of strength, ironically, by destroying them. Their destruction would pave the way for new Sith more powerful than ever before. The Sith’ari is confirmed to have been Darth Bane and fulfilled the prophecy by destroying the Brotherhood of Darkness and adopting the Rule of Two.

At what rate, if any, does the earth produce fossil fuels?

25 Kickass and Interesting Facts About Sound