On our ongoing series to bring the Star Wars Expanded Universe (non-Disney canon) to KickassFacts, here is the part 1 of the two part series on the Lightsaber from the Star Wars Universe. 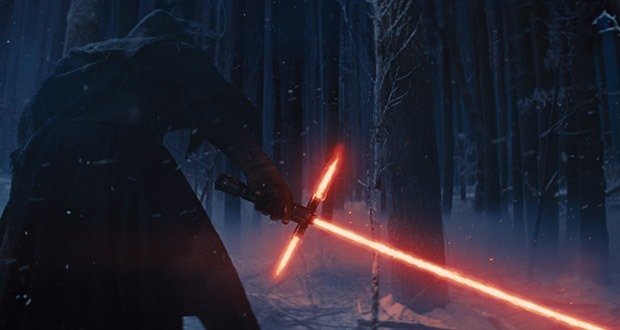 “This was the formal weapon of a Jedi Knight. Not as clumsy or random as a blaster. More skill than simple sight was required for its use. An elegant weapon. It was a symbol as well. Anyone can use a blaster or a fusioncutter—but to use a lightsaber well was a mark of someone a cut above the ordinary.” – Obi-Wan Kenobi

The lightsaber was a distinctive weapon, the very image of which was inextricably bound to both the Jedi and Sith orders. It became synonymous with the Jedi Order’s values to uphold peace and justice throughout the galaxy. 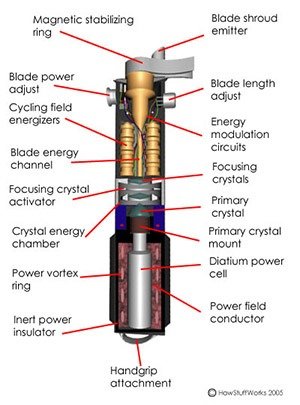 The weapon consisted of a blade of pure plasma emitted from the hilt and suspended in a force containment field. The field contained the immense heat of the plasma, protecting the wielder, and allowed the blade to keep its shape. The hilt was almost always self-fabricated by the wielder to match his or her specific needs, preferences and style. The hilt was also built similarly to his or her master’s lightsaber as a mark of respect. Due to the weightlessness of plasma and the strong gyroscopic effect generated by it, lightsabers required a great deal of strength and dexterity to wield, and it was extremely difficult—and dangerous—for the untrained to attempt using. However, in the hands of an expert of the Force, the lightsaber was a weapon to be greatly respected and feared. To wield a lightsaber was to demonstrate incredible skill and confidence, as well as masterful dexterity and attunement to the Force. 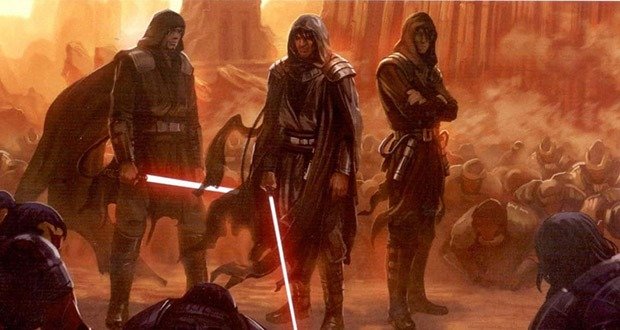 Exact numbers are scarce, but it is believe that the first variation of the lightsaber appeared around 25000 years before the battle of Yavin. This particular blade was known as ‘The first blade’ and was made by an ancient Jedi master known only as the ‘Weapon master’. It was made using advanced off world technology combined with a ritual that could ‘stop’ a laser beam.

Though the weapon was operable, many of the order opted to use blade weapons instead, as the technology hadn’t been refined yet. 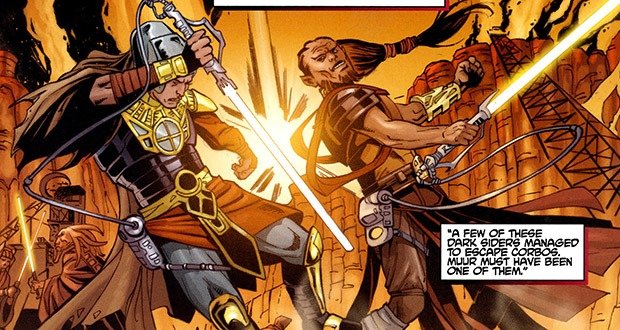 Around 10 millenia later, the research on lightsaber technology finally yielded success. A method was developed in which a targeted beam of energy could be sent out and arched back to its original source, allowing for a closed-circuit high energy blade. That sounds all well and good, but these blades were clunky, unstable and highly inefficient. They required the wielder to wear a rather heavy batter pack with a flexible chord stretching out to the hilt, and even then the blade couldn’t be stopped from overheating after only a brief duration.

Consequently, the blade didn’t see much use outside of ceremonies. 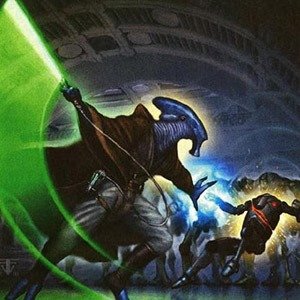 The severe instability that troubled the lightsaber in its early stages was gradually corrected throughout the following millenia. The bulky hilted blades gave way to a more sleek design, which was much more friendly to its user.

However, the lightsaber was still far from refined. The blades were still being plagued by a high energy expenditure, alongside the fact that the energy cord restricted the movement of the wielder, preventing the use of Long range and Kinetic saber combat. Unlike the predecessors, these variations did see operational use, most notably in the Hundred-year Darkness. 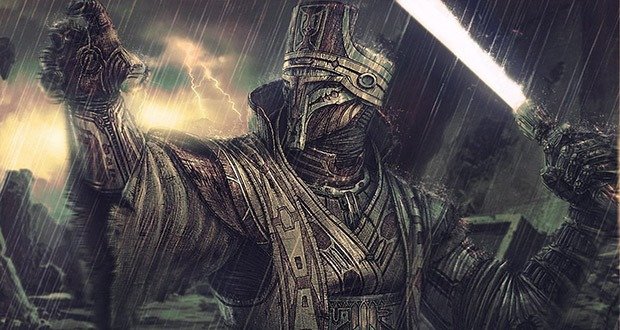 Though we can’t say for certain, it seemed that the dark lords of the sith were eventually responsible for the advancement of the lightsaber technology from a battery pack to a self-sustained mechanism. According to Jedi Master Tedryn’s holocron, the sith managed to design a power cell which looped the energy from the blade back into the energy compartment, allowing for infinite use, unless the cycle is broken (By cutting, for example). 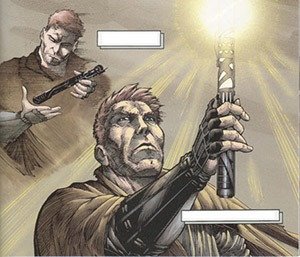 “A lightsaber is an interesting weapon. A blade unique in the history of warfare. A paradox, not unlike the Jedi who wield it: those peaceful warriors, who kill in the service of life. Have you ever noticed? The blade is round. It has no edge. But it is a lightsaber—which means it is nothing but edge. There is no part of this blade that does not cut. Curious, yes? Symbolic, one might say.” – Vergere

Around 5000 years before the battle of yavin, the Sith Naga Sadow invaded the republic which started, what is now known as, the Great Hyperspace War. The technological innovations the Sith empire pioneered were now brought to the republic and the Jedi. Even though the technology was far superior to the galactic standard of lightsabers, most of the Jedi and Sith were still clinging to the old designs, as war didn’t exactly allow them to adapt.

As the war came to a close, however, more and more Jedi began using this new technology and 200 years after The Great Hyperspace war, they were almost universally utilized by Jedi. 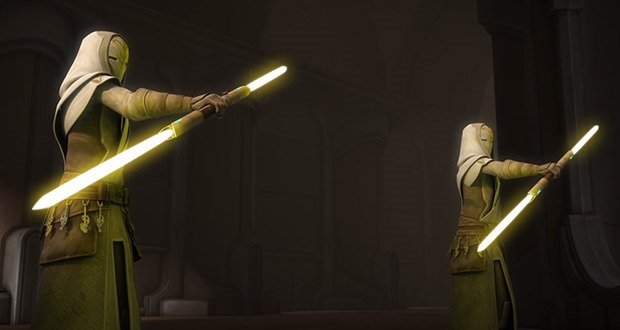 In the centuries following the Great Hyperspace War, many variations on the ancient lightsaber design would appear. The dark Jedi Exar Kun, for example, utilized a secondary emitter on the bottom of the hilt of his regular lightsaber, allowing him to use a second blade. He pioneered the use of the saberstaff and caused its subsequent widespread use by both Jedi and Sith.

But, as you might have guessed yourself, the saberstaff is not the only alteration of the lightsaber. There are alot more (DOZENS!), too much to put in this post, so I will be creating a second post with the various lightsaber designs very soon!

The Lightsaber (Part 2): Variations and specializations