Batman is a beloved character the world over. Everyone has their own ideas and twists on a great Batman story. Elseworlds provides DC creators with a way to explore those ideas without affecting the story and main continuity of their on-going Bat-titles. Curious on where to start? Here’s ten Elseworlds Batman titles for you to explore.

Batman: Castle of the Bat 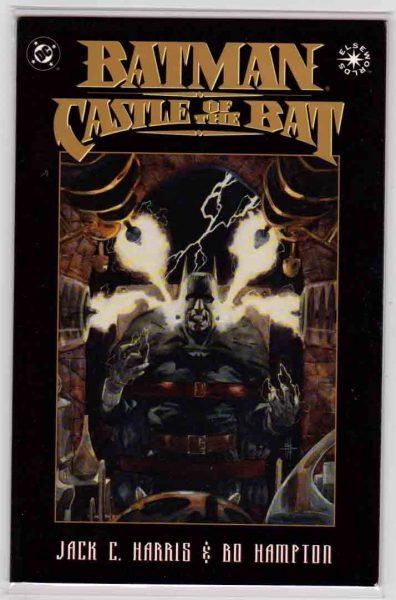 Written by Jack C. Harris with art by Bo Hampton. Castle of the Bat is set in 1819. A troubled Bruce Wayne attempts to revive his father from the dead to track down Thomas and Martha’s murderer. The story is loosely based on a combination of the novel by Mary Shelley and the film featuring Boris Karloff.

Batman: The Doom That Came To Gotham 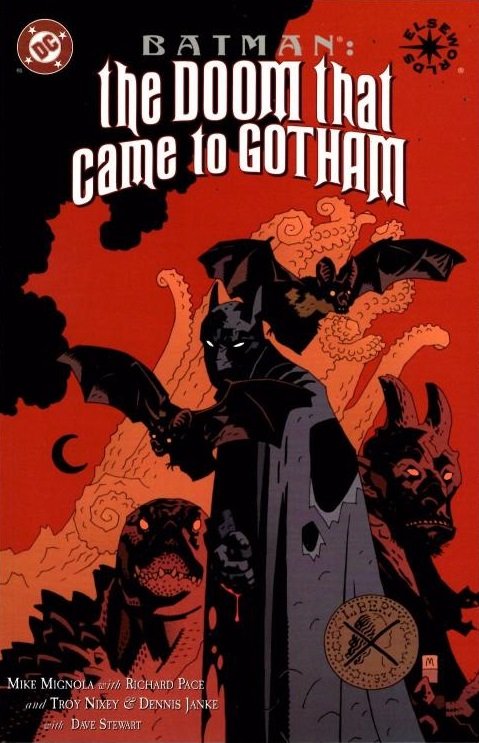 Written by Mike Mignola and Richard Pace and illustrated by Troy Nixey (pencils) and Dennis Janke (inks), with Mignola providing covers, the story is set in the 1920s, with Batman fighting against Lovercraftian-like creatures. The story features renditions of characters like Green Arrow, Two-Face, Ra’s al Ghul and more. 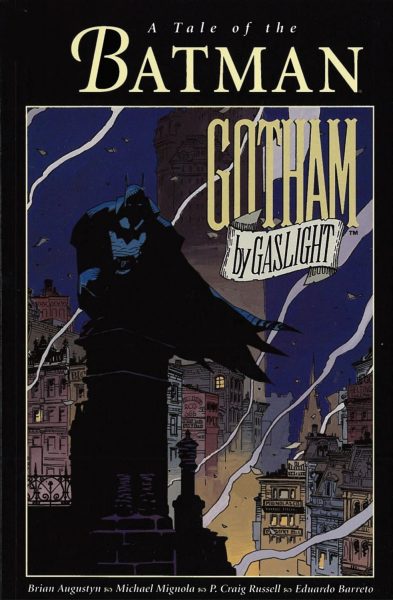 Written by by Brian Augustyn and Mike Mignola, with inks by P. Craig Russell, Gotham by Gaslight is a Victorian-era retelling of the Jack the Ripper murders with some small Steampunk-esque elements. In 2018 the story was adapted into an animated feature. 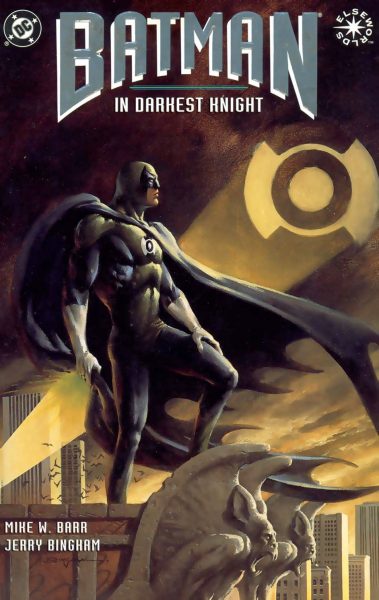 In Darkest Knight was written by Mike W. Barr with art by Jerry Bingham. In this tale, Bruce Wayne becomes the Green Lantern instead of Hal Jordan. That one changes sets off a chain reaction of events that affects Gotham. The Joker isn’t created, three more Lanterns are called into service, Clark Kent, Queen Hippolyta and Barry Allen. 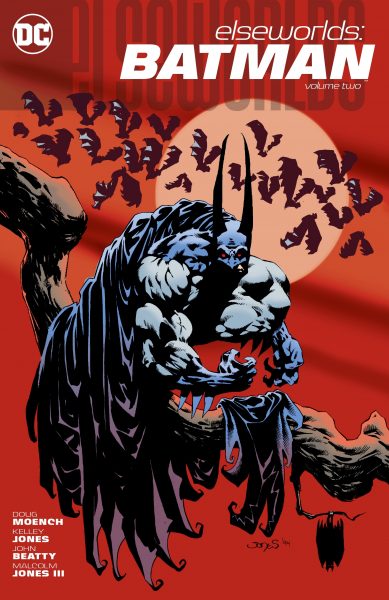 The Batman & Dracula trilogy consists of three American graphic novels—Batman & Dracula: Red Rain (1991), Bloodstorm (1994), and Crimson Mist (1998)—written by Doug Moench and penciled by Kelley Jones. The books chronicle Batman’s fight with Dracula and the aftermath of Batman becoming a vampire himself. 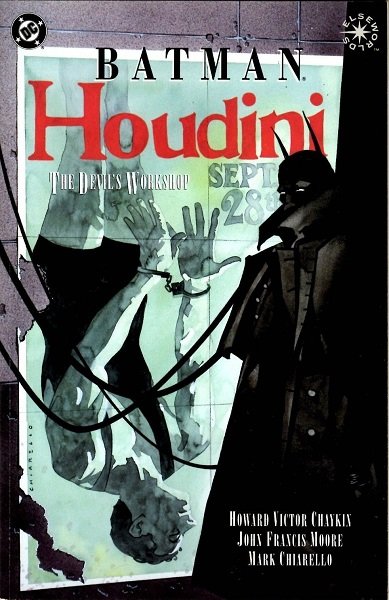 Written by Howard Chaykin and John Francis Moore, with full-painted art by Mark Chiarello. Narrated by Houdini, the story follows the abductions in Gotham, the self-titled “Beef Baron”, and a medium named Leonora Reinhardt who may have genuine supernatural abilities. Bruce Wayne learns a number of his skills from Houdini’s work.

Batman: Brotherhood of the Bat 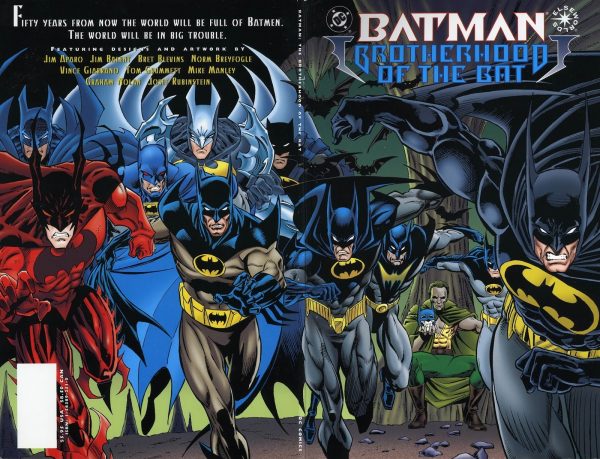 Written by Doug Moench and featuring a slew of artists, each designing a different bat-suit, Brotherhood of the Bat is a tale of Ra’s al Ghul, having taken over the Batcave in the near future, trains an army of Batmen, each using a different suit of Bruce Wayne’s, to police Gotham and kill criminals. Talia trains her and Bruce’s son to take down his grandfather from within his own Brotherhood.

Batman: Book of the Dead 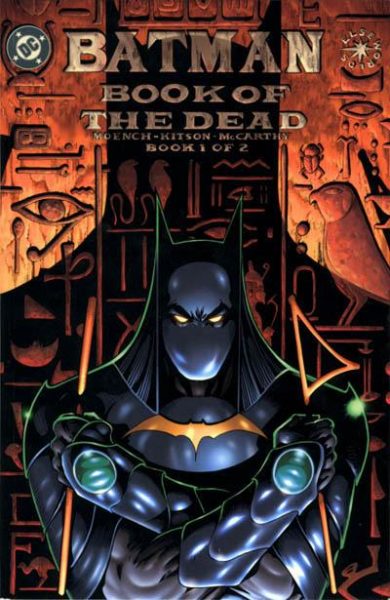 Written by Doug Moench with art by Barry Kitson, Book Of The Dead follows Bruce Wayne as his uncovers the mystery behind an ancient and important Bat God of Egyptian mythology. 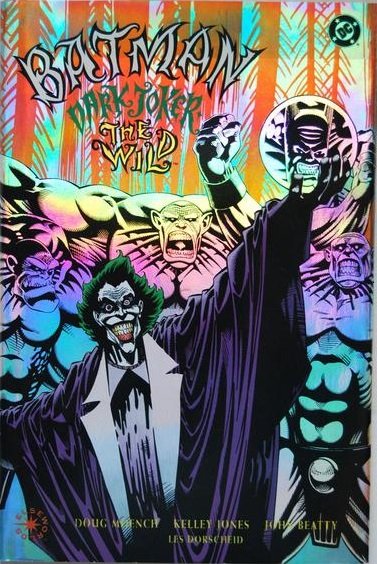 Another one by Doug Moench and Kelley Jones, The Wild features a sorcerous evil named The Dark Joker, battling against a mysterious and malformed outcast Bat-man.

Batman: Dark Knight of the Round Table

A story by Bob Layton and d*ck Giordano. Set in the legend of King Arthur, Dark Knight of the Round Table featured Bruce Wayne as one of Arthur’s Knights and protector of the realm!

Ten Of The Rarest Skins In Fortnite