In honor of Father’s Day being this past Sunday, kickassfacts.com gives you the second father-god of the month. This week’s god is Dagda, Irish god of Life and Death.

1. Dagda Is The God Of Life and Death, (And Many Other Things)

Dagda is the well-fed God of life, death, war, banquets, and magic. He was also associated with fertility, agriculture, manliness, weather, wisdom, and strength. He is also said to have control over the weather, seasons, life, and death. It is said he is known for Druidry.

2. Dagda is of the The Tuatha Dé Danann Tribe

The Tuatha Dé Danann, or the people of the Goddess Danun, were one of the great ancient tribes of Ireland. The records date back into 1897 B.C. The tribe’s arrival was the stuff legends. They landed on the coast and emerged from the mist into Ireland. There was an inevitable battle of Fir Bolg, where they landed and weren’t welcome, that the Tuatha Dé Danann won. After the battle, the people were more civilized and cultured. There were many kings, including, (the original leader) Nuada, Breas, Dagda and the grandsons of Dagda.

3. Dagda Is Likened To Other Pantheon Figureheads 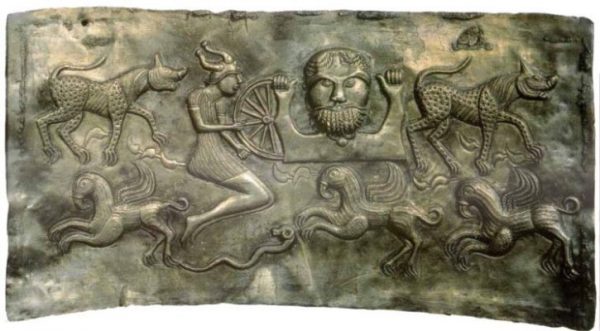 Aed, Aengus, Bodb Derg, Cermait, Midir and Brigid. Aengus was the other four children’s half brother. He was the result of an affair between Dagda and Bóand. In order to keep the affair hidden, Dagda kept the sun up for nine months. That way Aengus was conceived, gestated and born in a single day.

Dagda has two brothers, Nuadas (God of healing, sea, and warfare) Ogma (God of Speech and Language) and Danun (All Mother).

6. There Are Multiple Stories of Dagda’s Names

Under the name Aed of Ess Ruaid, the great Dagda was named the son of Badurn (the lord of Emain and Grandson of Argatmar). Later, Dagda was supposedly drowned in the rapids. The rapids were named Ess Duind after Dond, grandson of Bile. Dagda was known as the “All-father.” This is not because he was the father of all the gods, it was because he would protect and treat all people as though he was their father.

7. Dagda Had An Harp Made Of Oak, and Two Magic Pigs

It was said that when Dagda played his harp, the seasons were put into order. He also had two pigs, one which was always growing while the other was always roasting, with ever laden fruit trees. 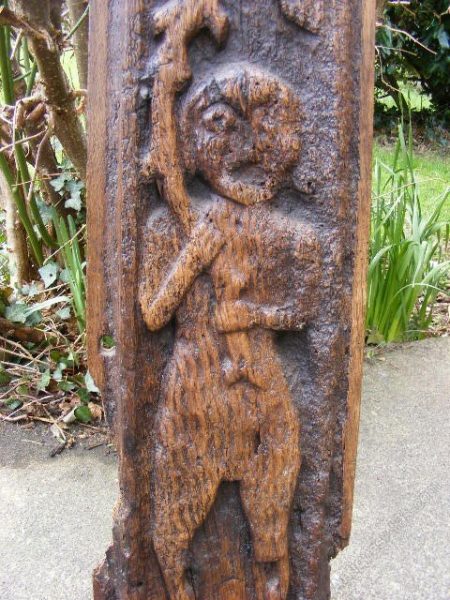 There are many tales about Dagda’s immense power. He is said to own a magic staff, (or in some stories a cub or mace) which could kill nine men with a single blow. And with the handle Dagda could revive those who are dead. It was called the Lorg Mór.

Coire Ansic (the un-dry cauldron) was said to be bottomless, and that no matter how many men sat around it, they would always leave satisfied. It had a ladle so big two people could fit in it.

10. The End Of The Great Dagda Came During The War of Magh Tuiredh.

The end his great seventy-to-eighty year reign (depending on which source you use) came when Cethlenn gave him a terrible wound. This was during the second war of Magh Tuiredh.