2. The Descendants Of The Taironas Claim Ciudad Perdida Was Never Really Lost

The Taironas built the city. The Arhuaco, Kogui, and the Wiwa (the descendants of the Taironas) claim that they always knew of Ciudad Perdida’s existence. They said that they would visit regularly before its discovery. They kept it a secret for fear it would be looted and exploited. “For us, it was never lost,” said a member of the Kogui clan.

In 1973 a group of treasure looters discovered some stone steps alongside the Buritaca River. They followed them up to the hillside and stumbled upon the ruins of a city. They looted and tried to keep its existence secret, but when their items golden figure turned up on the black market, archaeologists found the site. Ciudad Perdida was rebuilt in 1976.

4. Ciudad Perdida Is Thought To Have Been A Major City

Ciudad Perdida covered 32, housing up to 2,400 people. Recent studies suggest that there were more than 180 houses, all of which was built on iconic stone terraces, which you can see in most pictures of Ciudad Perdida.

The Tarionas were an indigenous people native to the region of Cesar, Magdalena, and La Guajira. Ciudad Perdida is 650 years (at least) older than the continents most famous archaeological site, Machu Picchu. The Tairona constructed several large cities over the course of their history until they were forcibly integrated into the Encomienda system by Spanish invaders in the 17th centuries.

6. Ciudad Perdida Is Four Days Of Travel From The Nearest Road

Ciudad Perdida was once home to 2,000 townships of potters and farmers who carved terraces and made a living from the high hillside of the 5,700m Sierra Nevada de Santa Marta mountain range. The remained there until Spanish conquistadors arrived in the late 16th century with Catholicism, syphilis, and smallpox.

7. In 1976 An Expedition Formed To Restore Ciudad Perdida

Three archaeologists, an architect and two Guaqueros (treasure looters) served as guides and after twelve days (roughly) of crossing full of hardships, they reached the very heart of the site. They collected enough evidence to bring to the president (Alfonso López Michelsen), who approved the budget for the recovery, which they called Buritaca 200.

Soldiers of the Cordoba Military base and more than 100 workers participated in the restoration. They cleared the old drainage channels and restored the buildings that suffered damage. The repairs took ten years. 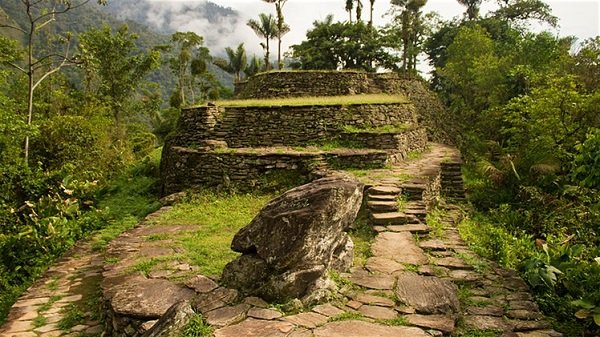 Ciudad Perdida was opened to the public in 1981 as Tayrona National Park. It has soft sandy beaches, mountain tops and you can explore all of the 57.92 miles of the city. If you walk three hours from the entrance you’ll find a camp, there you rent hammocks and tents.

10. Taganga Makes Up One Border Of The Park

The one side of the park is Taganga the other side is marked by Piedras River. There are over 100 species of mammals, and 300 birds, that live in the park. You can find up to 30 types of reptiles and over 400 types of fish. You can also find up to 800 types of plants, and not all of them are safe, so be careful!

How do you socialize at a party where you only know the host and you’re not too social?