Another name is Al-Batra in Arabic, however, it’s not as famous as Petra. Petra actually comes from the Greek word Petros, which means rocks. Petra is also called the Rose City, because of the rose-red colored sandstone hills and mountains which surround it.

During the first centuries of BC to AD, Petra was believed to have been home to 20,000-30,000 people. It was also believed to be an important trading city. It was left uninhabited for more than five centuries until it was rediscovered by a Swiss explorer (Johann Ludwig Burckhardt) in 1812.

3. Approximately Only Fifteen Percent Of Petra Has Been Explored

Petra was established in 321 BC, which makes it one of the oldest cities in the world. It was the capital city of Nabateans, who were ancient southern Arab people that arrived around the 6th century BC.

The Bedouin of the Arabian Desert destroyed some of the most priceless carvings on the Treasury’s walls. They used the carvings as a target during their shooting practice. 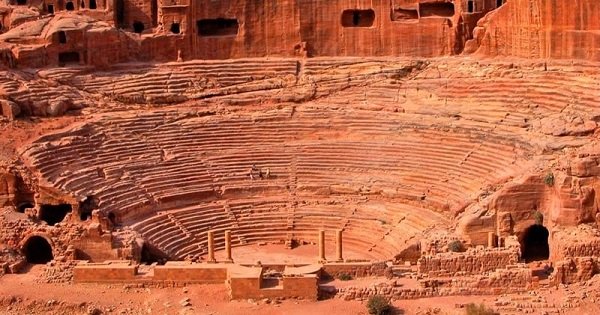 5. Petra Is A Fortified Site

The winding, narrow gorge, or As-Siq, at its eastern entrance would have lent itself to defending the city from invaders. The passing is 1 km.

6. Petra Is In Wadi Musa

As a sign of its significance, it was confirmed as a UNESCO World Heritage Site. Petra is more commonly known for its 800 monuments, including buildings, tombs, baths, funerary halls, temples, arched gateways, and colonnaded streets, which were mostly carved out of kaleidoscopic sandstone. Petra is also known for its over 800 carved tombs.

7. The People Of Petra Were Good At Collecting Water

Although Petra is a desert, the Nabateans (who inhabited Petra) were efficient water collectors and were even able to grow gardens.

8. Petra Was Made Three Times

It was made by the Edomites in the 18th-2nd century BC, the Nabateans rebuilt it in 2nd century BC-106 BC and the Romans from 106-395 BC. Half it was destroyed in 363 AD by earthquakes. This also led to raiding and the theft of artifacts. Petra was home to many traders and treasures, however many of those artifacts have been stolen or destroyed due to its structural weakening. 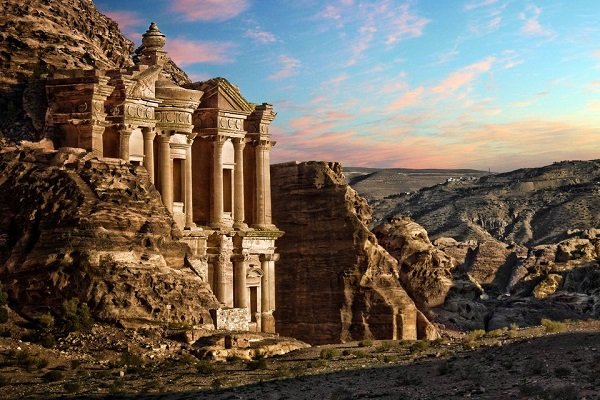 In 2016 archaeologists discovered a large unknown monumental structure buried beneath the sands of Petra, using satellite imagery. Who knows what mysteries lie beneath the sand…

10. Petra Is Seen In Indiana Jones

In both ‘Indiana Jones And The Last Crusade’ and ‘The Mummy Returns’ Petra is presented. Indiana Jones showed the eastern entrance. The was one of the main reasons Petra gained publicity. On top of that, Petra was once an important center of Christianity. It has a 6 AD marble pulpit from one of the Byzantine church called the Blue Chapel.