This week we will continue our gods series bringing you Ten Facts About The All-Father Odin.

1. Odin Is The Son Of Borr And Bestla

His mother, Bestla, is a giantess and his father Borr. Not much is known about them besides that they were the parents of Odin, Vili, and Ve.

2. Odin Is The Husband Of Frigg

Odin is married to the goddess of wisdom, Frigg. Frigg is commonly known a Freya. They had multiple children. The most famous being: Balder, the god of summer and Thor, the god of thunder.

3. Odin Is The God Wisdom

Odin is the god of wisdom. He is also associated with healing, death, royalty, the gallows, war, battle, victory, sorcery, poetry, frenzy, and the runic alphabet.

To become the wisest god, Odin gave his eye to Mimir’s Well of Wisdom. Mimir’s Well is located under the second root of Yggdrasil, the world tree. Odin now sees distant events. Odin’s eye is watched by Mimir, the Talking Head. Odin had to stab himself with his spear and hang on the tree for nine days and nights. He was then allowed to see a glimpse of the magic appear in the rocks beneath him. Odin was freed from the tree, and he took a well-deserved drink from the well. It was during his nine day stay-cation in the tree that Odin discovered the Futhark runes. 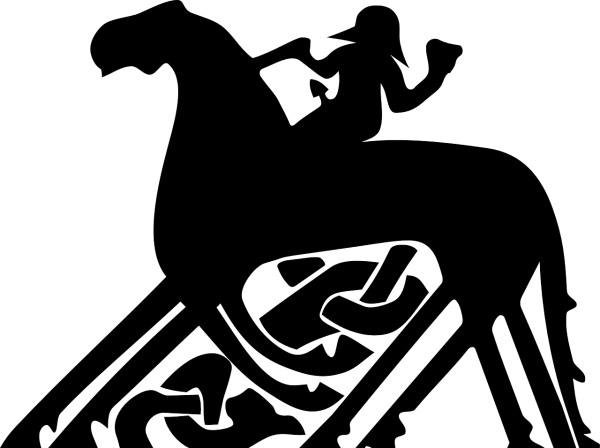 Thanks to Loki, Odin rides Sleipnir, the eight-legged horse. Sleipnir was born when Loki shapeshifted into a mare and was impregnated by a giant stallion.

6. Odin Is Blood Brother To Loki

While there is no story we could find where they swap blood, in the original mythology the only reason the gods tolerated Loki was because of his blood bond to Odin and Thor.

7. Odin Has A Staff Named Gungnir

Gungnir, like Thor’s hammer Mjölnir, was crafted by Dwarves. It’s said Odin will carry Gungnir in the forefront of the Einherjar during Ragnarok, the realms-ending event of Norse mythos.

8. Odin Has Many Names

Odin has been known as Allfather, Othin or Othinn, Wodan, Wotan, Val-father, The Raven God and many others (these are just the common ones). You can see the full list, and what all the names mean, on Mikespassingthoughts.wordpress.com. The day of the week, Wednesday, is named after Odin. 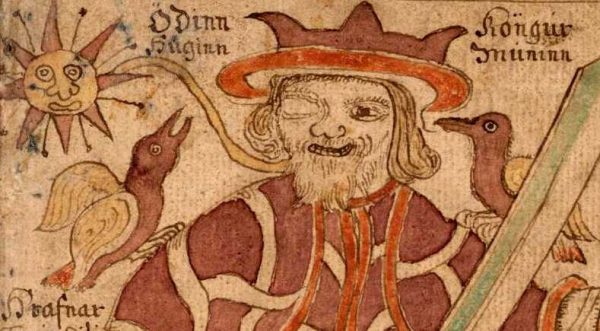 Hugin and Munin, Odin’s ravens, are sent out every morning and was back by breakfast. They would learn new things every day and would report back to Odin. That is why Odin is also known as “The Raven God.” Their names mean thought and memory.

10. Odin And His Brothers Made The Universe (Or At Least In This Mythology)

Vili and Ve killed Ymir, the primal frost giant. They used Ymir’s bones, blood, and flesh to make the universe. Odin arranged heaven for the gods, the middle world for humans and dwarves, and the underworld for the dead. He then created a man and woman from an ash tree and elm tree.