In honor of Father’s Day being this month, KickassFacts.com brings you the first in a series of Father-Gods. Every pantheon has a central male god figure. Osiris. Odin. Zeus. Dagda. And for today… Jupiter. Zeus’ Roman counterpart with a planet named after him. Jupiter was every bit of a contender that his Greek equivalent was.

1. Jupiter’s title is: “Supremo Ruler of Heaven & Earth and the Father of the Gods.”

He is the Sky God in Rome. He was charged with the fundamental forces of nature and he ruled the weather with an iron grip and a big stick.

2. Jupiter was given many titles by the Romans.

Mars: the Roman god of war. Vulcan: the god of fire and smithery. Bellona: the goddess of war and driver of Mars chariot. Juventas: goddess of youth, or the teen goddess of juveniles.

4. Jupiter had a lovely wife named Juno, just one catch though.

She was his sister, the daughter of Saturn and goddess of love and marriage. 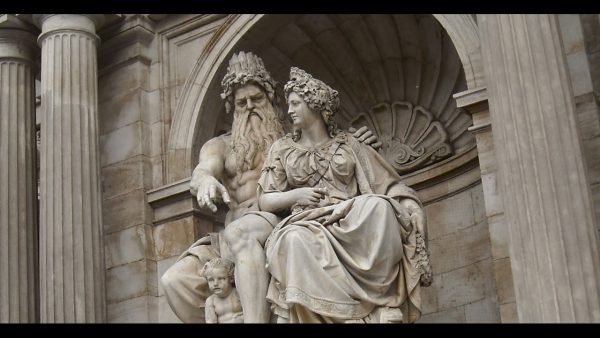 5. Jupiter’s parents were Saturnus (god of agriculture) and Ops (goddess of wealth).

Saturnus started out as an Italian deity of agriculture and time. Ops, although she was married, actually had a boyfriend, Consus, who happened to be an agricultural god as well. Ops loved her agriculture gods…

6. Jupiter’s symbols are the lightning bolt, eagle, and an oak tree.

If you recognize these symbols, it’s because Zeus is the Greek equivalent of Jupiter, and Zeus’s symbols are eagle, thunderbolt, bull, and oak.

7. Jupiter in fact had five siblings.

The sacrifices were usually ox, lamb and ram. They were sacrificed on the Fifteenth of March, May, July and October, to on the thirteenth of January, February, April, June, August, September, November and December. 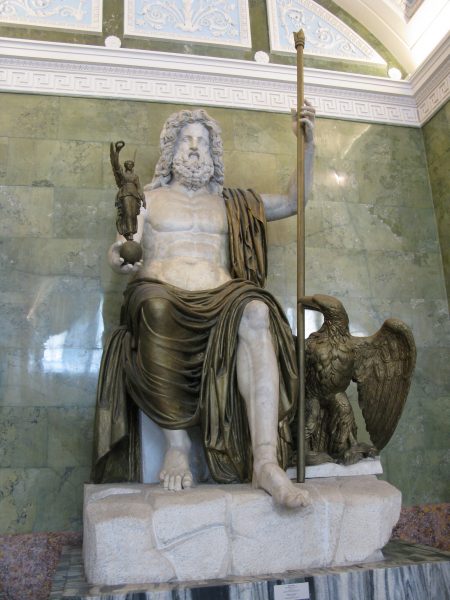 9. The Romans, eager to have the gods on their side, put Jupiter in charge of their entire legal and political system.

It is said the Jupiter kept order and brought prosperity to the nation. It is also said that he led the Romans to victory in wars and conquests over and over, as Jupiter Victor. The Romans also didn’t want to get on his bad side while he had his thunderbolt.

10. The Romans spoke about Jupiter as if he were a real person, living and ruling among them.

If you noticed I’ve been saying that he led wars, that he was known for this and that, there is a reason. After the Empire fell everything went all wrong. It is said that Jupiter was offended by the deification of human emperors, particularly the later ones who were rubbish. Or maybe he was just offended by the Christianity craze, and that was the final insult. But no matter what it was, Jupiter withdrew his support and left the Romans to fend for themselves. No one knows where he is now, but you’d know him if you saw him. He holds a thunderbolt, has a godly beard, and is stark naked.