The next in our new Lost Cities series, Kickassfacts.com brings you the Lost City of Caral, Peru.

1. Caral Is Also Known As “The Cradle Of Civilization”

Caral is located 75 miles out of Lima, Peru. It is known for its pyramids. Although they are weathered and not physically impressive, their discovery is important to the history of the Americas. The pyramids also spread over 80 km2 of Supe Valley, with a total of twenty pyramids.

2. The Pyramids Are Built In Supe Valley

Surrounded by desert, Caral is 14 miles from Supe Valley and is one of 18 ancient settlements built by the Norte Chico civilization. The Caral pyramids are believed to have been the central ‘hub’ of the settlements.

3. Caral Is One Of The Oldest Cities In The World

4. The People Of Caral Did Not Know About Coins

Since the people didn’t use coins as we do, how did they obtain their goods? They’d barter. They’d exchange their products for other products of equal worth. Scientists found items from the jungle in the sierra which means the trade worked even through the rugged geography. 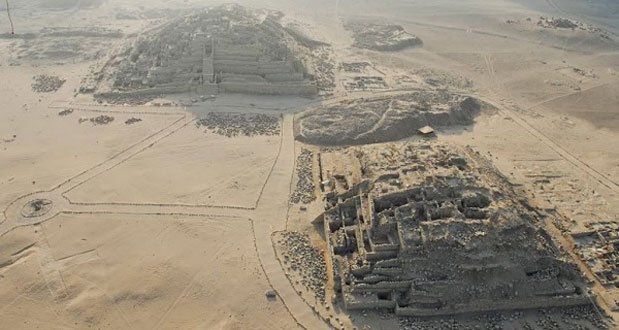 5. The Caral Were “Ran” By Astronomers

The Caral were astronomers and very religious people. The main group made astronomic observations to make calendars and decide when to plant and harvest crops.

6. The Carals Worshiped The Sun And Moon

The buildings of the Carals were made in honor of their gods, as much as an astronomic observation. They worshiped The Sun and The Moon. They made temples to venerate their gods and celebrate ritual dates. It seems that the lords who governed could communicate with their gods.

7. The People Made Rituals And Ceremonies

They had differing opinions to the cosmovision (meaning ‘world view’) than we do today. They believed in the harmony of the space and the preservation of the environment. The people would burn their ‘important’ artifacts in the town square in their rituals and ceremonies for their gods.

8. The Families Were Called Ayllus

The Ayllus worked their land as a collective group and they had to give some kind of tribute, from their production to their authorities. Small town authorities were called “Pachuca” and in urban areas, they were called “Curacao.” A collection of musical instruments including trumpets and flutes, suggesting that their rituals included music. 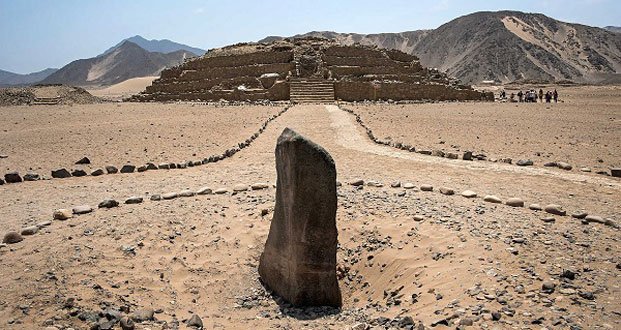 9. Marco Machacuay Was Chief Of Excavation In 2000

Surrounding the whole area are carefully placed stones. Marco Machacuay and Rocio Aramburú discovered the shape, which was etched in stone lines all around Caral. This geoglyph, image, form the lines of a human face with long, streaming hair and a gaping mouth. It’s unclear what this figure means, but it is believed to have been constructed around the same time as Caral.

10. The Caral Used A System Called Quipu Or The Knot System

The quipu is an ancient Inca device for recording information, consisting of various colored threads knotted differently. The fact that it was found in their temples suggests the complexity and development of the Caral people.