Continued here is our series on Lost Cities. This edition features the Greenland settlement of Hvalsey.

The Hvalsey site is host to the best-preserved Norse ruins the area. The site is known as the Eastern Settlement or Eystribyggð.

The farmstead of Hvalsey was established by the cousin (or possibly uncle) of Erik the Red, the famous Norse explorer.

3. Hvalsey had, at one time, been a major hub for Greenland.

4. The recorded event in the Norse history of Greenland happened in Hvalsey.

In September of 1408, the Hvalsey church hosted the last recorded event in of the Norse settlements in Greenland. A wedding between ship captain Thorsteinn Ólafsson and Sigríður Björnsdóttir. Two years later the newlyweds returned to Norway before sailing and settling in northern Iceland. 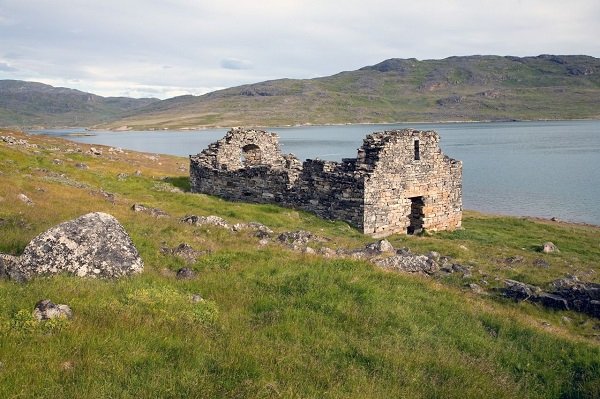 At one time, the Hvalsey farmstead included a large building approximately 14,000 sq ft. The building’s eleven rooms included living quarters, a banquetting hall, and livestock pen for those that lived there. A guest livestock pen was situated away from the main building. The size indicates the importance of not only the owner of the building, but the settlement itself.

Thorkell Farserkur lived just before Christianity made its way to Greenland in 1000 BCE. The Hvaley church was built in the early 14th century.

7. The Hvalsey church was constructed in the Anglo-Norwegian style.

Measuring over 52 ft long and over 26 ft wide, the church held between 30-35 people and was surrounded by a dyke that was used as marking for the limits of the cemetery.

8. The quality of construction preserved the building’s integrity.

With stones as heavy as 4-5 tons, some even heavier, the building shows remarkable care in the selecting and crafting of its materials. Using an anglo-Norwegian architecture, it also features designs used in early Britainic churches, which is unusual for churches in the area. 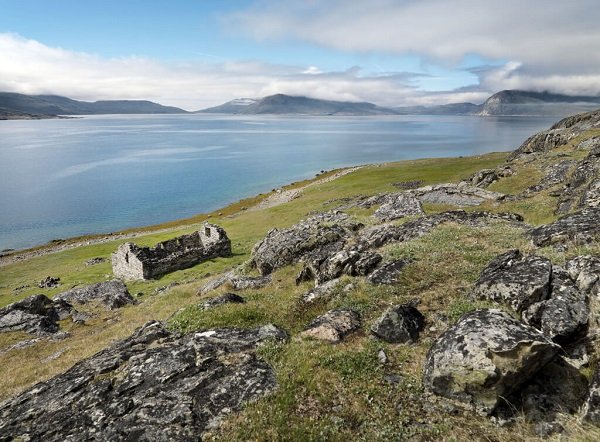 9. Despite the attention to the construction, the building collapsed due to shortsightedness in its chosen location.

The church was built on top of a graveyard, causing the foundation to sink, thus the building partially collapsed.

10. The Eskimos have a legend about Hvalsey.

According to legend, Ekimso leader K’aissape and Norse chief Ungortoq declared open war on each other. After a massive attack on Hvalsey by the Eskimos, they claim to have burnt the Norse people inside their own home. Legend says Norse chief Ungortoq escaped with his family, though was eventually conquered after a long pursuit by K’aissape that ended near Kap Farvel. According to archaeologists, there is no sign of any buildings being burnt at all, much less with people inside them.