Prepare to travel to exotic locals and long forgotten destinations as Kickassfacts.com brings you an all-new series: Ten Facts About A Lost City. This edition features Skara Brae.


1. Skara Brae Is Found On The Orkney Islands

North of Scotland is one of Britain’s prehistoric villages. Archeologists estimate that it was built between 3000 BCE and 2500 BCE. This period was called the ‘Neolithic era’ or ‘New Stone Age.’ The village is even older than the pyramids!

2. Skara Brae Was Home To Some Of Britain’s First Farmers

Based on tools, crop remains and bones found in the city, the villagers were skilled hunters and fishermen, but they were also expert farmers. They grew wheat and barley and raised sheep, cattle, and pigs. Before the Neolithic period   people only hunted wild animals and gathered wild fruit and vegetables to eat.

3. Skara Brae Is Believed To Have Been Peaceful

There have been no weapons found in Skara Brae, besides some knives, which were probably used for hunting and skinning animals. But besides that, historians believe they were once a peaceful community.

4. There Is Evidence That Suggests They Were Creative People

Archaeologists have discovered jewelry, needles, buttons, ornaments, and well-crafted pottery as well as dice. This suggests that they were very creative people and that they enjoyed games. 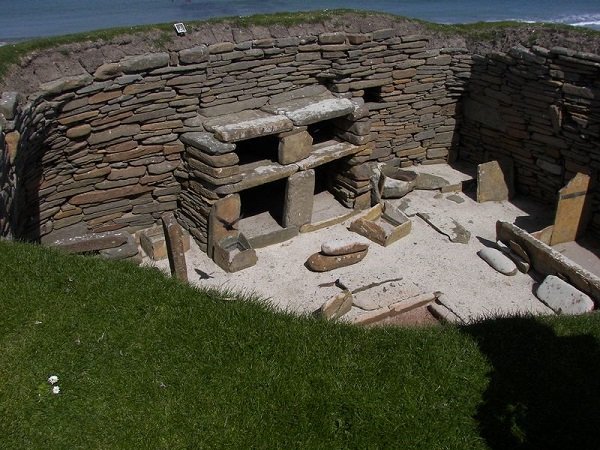 5. The House Are All Circular

If you go and see the village, you’ll see that the houses are circular and are built from stone slabs. The village is supported by 2.4m walls. Each house consists of one room and all the houses are connected by passageways.

6. Historians Think That The Roofs Were Made Of Turf

7. The Furniture Survived (Or What We Know Of)

8. Skara Brae Was Believed To Have Been Destroyed By A Sand Storm

In 1850 a huge storm hit the island, which blew away the sand and allowed a little bit of the village to be seen. Before that, in 1857 CE, the village was believed to have been covered by a sand storm. Historians believe that the storm caused the villagers to abandoned their home. In one house there was beads scattered on the floor in the doorway and a broken necklace hanging next to the door. 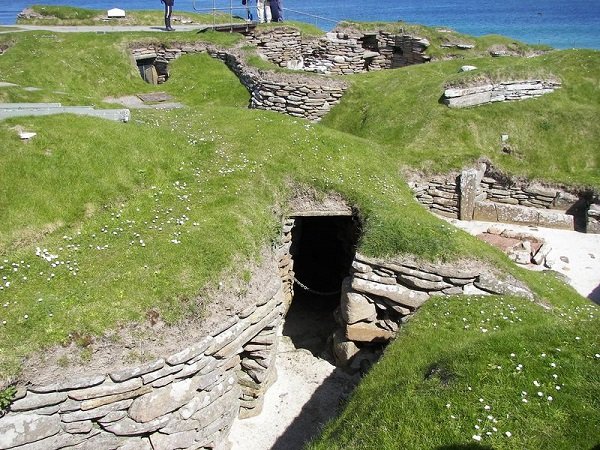 9. Some people Think That They Left Peacefully, Not Forced By The Storm

Recent researchers suggest that the people likely decided to relocate to more productive lands and live on their new settlements. However, the fact that they left what is considered their “precious belongings” and the scattered beads from the necklace hanging in the doorway…

10. Skara Brae Was Covered In Sand For Centuries

As we mentioned in fact 8 the island was hit by a storm in 1850, which is how it was first discovered. In the 1860s William Watt led a team of archaeologists and got digging and uncovered more of the buildings. Years later in 1926, another storm hit the island, leading to more excavations which revealed the rest of the houses and artifacts.