To continue our new series of Lost Cities, Kickassfacts.com brings you the Lost City of Timgad, Rome.

Timgad was created as a Roman military garrison. The plan for it was laid out in great precision, which illustrates the skills of Roman urban planners.

2. The Town Soon Outgrew Its Original Purpose And Design

Additional structures were added outside the grid. Timgad, which was mostly inhabited by Roman veterans, was a peaceful town for the first several hundred years. By the third century, it began a center of Christian activity.

The buildings were built entirely from stone. Because of this, the houses were frequently repaired. In Timgad, residents were allowed to live their comfortable life, but the Romans were aware they had to do much more in the area.

Archaeologists found a Latin inscription at the forum. They were surprised when it read: “Hunting, bathing, playing, laughing – that’s living!” The first-century Christian apostle, Paul, mentioned the philosophy of life was “Let us eat and drink, for tomorrow we are to die.” The Romans lived for the pleasure of the moment, with little thought of the ultimate meaning and purpose of life. Paul had warned his fellow Christians to guard against such people when he said “Do not be misled. Bad association spoils useful habits. – 1 Corinthians 15:32, 33”.

5. The Romans Were Generous

The local tribes resisted. However, the Romans managed to cope with some troublesome local tribes by attracting these people to Timgad’s buildings and community.
They offered them suitable places to develop the commerce of local products and soon many natives decided to join the Roman Legion. They got a 25-year term to obtain Roman citizenship for themselves and their children.

6. After 50 Years, The City Was Mainly Inhabited By The Natives

The town had fountains, bathhouses, (the walls and floors decorated with mosaics displaying pagan mythological scenes) theatre, library and a forum. It also had a triumphal arch, which you walked through to enter the town.

7. The Arch of Trajan Is The Name Of The Triumphal Arch

The arch reaches a height of twelve meters. It has two smaller arches, one on either side of it, which are each 3.75 meters high, which were reserved for pedestrians. The arch was built in 114 A.D. to commemorate the completion of Via Traiana, an ancient Roman road.

8. The Arch Of Trajan Represents Children

Like other works of that time, the children on the arch are shown with far more importance. The children are shown in various manners to eternal representations of the four seasons. 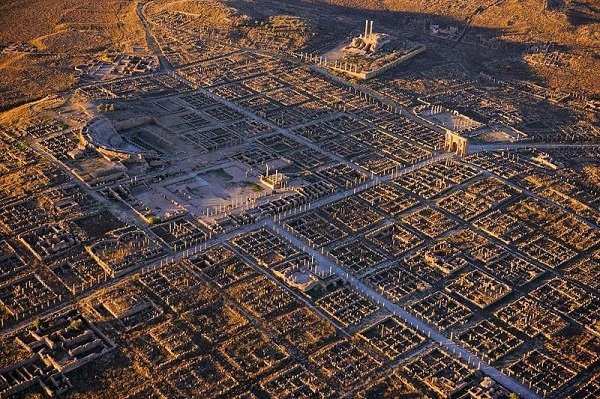 9. In The Third Century Social Injustice And Excessive Taxes Rise To Revolts

Some of the city dwellers and landowners prospered from the trade with Rome, but little benefit trickled down to the local farmers. Eventually, the farmers rose to revolt. Some of them, who had adopted the Catholic faith, joined the Donatists. (A group of professed Christians who rose up against the corruption within the Catholic Church.)

10. Timgad Was Destroyed At The End Of The Fifth Century

The Arab invasion brought the final ruin of Timgad. The last inhabitants left after the eighth century. Timgad was preserved by the Sarah Sands.

What was a sketchy cheap buy, that ended up being one of your best purchases?