Fortnite is one of the biggest games out right now, proving it’s more than just a fad. Millions of players a day make Fortnite millions of dollars. A free-to-play game, Fortnite utilitzes a strategy critisized by some as “FOMO” Fear Of Missing Out. That is, Fortnite showcases skins and other cosmetic gear for a limited time, faking the appearance of the item being rare. Players, adults and children alike, don’t want to miss out on “rare” or rarely seen skins and are thus likely to buy skins more frequently than if they were just always available. Whether you agree with the strategy or not, it’s making Epic Games money hand over fist. KickassFacts presents some of the rarest skins in game. Do you have any? Have you seen them all? 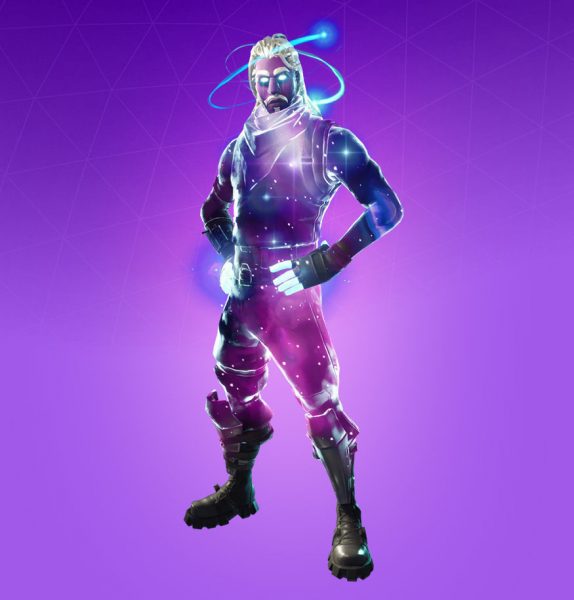 The only way you can get this skin is if you play on a Samsung mobile device. Just log in with your Epic account or PSN/X Box account and bam! New skin. This skin is pretty cool, along with the back bling, pickaxe, and glider. The Galactic Disc back bling looks like a galaxy. The Stellar Axe pickaex, make’s you look like you have space in your hands. The Discovery glider is like looking into space as you glide to the ground. There is neon blue around the edge too give it a cool look. 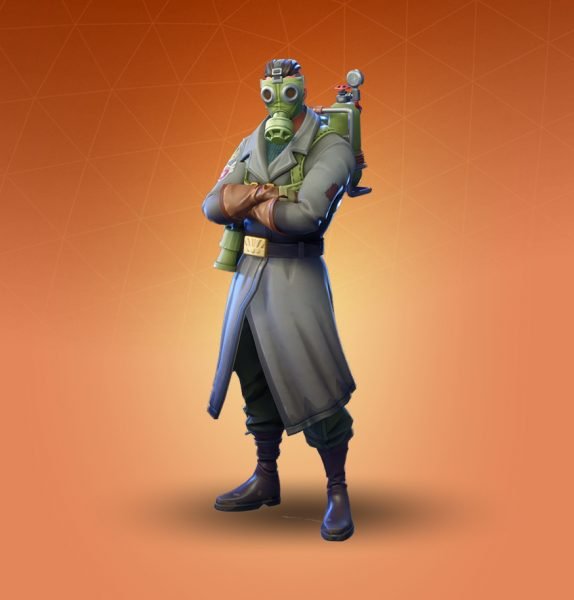 The Sky Stalker skin was released June of last year and has not been seen since Dec of last year. You could have gotten it in the store and it was not in any battle pass. Some fans think that Epic could have done better with this skin. It did not come with a pickaxe or glider, however, it did have back bling and wallpaper. In the wallpaper, he has a pickaxe called Propeller Axe but it was sold separately. Fans may have not bought this skin because it was 2,000 v-bucks. It was only rated 3/5 in stars. 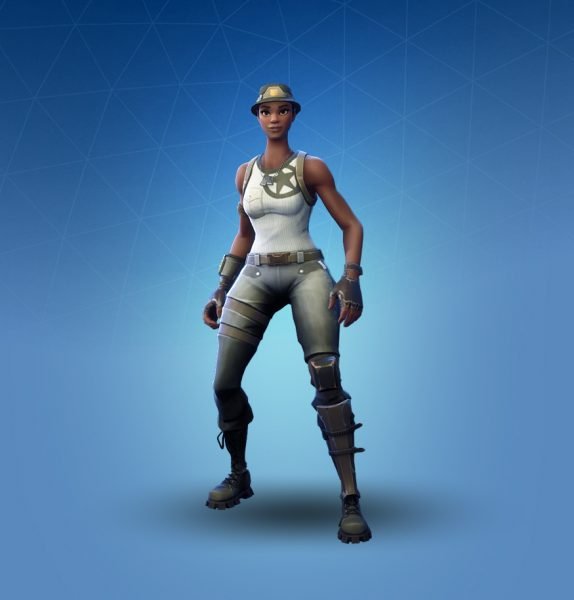 This skin was only released for almost three weeks. That was when Fortnite was not as big as it is now. This does not come with a pickaxe, back bling, glider, or wallpaper. It is the same style as if you were simply using the default skin. 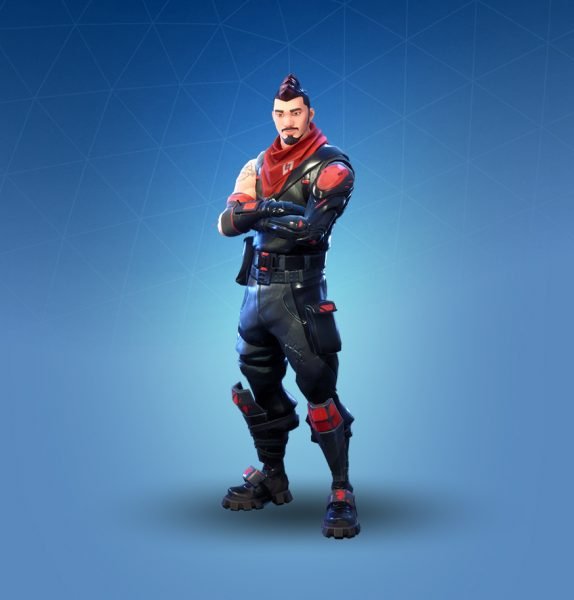 This skin looks like a recolor of the Hawk skin. The hair and scarf around his neck feature different colors. There is one difference. That metal arm! This guy is a part cyborg. This is a skin that has not been seen since Oct 24 2018 but looks like fans want him back in the game. Midnight Ops is part of a set, glider, and pickaxe. But what most sets don’t have is another skin that matches. This one is female, with the same color scheme, only she has black paint across her eyes. She also has a metal arm as well. The pickax has a hint of red. But the glider has a red trail from the back when you move. 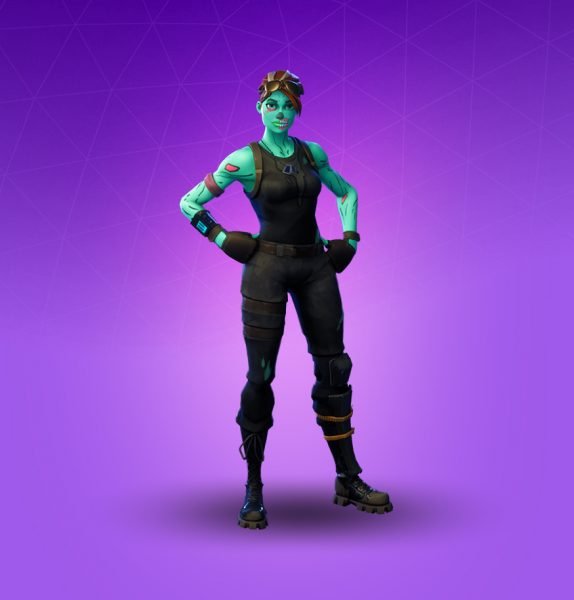 Ghoul Trooper looks like a female Frankenstein’s monster. It gets its rarity from Halloween 2017. And then was gone without a trace. The Ghoul Trooper has no male counterpart skin, glider, pickax, or back bling. However, fans love this skin and would probably buy it if it came back. 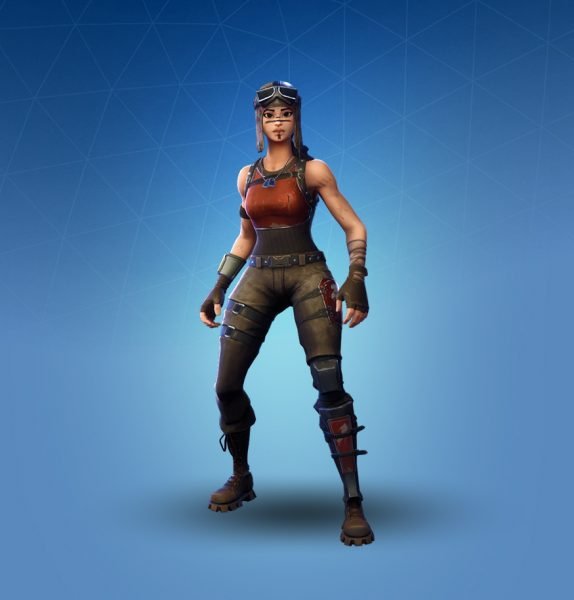 For those of us that did not play Fortnite before season 5, there was once upon a time something called “Season Shop’. Now you had to level up, and have the v-bucks for this skin, rather than just buying it. That is why this skin has not been available since season 1 and is now one of the rarest skins in the whole game. This skin is part of a set with it all. Back bling, glider, pickax, and a female counterpart skin to go with it. The glider has spikes coming out of the top. The pickaxe is simple, just black and red but still matches. The black bling is a rusted metal backpack with an assortment of random parts attached. 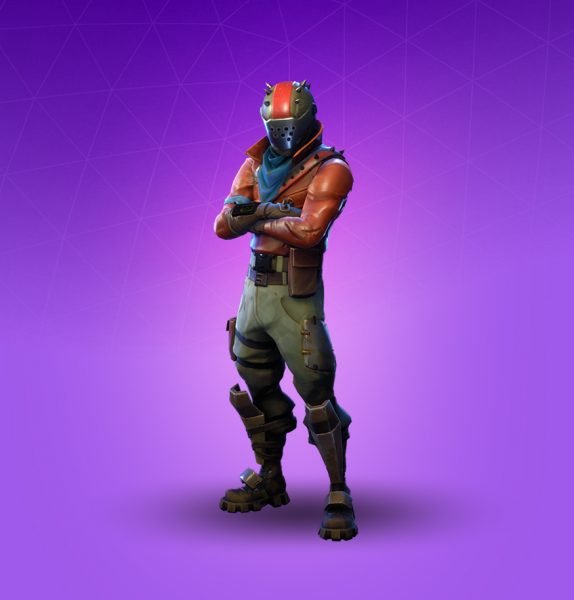 This skin is the counterpart to the Renegade Raider skin. So it comes with the same back bling, pickax, and glider. Fans love this skin too. It is famous with the Take The L dance emote. He also has a mask on his face with spikes on it and the glider. They love their spikes. 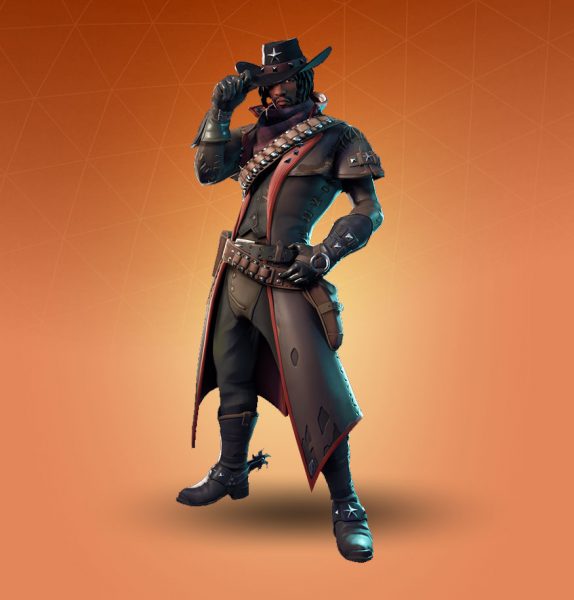 This skin was part of the Western Wilds set. It is a reactive skin, which means that the longer you play with that skin, it will change. Like the Pealy banana skin from season 8 that ripens and browns as you play. Only your skin turns blue, and this green fire, similar to the fel fire from World of Warcraft, covers you. This set comes with two skins, three gliders, three pickaxes, back bling, two contrails, and a loading screen. The Dark Engine glider looks like a ghost train. The Crossfire back bling is just leather with two gun prints on the top. The Covered Crusader glider is the back of a wagon with blue essence init. Reckoning Pickaxe has a stake going through it. Longhorn Pickaxe looks like bullhead on a pike wearing a cowboy hat. And the Dark Shard Pickaxe looks like a claw with old rags raped around it. The back bling is a purple shard with chains wrapped around it to keep it to your back. Virulent Flames is this green fire coming from your hands and feet. Spectral Essence is blue essence coming from your hands and feet. And last but not least, Calamity. It is the loading screen and looks like concept art for the Calamity skin. 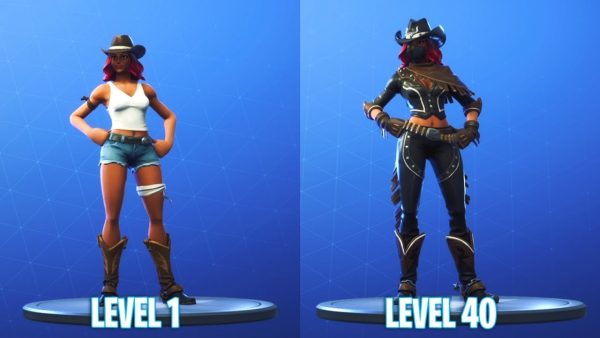 This skin is also part of the Western Wilds set. You can get upgrades for it as you complete challenges and gain XP. There is a skin that is similar to this one, SideWinder for season 8. You can mix and match with the back blings, gliders, and contrails from the set. Fans like this skin, but doubt if it is one of the best. 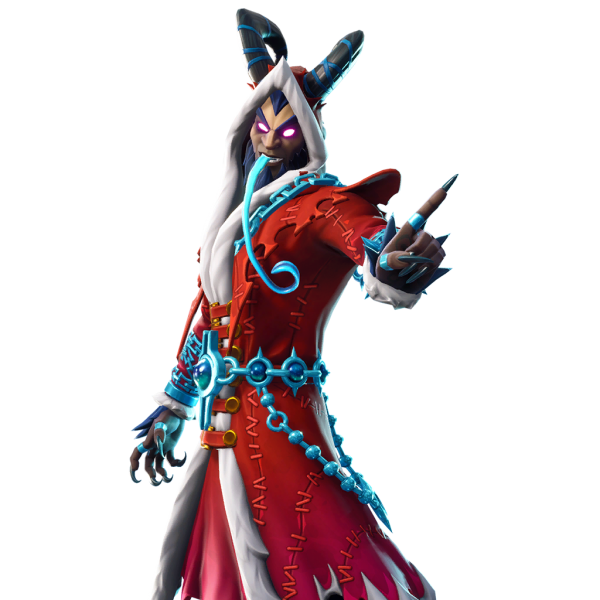 Krampus is one of the scariest skins in the game. With that blue tongue, the purple eyes and the horns. He comes with back bling, glider, and a pickax. The back bling is a b where you can see a stuffed bear peeking through it. The glider is a corrupted rain dear. The pickax looks like it is made of wicked gnarled wood with a small red tassel.