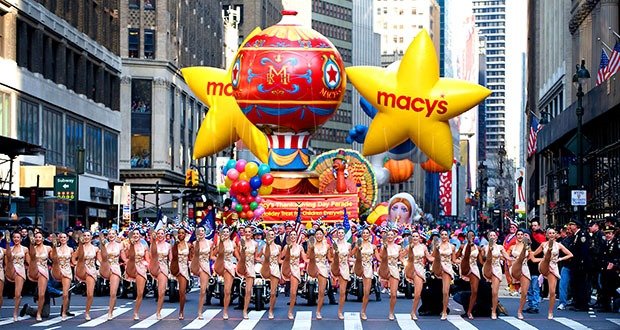 1. Up until 1933 Macy’s Thanksgiving Day Parade balloons were released into the air at the conclusion of the parade and would stay airborne above the city for as long as a week. A return address was stitched in and people who returned them received $100 reward. – Source

3. It is against the law for supermarkets, department stores, and other big box stores in Rhode Island, Maine, and Massachusetts to be open on Thanksgiving.

4. Native Americans have been holding a National Day of Mourning on Thanksgiving since 1970. – Source

5. Lincoln declared Thanksgiving a National Holiday in 1863 during the Civil War to keep the country together. – Source 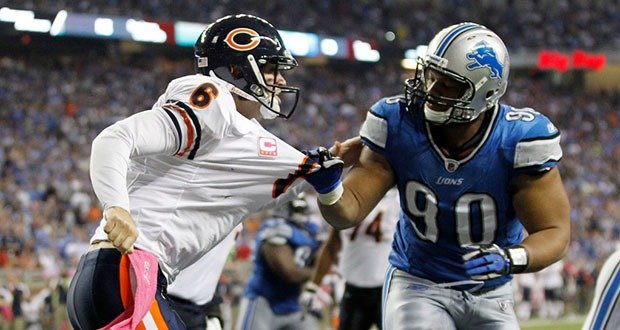 6. The first time the Detroit Lions played football on Thanksgiving Day was in 1934, when they hosted the Chicago Bears at the University of Detroit stadium, in front of 26,000 fans. The NBC radio network broadcast the game on 94 stations across the country–the first national Thanksgiving football broadcast. Since that time, the Lions have played a game every Thanksgiving (except between 1939 and 1944); in 1956, fans watched the game on television for the first time. – Source

7. When Abe Lincoln declared Thanksgiving a national holiday, it was thanks to the tireless efforts of a magazine editor named Sarah Josepha Hale. She also wrote the nursery rhyme, “Mary had a Little Lamb.” – Source

8. The only things that are known to have been served on the first Thanksgiving were deer. – Source

9. The day with the lowest p*rn viewing rates is Thanksgiving. 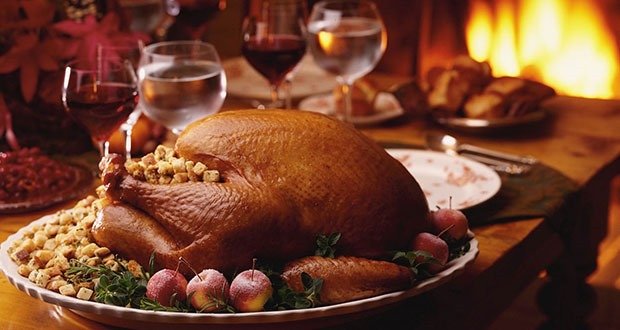 11. The National Turkey Federation estimated that 46 million turkeys, one fifth of the annual total of 235 million consumed in the United States were eaten at Thanksgiving. – Source

12. The American Automobile Association (AAA) estimated that 42.2 million Americans traveled 50 miles or more from home over the Thanksgiving holiday weekend in 2010. – Source

13. Originally known as Macy’s Christmas Parade to signify the launch of the Christmas shopping season, the first Macy’s Thanksgiving Day Parade took place in New York City in 1924. It was launched by Macy’s employees and featured animals from the Central Park Zoo. Today, some 3 million people attend the annual parade and another 44 million watch it on television. – Source

14. In 1939, President Roosevelt proclaimed that Thanksgiving would take place on November 23rd, not November 30th, as a way to spur economic growth and extend the Christmas shopping season. – Source

15. Since 1947, the National Turkey Federation has presented a live turkey and two dressed turkeys to the President. The President does not eat the live turkey. He “pardons” it and allows it to live out its days on a historical farm. – Source 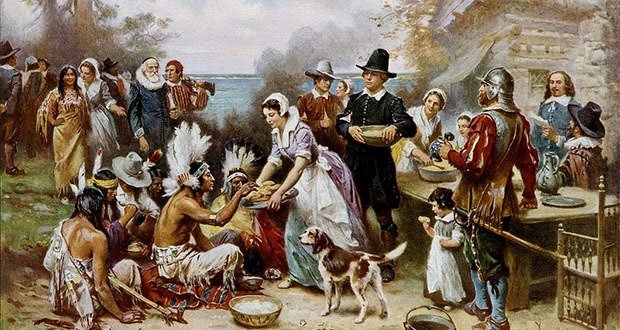 16. Of the 102 people on the Mayflower, only about half of them were what have traditionally come to be known as Pilgrims. The others, which are called “strangers”, were just people hitching a ride to the New World.

17. The phrase “turkey shoot” comes from the late 19th century practice of tying turkeys behind logs on Thanksgiving morning, with only their heads exposed and then holding a marksmanship competition, trying to shoot the turkey’s head off. – Source

19. TV dinners have Thanksgiving to thank. In 1953, someone at Swanson misjudged the number of frozen turkeys it would sell that Thanksgiving, by 26 tons. Some industrious soul came up with a brilliant plan: Why not slice up the meat and repackage with some trimmings on the side? Thus, the first TV dinner was born! – Source

20. Black Friday is the busiest day of the year for plumbers, according to Roto-Rooter, the nation’s largest plumbing service. After all, someone has to clean up after household guests who “overwhelm the system.” – Source 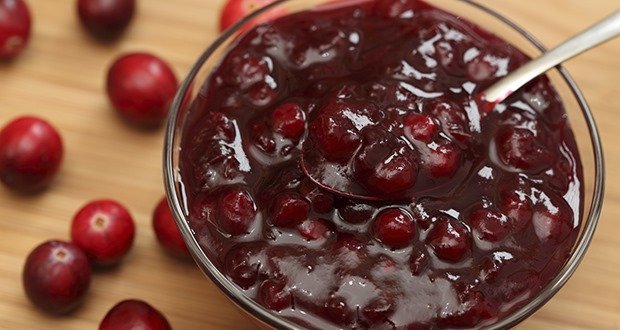 21. A lot of cranberries are needed to accompany all that turkey on Thanksgiving. In all, 768 million lbs. (350 million kilograms) of cranberries were produced in the United States in 2012. – Source

22. Celebration that took place in the fall of 1621 in Plymouth Colony between European settlers and the Wampanoag Indians lasted three days.

23. The average person consumes 3,000 calories during Thanksgiving dinner. With other meals and snacking included a day can come to between 4,000 and 6,000 calories. It could take 8 hours of moderate exercise to burn that off. The original celebrants of Thanksgiving consumed around 550 calories at their celebration thanks to the lack of pies and alcohol.

25. In 1920, Gimbels department store in Philadelphia held a parade with about 50 people and Santa Claus bringing up the rear. The parade is now known as the 6abc IKEA Thanksgiving Day Parade and is the nation’s oldest Thanksgiving Day parade. – Source