Iraq before the invasion 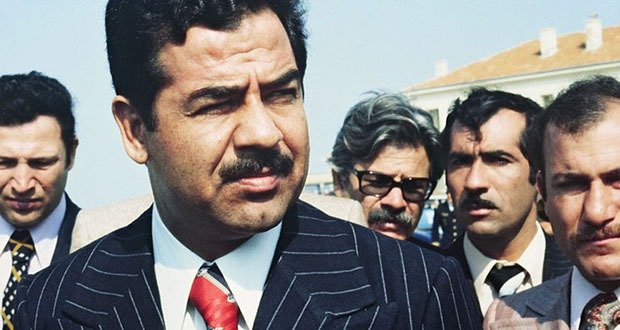 Iraq was a mess. The Iran-Iraq war destroyed the economy, killed lots of people and left people impoverished. The first Gulf War resulted in mass destruction and worse oppression (and more poverty). The 1990s and its sanctions regime was devastating, with a breakdown of services and death of countless children through preventable diseases. Like most Arab regimes, order was enforced by terror. There had been many efforts to steer the government toward something better, including ideas like communism or democracy, but all these reformers were jailed, exiled, or killed. That pretty much left Islamists as the only alternative. 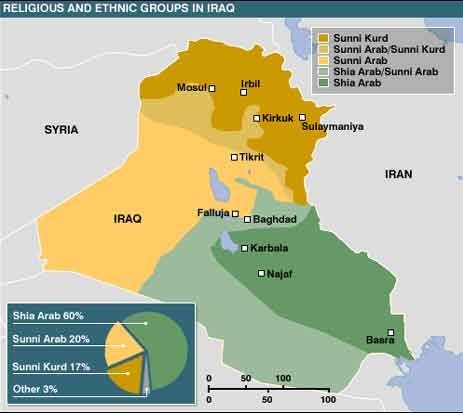 Iraq’s borders are the result of colonial secret deals, and were never intended to serve as independent nations. Back then, it was standard practice to muddle-up the ethnicities in order to “divide and rule” – a united people would more easily oppose colonialism. But this made Iraq inherently unstable, with a Sunni Muslim minority (led by the Saddam Hussein-led Baathist Party) ruling brutally over a Shiite majority.

So the invasion happened 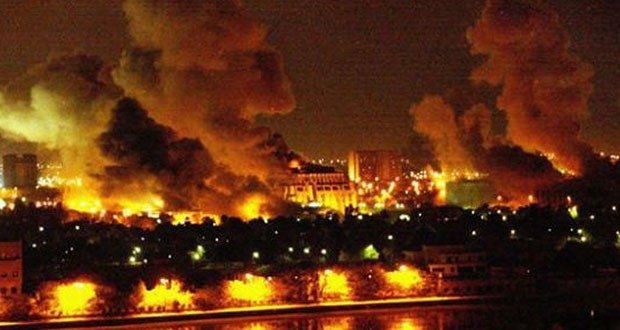 Let’s skip the origins, reasons and motivations of the 2003 invasion of Iraq. The point is, the war happened. The US employed a relatively small force, knowing full well that Saddam’s regime, like so many dictatorships, had a very weak hold on power. Take out the leaders, put someone else in charge.

Things didn’t go according to plan 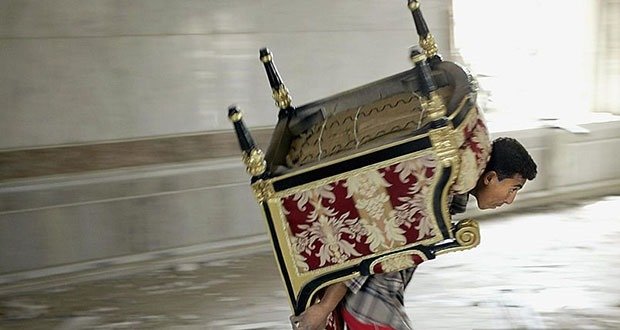 The war was a disaster. Any idea of replacing Saddam proved delusional, because instead of just chopping off the head the whole thing just died. That is to say, the state completely collapsed pretty much overnight, leaving Iraq a failed state. Mass looting, mass insanity, mass destruction and wide-scale resistance. USA ended up with a blank state instead of a functioning nation, and a growing insurgency. 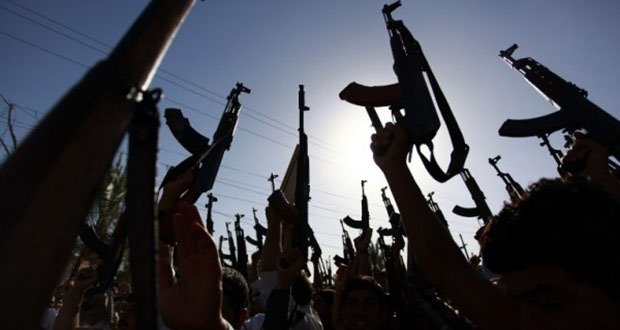 Reversing the power balance in Iraq by putting the Shiites in charge wasn’t direct US policy. The idea was to create more democratic institutions and create a fair, secular society was the ideal, but the Sunnis did not like what was happening, and were the core of the insurgency. It was violent and brutal, involving intense combat in places like Fallujah. It’s worth noting that the Americans weren’t loved by the Shiites either; many Shiite areas were no-go for US forces. It was a bloody mess.

It wasn’t just about killing 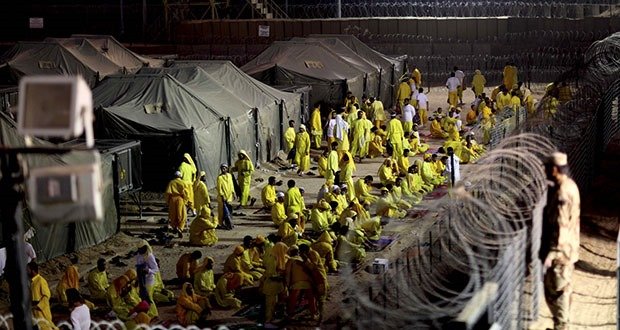 American forces engaged in plenty of combat in Iraq, definitely. But in addition, there were mass roundups of insurgents and suspected insurgents and insurgent sympathizers. So many people that the new prison system was overwhelmed and badly organized. The horrors of Abu Ghraib led to new camps being set up and prisoners being sent elsewhere. One place of concentration was Camp Bucca, located near the border with Kuwait. Prisoners were jammed in there but, in an effort to avoid another Abu Ghraib, were given a bit more independence. Indeed it was held up as an example of the right way to run such a facility.

So six guys walk into a prison camp… 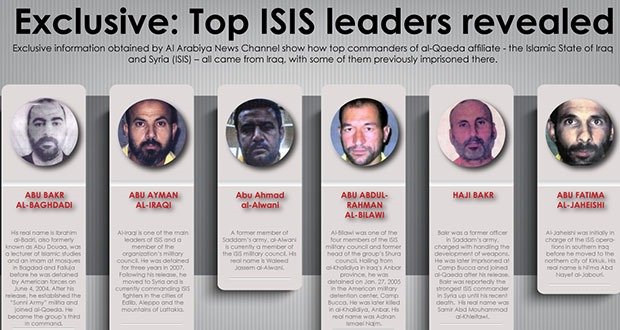 The hombres pictured here were all at Bucca. They never would have all met if it weren’t for the camp. While there, well, they kind of laid the groundwork for a direction for the Iraqi insurgency; one that would attract Sunnis across the land and fire them with a global vision, and would unite the many rebel factions under one roof. Eventually, out in the field, they were able to take control of Iraqi Al Qaeda leader Abu Musab al-Zarqawi’s unit after he had an unfortunate encounter with a pair of 500-pound bombs in 2004. At first they weren’t very impressive; just another one of Iraq’s dreary roster of would-be leaders.

Interesting note: At least three of those guys previously served in Saddam’s army, which was far from Islamist. This leads some to wonder whether the whole pious Muslim thing is a front, a marketing strategy, a fraud to gain power.

Meanwhile, among the Shiites… 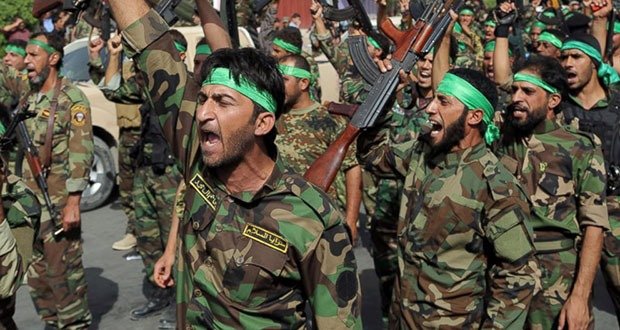 After Iraq collapsed, the long-oppressed Shiite community took up arms. Now the US tried to create a stable multi-faith and multi-ethnic federal government, but the parties simply could not get along. Yes there was a government with a military (lavishly-equipped thanks to USA), but the Shiites depended on their own militias, which sometimes fought the Americans, sometimes helped them, were very cozy with Iran in many cases, oh and operating death squads that killed a whole bunch of Sunnis, something that helped stir up Sunni anger at the Shiites (which in turn would help feed support for ISIS).

And meanwhile, up north… 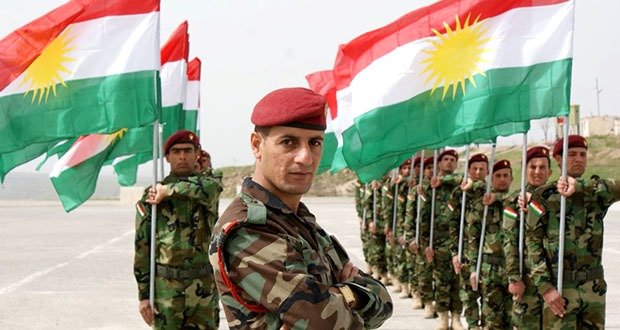 The Kurds are a minority of somewhat mysterious origins who occupy a large area that encompasses northern Iraq, northern Syria, northwest Iran and a good chunk of Turkey. They’ve been fighting for their independence for generations and have been subject to many massacres. In the wake of the first Gulf War, they attained a quasi-independence that involves a government, an economy, a tough and efficient army but no international recognition and plenty of hostility from neighboring countries (especially Turkey) who swear they’ll never allow an independent Kurdistan. For the most part the Kurds kept their distance from the Iraqi mess after Saddam’s government collapsed.

Suddenly it was ON 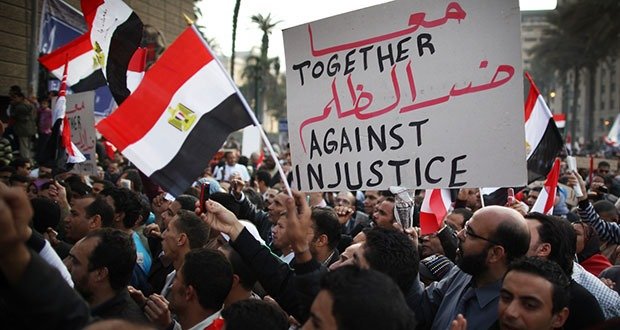 ISIS hadn’t accomplished all that much in Iraq. But in 2011, the Arab Spring happened. Protests happened across the region, including in neighboring Syria. The Assad dictatorship cracked down, the protesters became rebels, and then Syria pretty much collapsed. The border ceased to exist and wide areas basically had no government. Huge power vacuum. So over in Iraq, the leaders of ISIS figure they can make some gains over there. They send over as many guys as they can, and with the help of other Islamist rebels, and in no time flat, in the absence of any serious opposition, they occupy themselves a sizeable bit of territory. Now they’re not just a secret bunch of terrorists, they’re the beginnings of a country, with a territory to govern. From there, things start to accelerate pretty fast.

So who are these guys? 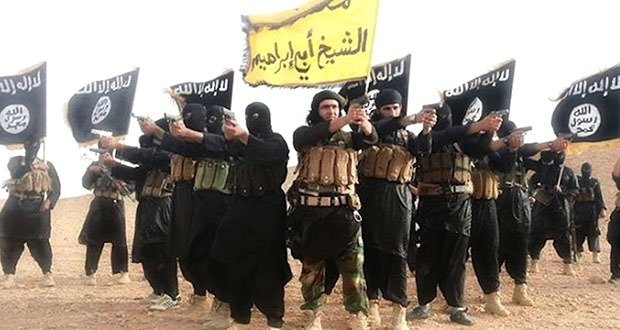 Basically, for the past 40-ish years, Islamist terrorist and fighters have been growing in number. You can trace them back to Egypt in the 50s, Israel in the 60s, and especially Afghanistan in the 80s and beyond. By 2012 this had created a very large number of well-trained, well-experienced, hardened, tough terrorists. Events in Syria drew them like moths to a flame. Very quickly they expanded, though no one is quite sure of their numbers. Some say ISIS has 25,000 soldiers, while other estimates range as high as 250,000. They are attracting foreign fighters all the time, as well as local guys. And from Syria they launched a surprise attack against the forces in Iraq that were disunited and unprepared, seizing even more territory. At one point they were at the gates of Baghdad and seemed poised to capture it. They were held back, but they did manage to seize vast amounts of American military hardware.

Here’s what makes ISIS so scary 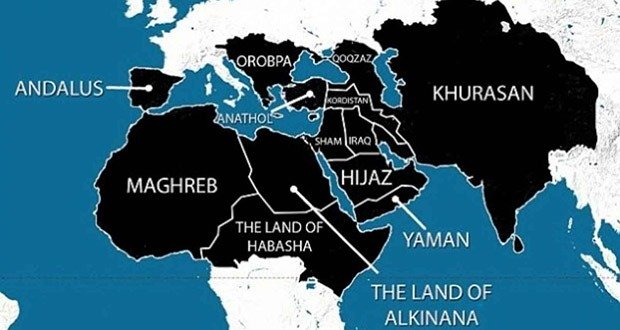 ISIS is very different from its predecessors in Afghanistan, Gaza or wherever. It isn’t just using fundamentalist Islam as a rallying cry, it’s branding itself as the birth, on earth, of the holy successor to the nation created by the Prophet Mohammad. If you’re an Islamic radical, you are required to swear loyalty to this nation and fight for it. You have to understand, these guys are excited by ISIS. A glorious new Islamic empire is going to be born and the world is going to be cleansed of all us unbelievers. This is more than mere nationalism or ideology, it’s something approaching religious ecstasy. ISIS is cropping up in Libya, Egypt, they’re fighting Hamas in Gaza, they’re threatening to overtake the Taliban in Afghanistan.