Most people don’t think about international borders because they don’t really have to worry about them unless they’re going abroad, but this isn’t the case for everyone. Some people have to change the entire way they live because of borders between countries – and here’s how.

An enclave is any portion of a state that is entirely surrounded by the territory of one other state. So the use of these terms depends on the context. An exclave isn’t always an enclave. For example, Alaska is separated from the rest of the USA, but it is not an enclave because it isn’t surrounded completely by Canada, it has a coastline. The next image should explain exactly what an enclave is. 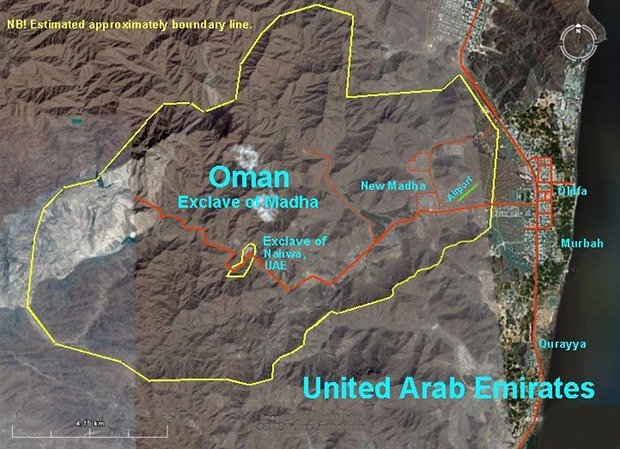 But we have to go deeper with this picture, as you may have already seen there is another enclave within the Oman enclave, the territory of Nahwa, which belongs to the UAE. It too is both an enclave and an exclave. That is enclave-ception right there, an enclave inside another enclave.

Baarle Hertog & Baarle Nassau – A Border Through Your Front Door 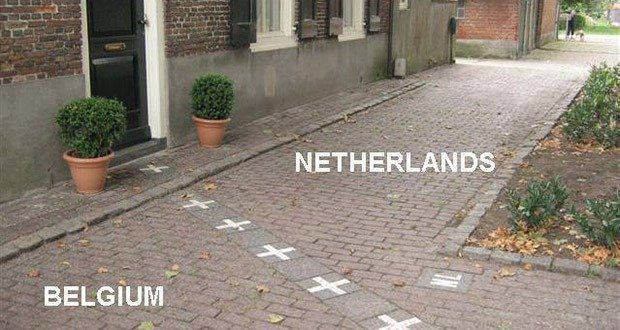 You might’ve heard of this one. A similar problem with enclaves and exclaves is going on here, there are lots and lots of these dotted around these two towns. They sit on the border between Belgium and the Netherlands, but they have both only recently agreed on what the actual border should look like. This pissed off most of the residents of these two towns as some of the people who thought they were living in Belgium were actually living in the Netherlands, and vice versa.

The border even went directly through one person’s front door!

Saint Martin – A Tiny Island With A Complicated Past (But no enclaves or exclaves for once!) 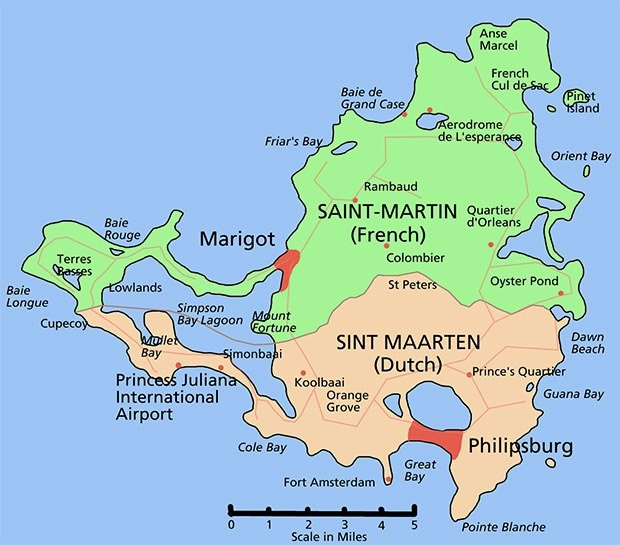 The Caribbean island of Saint Martin belongs half to the French and half to the Dutch, despite only being 34 sq miles (87 sq km) and having an overall population of around 77,000. Christopher Columbus actually landed on this island. 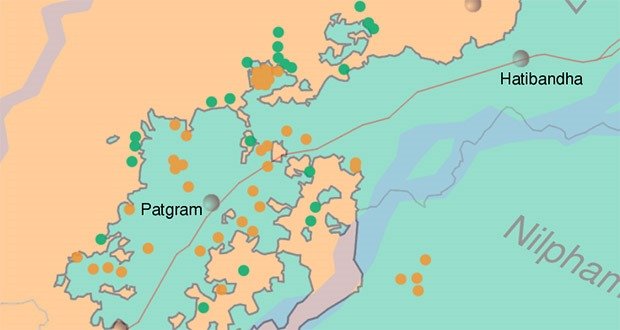 Legend says that ancient Indian and Bangladeshi kings used to bet pieces of land in card games, and the result was a ton of confusing exclaves and enclaves. In reality, they were more likely the result of a confused treaty in the 1700s between these kings.

In modern times, however, the division inside these enclaves and exclaves has become very apparent. Those who live in these pieces of land are unable to get to the mainland of their country because of strict border controls, meaning that their human rights are poor, they are mistreated and often unable to get food. A few years ago the countries agreed to start talks on rearranging the border, but since then not much has happened other than a few residents being able to finally leave their enclaves.

Jammu & Kashmir – Who Does It Belong To? 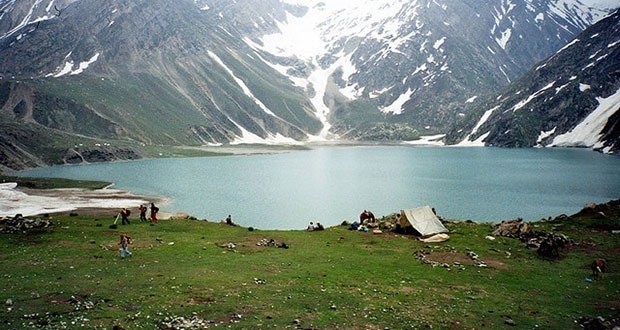 Jammu and Kashmir was once an independent state, until the 1940s, north of India and east of Pakistan, when Pakistani troops invaded the country, the King of Jammu & Kashmir requested help from a British colonial officer (although by this time India was independent, Britain kept a Governor-General in the country until 1950) who said that he would be assisted if he gave his land to India whilst remaining monarch of the area. The King agreed.

India took the problem to the UN who told both India and Pakistan to get out of the region. This resulted in 3 further wars between the countries and to this day they both claim the land whilst there is also a growing independence movement in the region. 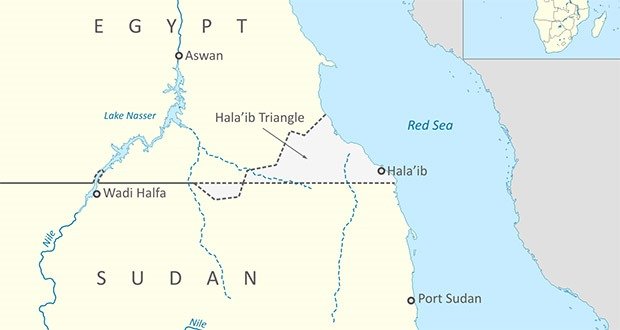 After Britain removed itself from North Africa, Egypt and Sudan had to draw a border up between themselves. For the most part, the border was a completely straight line, until they reached the Red Sea. Both countries desired a region called the Hala’ib Triangle because it had resourced and a settlement, the synonymous town of Hala’ib. Britain intervened and drew up a border that matched the land use of tribes in the area.

Egypt didn’t like this at all, it meant that it had to have Bir Tawil, a small, barren piece of land next to the Hala’ib whilst Sudan got the land with the resources and population. Egypt asserts that the border sits at the straight line originally drawn while Sudan claims it was the one drawn by the British, leaving Bir Tawil in an odd state as neither country actually claims Bir Tawil at all, making it the last unclaimed piece of land on Earth.

Although, that isn’t exactly true. Last year an American man went out there and claimed to set up “The Kingdom of North Sudan”, which has since received no recognition from any country. 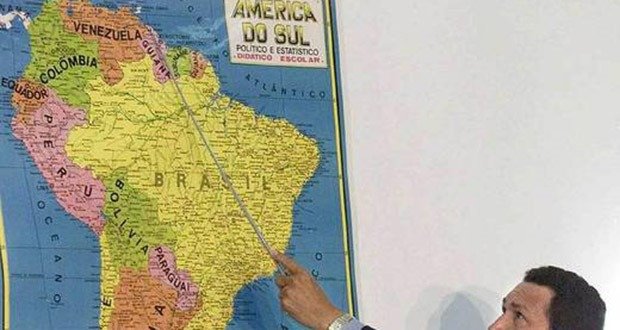 He is pointing to Guyana in South America. Guyana’s next door neighbor, Venezuela, claims that half of Guyana actually belongs to them. It’s an awkward situation and goes back to colonial times when Spain and Britain fought over the same portion of Guyana, this conflict was inherited by the successor countries.

In a settlement, Venezuela got a small area of this land and later agreed to sort out an agreement with Guyana that would settle any bad blood, although that was in 1966 and since then not much has changed in the dispute between these two. 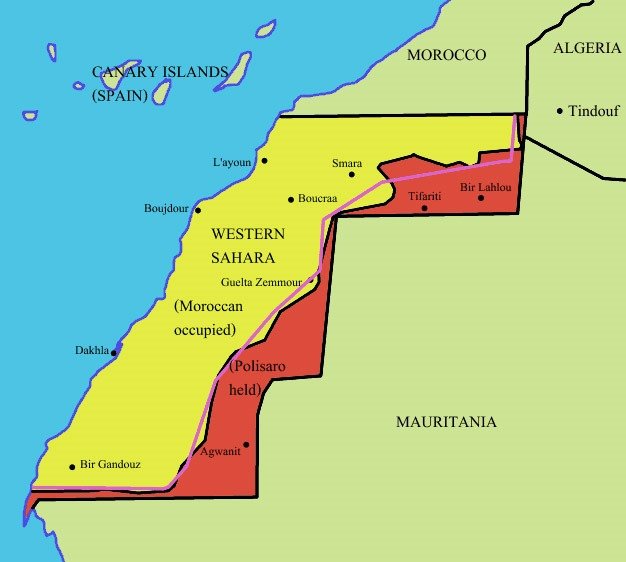 The fate of this strip of land on the Atlantic coast positioned between Algeria, Morocco and Mauritania has been long undecided and certainly unsure. After Spain pulled out of it’s North African colonies, it didn’t put much thought into organizing the land that was left there.

During WW2, Spanish Morocco took control of the area known as West Sahara. After that period of time, Morocco and Mauritania rose as independent states, and both of them fought for the sovereignty of the area which eventually led to the formation of an independence movement which called itself the Polisario, who wanted to create a country called the Sahrawi Arab Democratic Republic.

The map above shows the current division of Western Sahara. The red zone belongs to the Polisario whilst the yellow zone belongs to Morocco, and Mauritania claims to own the entire territory. The Polisario claim to be masters in guerilla warfare, although most Sahrawi refugees now live in a camp in Algeria. They were promised a referendum on independence by the UN, but alas so far there has been nothing.