Just take a look at this map. There are more people living inside the highlighted circle than outside of it. It seems like all the everyone outside the circle are just playing a sidegame.

Additional things to note in this map: 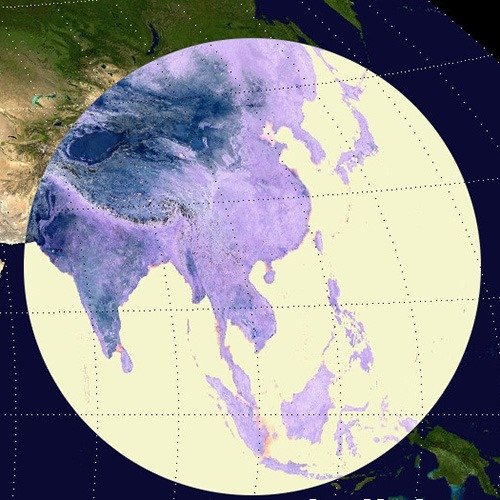 So, What drove this area to be the most populous in the world? 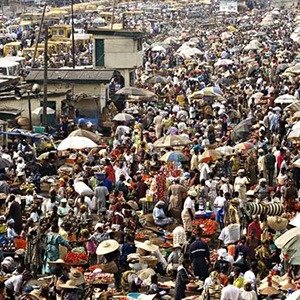 The Himalayas mean that India, Indochina, and China get both massive rainfall and river drainage, leading to very fertile lands. They’re also fairly close to the equator which means good growing seasons (unlike harsher European winters, for example) and general year round access to food. Most of the areas have been more or less unified, and stability boosts population growth anywhere. There’s also easy access to the sea from anywhere, and even more inland cities in China could easily travel due to flat terrain and river travel.

Environmentally this could kind of be compared to the eastern side of the Americas, however Eurasian civilizations have had access to domesticated animals for milennia, more access to highly profitable trade routes (China benefited from the Silk Road but could rely on the more mobile Mongolian nations to facilitate the trade) particularly as they have far more coastline, and they had a different experience with the introduction of Europeans as they were more resistant to the new diseases and had very established empires which couldn’t be erased as they had been in Mesoamerica.

The Americas has always had super low population density, most of them semi-hunter gatherers who hadn’t made the shift to intensive agriculture and urbanization when the Europeans arrived. Even with all the colonial influx, it was a lot to catch up from, and it’s still pretty sparsely populated. Europe was sort of an Asia in its day, world population share-wise, but the advent of birth control and post-agricultural society that didn’t demand getting kids out in the field has made its natural population growth negative these days. The middle east is a desert. Australia is a desert with the same story as Americas.

Would a free floating flashlight in space accelerate?