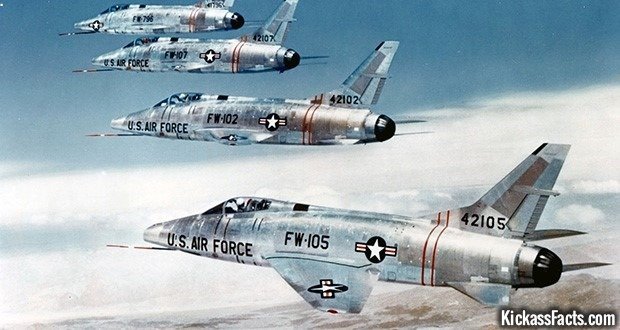 The North American F-100 Super Sabre was a supersonic jet fighter aircraft that served with the United States Air Force (USAF) from 1954 to 1971 and with the Air National Guard (ANG) until 1979. The first of the Century Series collection of USAF jet fighters, it was the first USAF fighter capable of supersonic speed in level flight. The F-100 was originally designed by North American Aviation as a higher performance follow-on to the F-86 Sabre air superiority fighter.

Adapted as a fighter bomber, the F-100 would be supplanted by the Mach 2 class F-105 Thunderchief for strike missions over North Vietnam. The F-100 flew extensively over South Vietnam as the Air Force’s primary close air support jet until replaced by the more efficient subsonic LTV A-7 Corsair II.[4] The F-100 also served in other NATO air forces and with other U.S. allies. In its later life, it was often referred to as “the Hun,” a shortened version of “one hundred.” 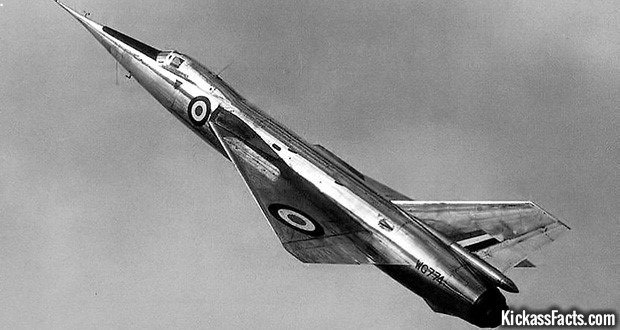 The Fairey Delta 2 or FD2 (internal designation Type V within Fairey) was a British supersonic research aircraft produced by the Fairey Aviation Company in response to a specification from the Ministry of Supply for investigation into flight and control at transonic and supersonic speeds.

The aircraft was the first to exceed 1000 mph, flying faster than the sun moves across the sky, and held the World Air Speed Record for over a year. 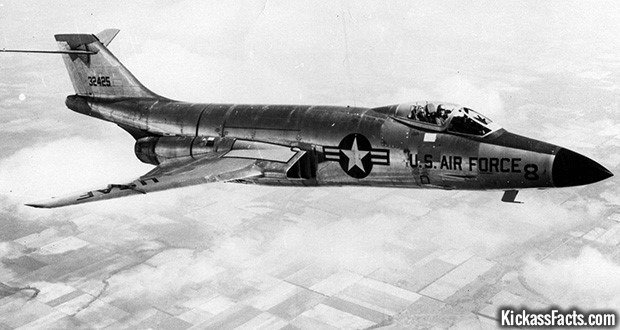 The McDonnell F-101 Voodoo was a supersonic jet fighter which served the United States Air Force (USAF) and the Royal Canadian Air Force (RCAF). Initially designed by McDonnell Aircraft as a long-range bomber escort (known as a penetration fighter) for the Strategic Air Command (SAC), the Voodoo was instead developed as a nuclear-armed fighter-bomber for the Tactical Air Command (TAC), and as a photo reconnaissance aircraft based on the same airframe. Extensively modified versions were produced as an all-weather interceptor aircraft, serving with the Air Defense Command, later renamed the Aerospace Defense Command (ADC), the Air National Guard, the Royal Canadian Air Force and the unified Canadian Forces after 1968. 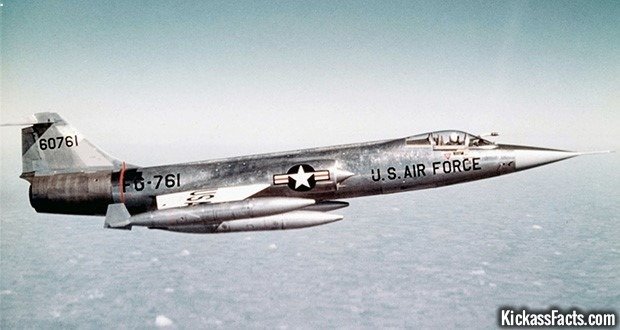 The Lockheed F-104 Starfighter is a single-engine, supersonic interceptor aircraft originally developed by Lockheed for the United States Air Force (USAF). It was operated by the air forces of more than a dozen nations from 1958 to 2004.

A total of 2,578 Starfighters were produced, mostly by NATO members. The poor safety record of the Starfighter brought the aircraft into the public eye, especially in German Air Force service. The F-104 was also at the center of the Lockheed bribery scandals, in which Lockheed had given bribes to a considerable number of political and military figures in various nations in order to influence their judgment and secure several purchase contracts; this caused considerable political controversy in Europe and Japan. 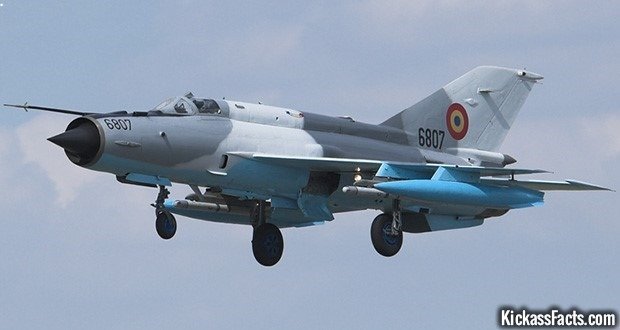 Early versions are considered second-generation jet fighters, while later versions are considered to be third-generation jet fighters. Approximately 60 countries over four continents have flown the MiG-21, and it still serves many nations a half-century after its maiden flight. The fighter made aviation records. At least by name, it is the most-produced supersonic jet aircraft in aviation history and the most-produced combat aircraft since the Korean War, and it had the longest production run of a combat aircraft (1959 to 1985 over all variants). 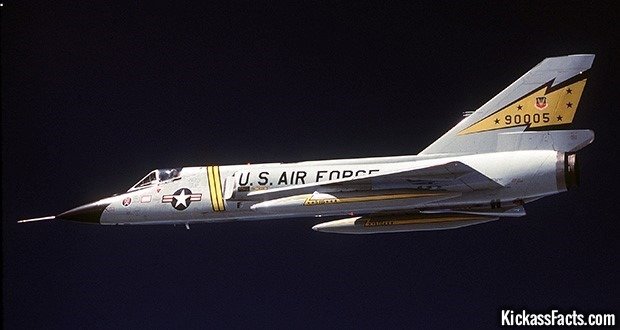 The Convair F-106 Delta Dart was the primary all-weather interceptor aircraft of the United States Air Force from the 1960s through the 1980s. Designed as the so-called “Ultimate Interceptor”, it proved to be the last dedicated interceptor in U.S. Air Force service to date. It was gradually retired during the 1980s, with the QF-106 drone conversions of the aircraft being used until 1998 under the Pacer Six Program. 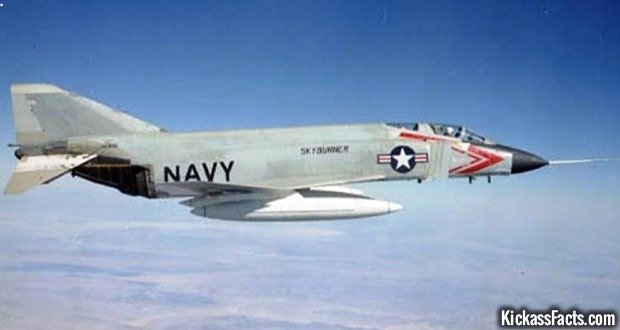 The McDonnell Douglas F-4 Phantom II is a tandem two-seat, twin-engine, all-weather, long-range supersonic jet interceptor fighter/fighter-bomber originally developed for the United States Navy by McDonnell Aircraft. It first entered service in 1960 with the U.S. Navy. During the Vietnam War the F-4 was used extensively; it served as the principal air superiority fighter for both the Navy and Air Force, and became important in the ground-attack and reconnaissance roles late in the war. The Phantom has the distinction of being the last U.S. fighter flown to attain ace status in the 20th century.

The F-4 Phantom II remained in use by the U.S. in the reconnaissance and Wild Weasel (suppression of enemy air defenses) roles in the 1991 Gulf War, finally leaving service in 1996. 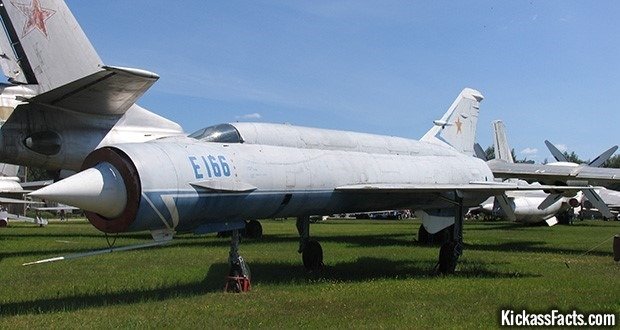 The two single engined Ye-152’s were completed with improved R-15-300 engines, as the Ye-152-1 and Ye-152-2, but reliability remained an issue, with only limited development flying, weapons system testing and world record flights carried out. World record flights were carried out by the first prototype Ye-152-1 in 1961 and 1962. 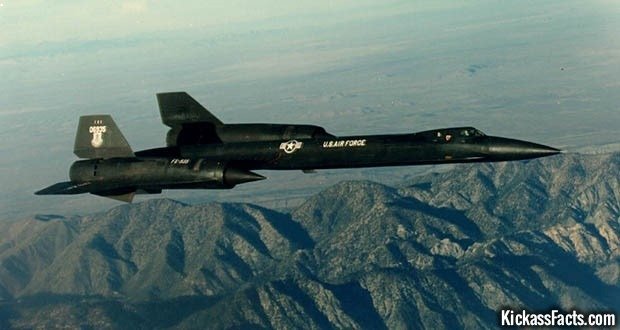 The Lockheed YF-12 was an American prototype interceptor aircraft evaluated by the United States Air Force. The YF-12 was a twin-seat version of the secret single-seat Lockheed A-12 reconnaissance aircraft, which led to the U.S. Air Force’s Lockheed SR-71 Blackbird twin-seat reconnaissance variant. The YF-12 set and held speed and altitude world records of over 2000 mph and over 80,000 ft (later surpassed by the SR-71), and is the world’s largest manned interceptor to date. 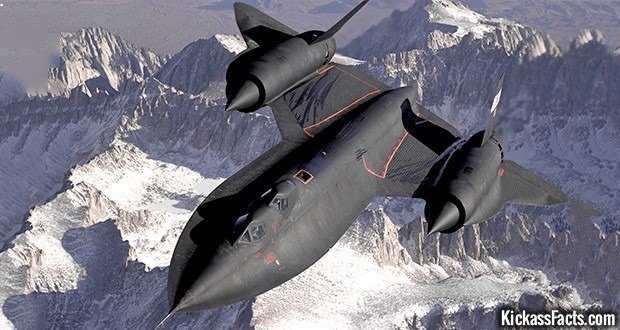 The Lockheed SR-71 “Blackbird” is a long-range, Mach 3+ strategic reconnaissance aircraft that was operated by the United States Air Force. It was developed as a black project from the Lockheed A-12 reconnaissance aircraft in the 1960s by Lockheed and its Skunk Works division. Renowned American aerospace engineer Clarence “Kelly” Johnson was responsible for many of the design’s innovative concepts. During reconnaissance missions, the SR-71 operated at high speeds and altitudes to allow it to outrace threats. If a surface-to-air missile launch was detected, the standard evasive action was simply to accelerate and outfly the missile. The SR-71 was designed to have basic stealthy characteristics and served as a precursor to future stealth aircraft.

The SR-71 served with the U.S. Air Force from 1964 to 1998. A total of 32 aircraft were built; 12 were lost in accidents, but none lost to enemy action. The SR-71 has been given several nicknames, including Blackbird and Habu. Since 1976, it has held the world record for the fastest air-breathing manned aircraft, a record previously held by the YF-12.