We have decided to introduce yet another segment which will published on Thursdays and will be henceforth known as Minerals of the week. One of our writers is a mineral enthusiast, who asked us if he share his knowledge with you guys. Please give us a feedback (negative or positive) and depending on the responses, we will decide on the future course of this segment. 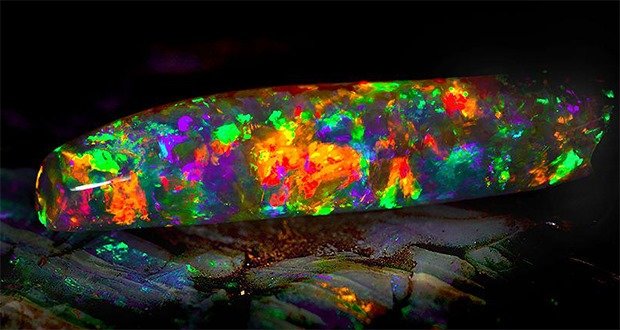 The Virgin Rainbow is one of the world’s finest opals, shines reds, greens, blues, purples, and more depending on how it is viewed. This is a rare multi-colored gem widely believed to be the world’s finest opal. The gem was discovered by John Dunstan, an Australian opal miner, in 2003 in Coober Pedy, a remote outback town which is known for its high quantity of opals.

Opal, a form of silica, are similar to quartz but contain water and typically occur in South Australia in rocks affected by weather about 1.8 to 70 million years ago. 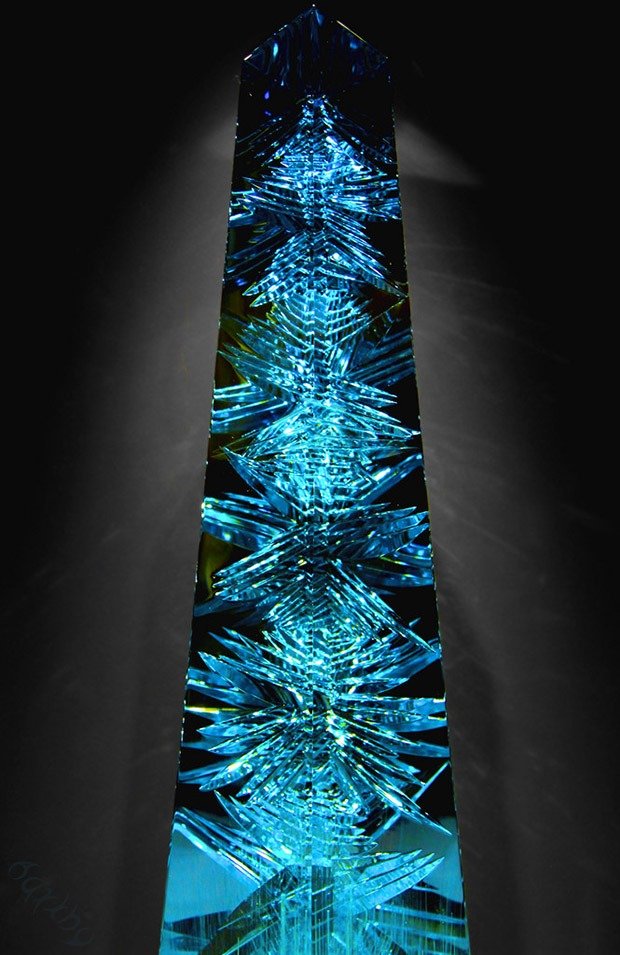 The Dom Pedro Aquamarine exists today because of one thing—passion—passion from a great gem dealer, passion from a creative gem artist, and passion from a serious gem collector. In the late 1980s, an exceptionally large aquamarine crystal was found by three Brazilian miners in Pedra Azul, Minas Gerais, Brazil. These Brazilian prospectors, garimperos, accidentally dropped the meter-long aquamarine, breaking it into three pieces. A Brazilian buyer, whose identity is unknown to us, purchased the fragmented pieces. The finest and largest piece was saved and transformed into what is now known as the Dom Pedro Aquamarine.

Aquamarine is a blue or cyan variety of beryl. Beryl is a mineral composed of beryllium aluminium cyclosilicate. The deep blue version of aquamarine is called maxixe. Maxixe is commonly found in the country of Madagascar. Its color fades to white when exposed to sunlight or is subjected to heat treatment, though the color returns with irradiation.

03. “Light of The Desert” Cerussite 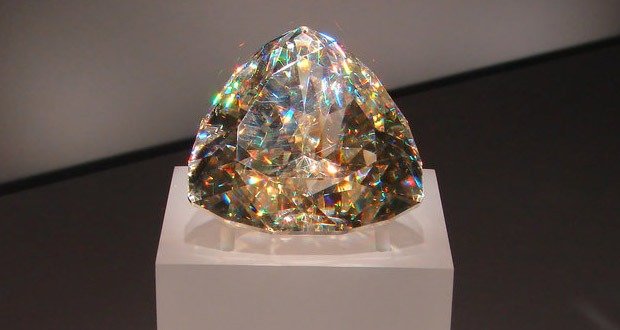 The Light of the Desert is a cerussite gem in the Royal Ontario Museum’s collection. It is the world’s largest faceted example of cerussite. The word “cerussite” comes from the Latin meaning “white lead”; the mineral is a lead carbonate. Cerussite is known for its dispersion (or fire). Dispersion is the amount of light a gem will pass through the color spectrum. Many gem collectors love cerussite because of its ability to clearly prism light into the different colors of the light spectrum.

The raw cerussite was discovered in Tsumeb in northern Namibia and acquired by a gem cutter from Arizona who then cut the raw material into the gem on display. The cutting and transport of this gem is a delicate business as cerussite is extremely fragile and sensitive to changes in temperature changes and vibration. After it was cut in Arizona the gem was placed in a box, then wrapped in a large woolen scarf and a winter vest, and then hand transported to Toronto for display. Cerussite is too fragile to ever be set in jewelry. 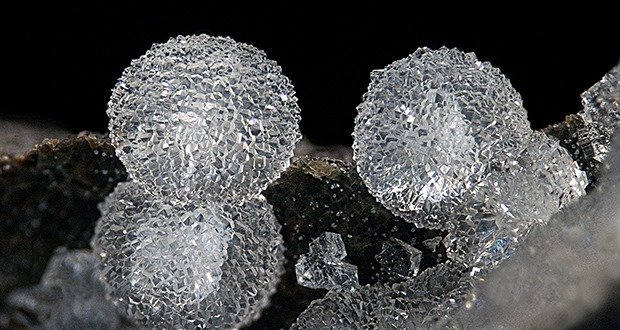 Here is a nice crystallized ball of Phillipsite. Phillipsite is a mineral series of the zeolite group; a hydrated potassium, calcium and aluminium silicate. The original phillipsite material was from Acireale, Etna Volcanic Complex, Catania Province, Sicily, Italy. Crystals of phillipsite are usually small, transparent and glassy.

Phillipsite is a mineral of secondary origin, and occurs in cavities of mafic volcanic rocks: for example in the basalt of Northern Irealand, near Melbourne; and in Rome. Small crystals of recent formation have been observed in the masonry of the hot baths at Plombires and Bourbonne-les-Bains, in France. Minute spherical aggregates embedded in pelagic red clay were dredged by the Challenger from deep sea sedimenary deposits in the Pacific Ocean. 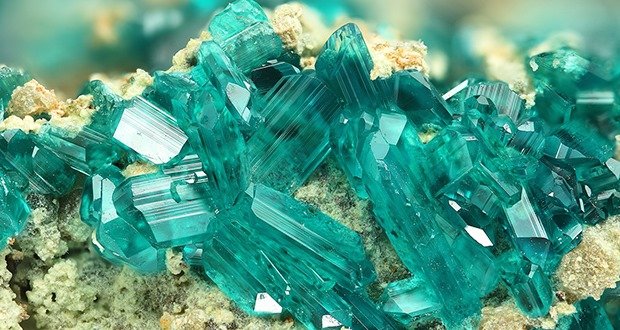 Caledonite, whose name derives from Caledonia, the historical name of its place of discovery (Scotland), is a richly colored blue-green sulfate-carbonate mineral of lead and copper with an orthorhombic crystal structure. It is an uncommon mineral found in the oxidized zones of copper-lead deposits.

Caledonite’s primary use is a collector’s mineral. Although it contains copper and lead. Caledonite, when developed into full crystals, can have a deep blue-green color reminiscent of secondary copper minerals. Its high lustre, on the other hand, is more like secondary lead minerals. Localities in which caledonite occurs as well developed crystals are quite rare and include the Mammoth-St. Anthony Mine at Tiger, Arizona, a few mines in California, such as the Reward Mine. A few other mines in Arizona and Chile have been known to produce samples. 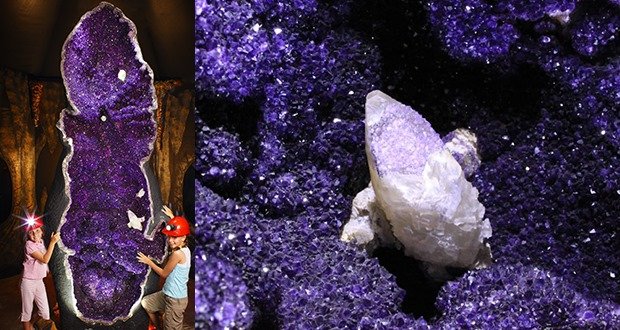 Empress of Uruguay, a hollow rock filled with amethyst crystals – is the main attraction at the Crystal Caves in Queensland, Australia. At well over three metres tall (that’s eleven feet) and weighing two and a half tons, the size is certainly impressive but it’s the sheer beauty that makes people gasp when they first see her. This is the World’s biggest Amethyst Geode, but the tens of thousands perfect, deep purple Amethyst crystals that nature has formed naturally inside truly amaze everyone who sees her. It is very unusual to see Amethyst crystals of this quality rated as being “AA Jewellery Quality” and together in their thousands they present a truly dazzling sight. Many people spend long periods of time just gazing and absorbing the sheer beauty of The Empress, pondering the intricacies of nature. 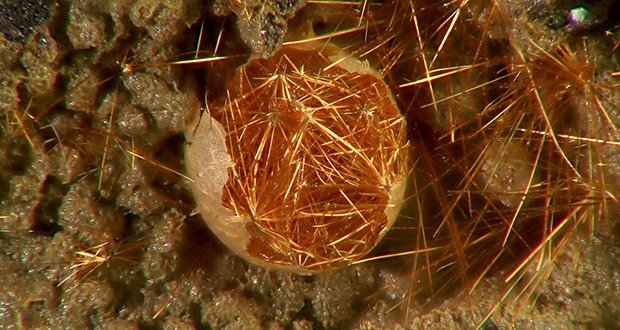 Karibibite is a rare mineral that is named after the Karibib District in Namibia where the mineral occurs. It can also be found in granite pegmatites in Japan, Morocco, Brazil, and Kazakhstan. Karibibite is paramagnetic, magnetic in the presence of externally applied magnetic fields. It can also fluoresces yellow under short-wave ultraviolet light. 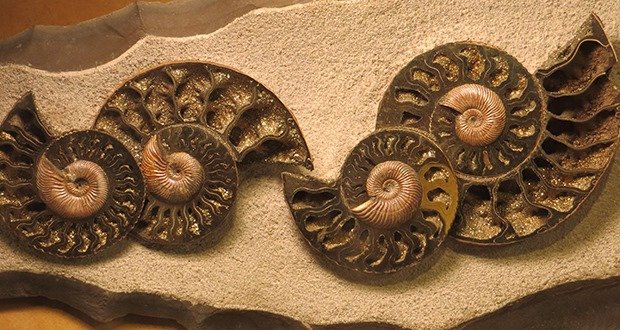 A fossil is the impression left when the body of an ancient animal or plant is encased in some kind of mud or sand, which turns into rock over great expanses of time. After the matrix around the object has become firm enough to hold its shape, the object itself is slowly replaced by some other mineral that works its way in from the surrounding matrix. If all goes well, the rock or mineral formed where the body used to be is different enough from the surrounding rock or mineral that it’s possible to separate them and rediscover the original shape of the object. (If it doesn’t go well, either there’s no fossil formed, or it’s one that is so subtle you just don’t notice it.)

A fossil can be formed out of all kinds of different minerals, so there are really two entirely separate ways to describe one: What it’s a remnant of, and what it’s made out of. This sample is a fossil of a type of animal called an Ammonite, but even more interestingly, it happens to be made of pyrite (iron sulfide), also known as “fool’s gold” because it looks a lot like gold. 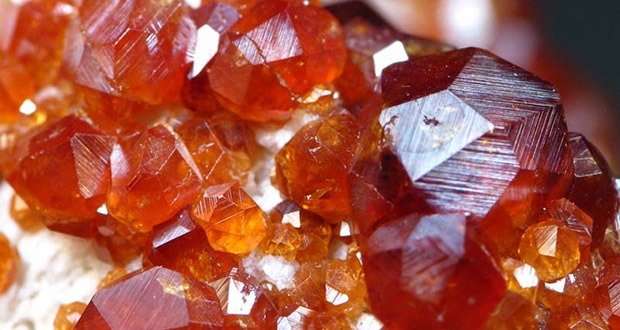 Spessartine is member of the Garnet group, and is known for its aesthetic orange and reddish-orange colors. This form of Garnet was once much rarer, but new abundant finds in Tanzania, China, and Pakistan have really put Spessartine on the map, making it very well regarded. Spessartine forms a solid solution series with Almandine, and can be virtually indistinguishable from it in localities where both these Garnets occur together. Spessartine is named after the Spessart Mountains, in Bavaria, Germany, which is the type locality for this mineral. 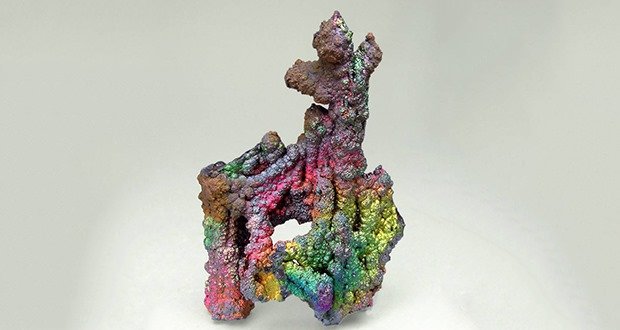 Turgite is a mix of Hematite and Goethite (pronounced gur-tite). Hematite is an iron oxide. Goethite is an iron oxide-hydroxide with ferric iron. The interlaying mix of the two iron oxides is what creates the iridescent look. The popular understanding is that it is a super thin layer of goethite, somewhat similar to oil on water reflecting colors however this is open for discussion.