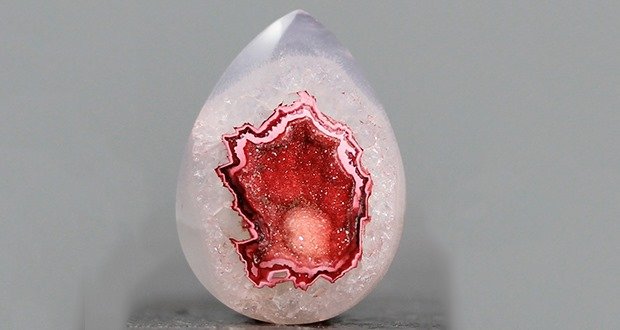 This is a well formed Agate Druze Egg. The outside is a natural, rugged white rock surface. On the inside there’s a wonderland of agate formations plus brilliant snow-white crystals that sparkle in the light. The inside surface has been dyed by the artist with a red dye. 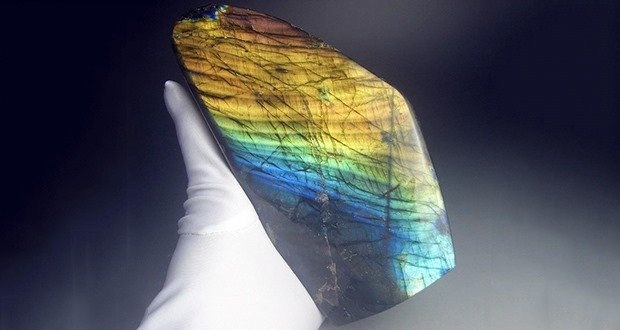 Labradorite is a feldspar mineral that is most often found in mafic igneous rocks such as basalt. Some specimens of labradorite exhibit a schiller effect, which is a strong play of iridescent blue, green, red, orange, and yellow colors. Labradorite is so well known for these spectacular displays of color that the phenomenon is known as “labradorescence.” Specimens with the highest quality labradorescence are often selected for use as gemstones. Lore of the Inuit peoples claim Labradorite fell from the frozen fire of the Aurora Borealis, an ordinary stone that transforms to the extraordinary, shimmering in a mystical light that separates the waking world from unseen realms. This here is a 970 g specimen of the most colorful Labradorite. All of these colors naturally exist in labradorite, and it appears to be 100% natural. It’s only missing some shades of purple. 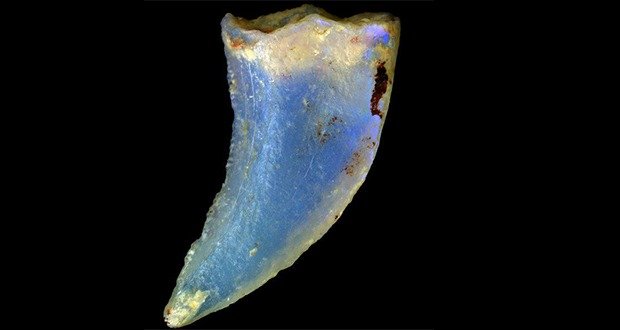 Typically Opal is formed by water running through sedimentary sandstone. Water picks up a Silica molecule from the sandstone and soaks into the fossil. When the water evaporates the Silica is left behind. Most opalized Fossils are found in Australia and are only formed in very specific conditions and depths. A good specimen the size of a sand dollar can run you anywhere from $2000-$5000. This tooth here is from Eric the Pliosaur who lived in Australia’s inland sea around 100 million years ago and, after dying, his bones were replaced by groundwater that turned into opal. The opalised skeleton was found by a miner around Coober Pedy, South Australia, in 1987. 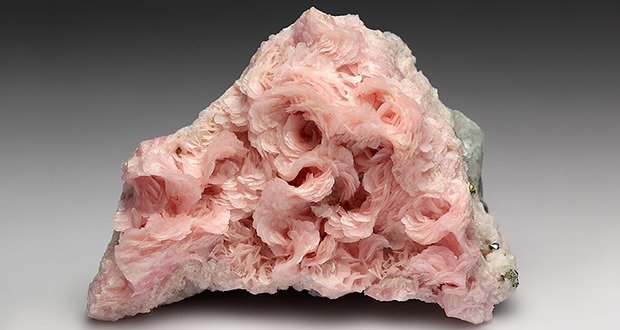 Rhodocrosite was first described in 1813 in reference to a sample from Cavnic, Maramureş, present-day Romania. The name is derived from a Greek word that means rose-colored. Colorado officially named Rhodochrosite as its state mineral in 2002 based on a proposal by a local high school. The reason for this lies in the fact that while the mineral is found worldwide, large red crystals are found only in a few places on earth, and some of the best specimens have been found in the Sweet Home Mine near Alma, Colorado. 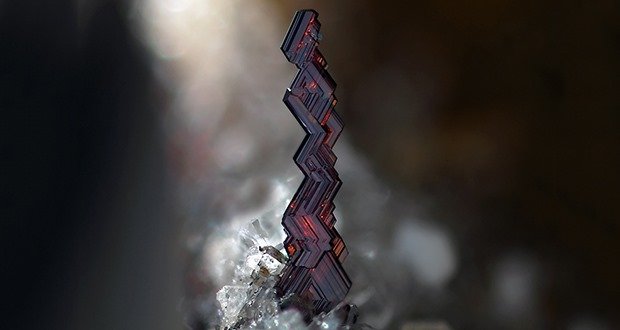 Rutile is a common mineral, titanium dioxide, TiO 2, usually reddish-brown in color with a brilliant metallic or adamantine luster. This wine-red crystalline mineral in used creating ceramics in high refraction options, and of course refined to produce titanium. 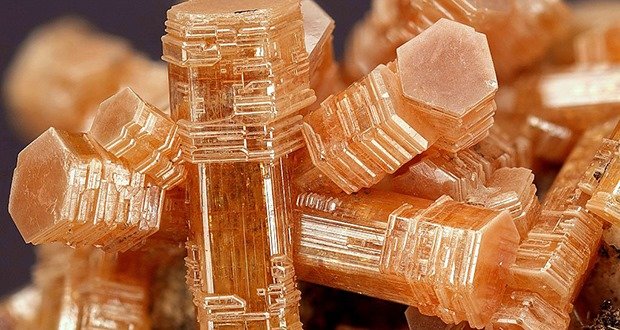 Pyromorphite is a mineral species composed of lead chlorophosphate, sometimes occurring in sufficient abundance to be mined as an ore of lead. Crystals are common, and have the form of a hexagonal prism terminated by the basal planes, sometimes combined with narrow faces of a hexagonal pyramid. Pyromorphites occur in a range of colors from pale beige to deep browns and stunning bright shades of green, yellow, and orange. The lead minerals occur in hundreds of localities throughout the world and include Canada, USA, Italy, China, Germany, France, and more. 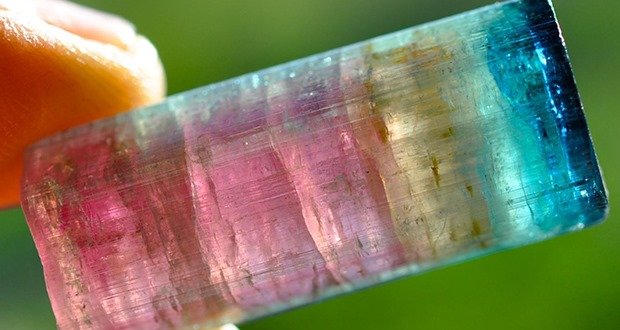 This tourmaline is Four Color Elbaite from Sapo Mine in Brazil that was mined in 1997. Tourmalines are gems with an incomparable variety of colours. The reason, according to an old Egyptian legend, is that the tourmaline, on its long journey up from the centre of the Earth, passed over a rainbow. In doing so, it assumed all the colours of the rainbow. And that is why it is still referred to as the ‘gemstone of the rainbow’ today. The name tourmaline comes from the Singhalese words ‘tura mali’. In translation, this means something like ‘stone with mixed colours’, referring to the colour spectrum of this gemstone, which outdoes that of all other precious stones. There are tourmalines from red to green and from blue to yellow. They often have two or more colours. There are tourmalines which change their colour when the light changes from daylight to artificial light, and some show the light effect of a cat’s eye. 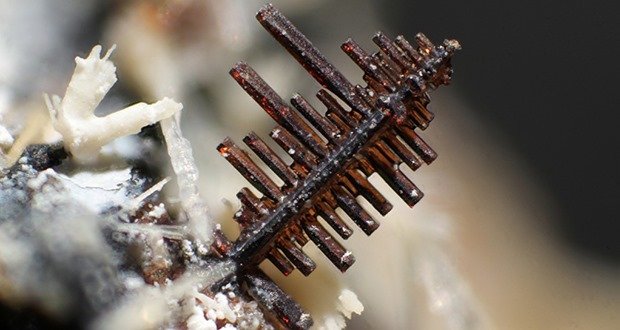 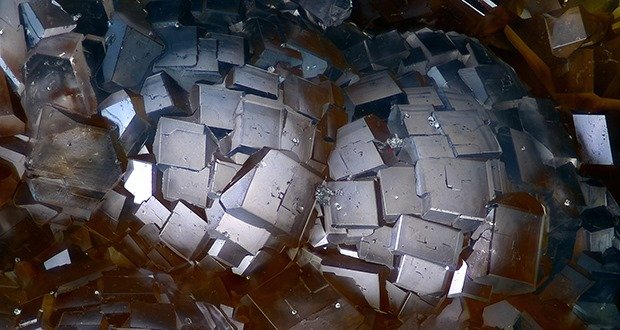 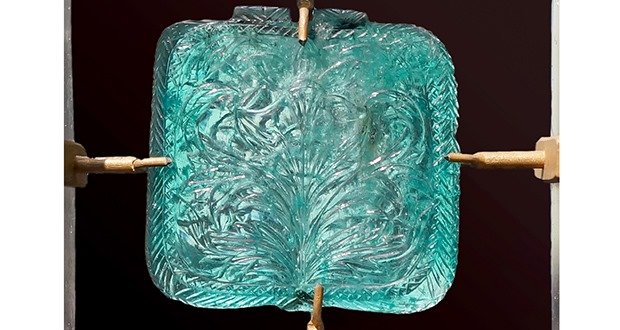 This here is an emerald engraved with flowers belonging to Mogul India from late 17th-early 18th century. Emerald is a gemstone and a variety of the mineral beryl, colored green by trace amounts of chromium and sometimes vanadium. Most emeralds are highly included, so their toughness (resistance to breakage) is classified as generally poor.

10 Most Powerful and Influential Sith to Have Existed