I’m so stoked about this mineral. Torbernite is just completely out of control. On a scale of one to even, I literally can’t. 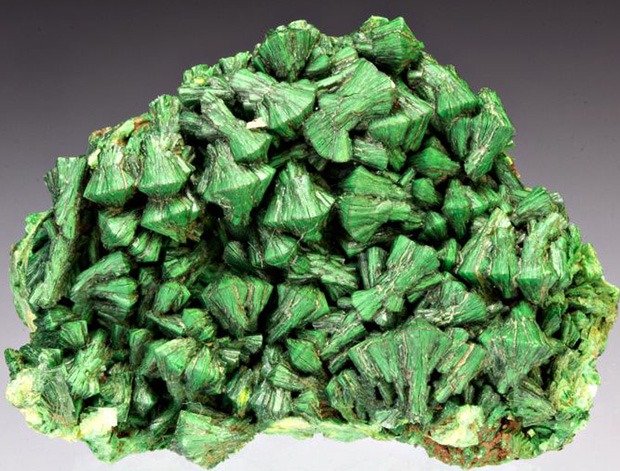 It was named in 1793 by Abraham Gottlob Werner in honor of Torbern Olof Bergmann, Professor of Chemistry and Physics, University of Uppsala (Sweden). The picture above is of a superb deep green crystals of torbernite covering attactively the front side of a 6.0 x 4.0 x 2.5 cm matrix. 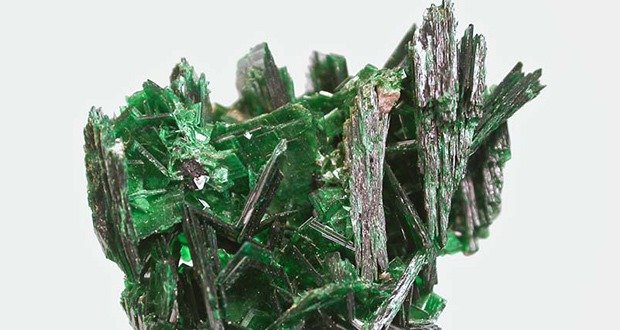 Torbernite’s chemical formula is Cu(UO2)2(PO4)2·12 H2O. The picture above is of a plate of emerald green torbernite crystals with some damage. 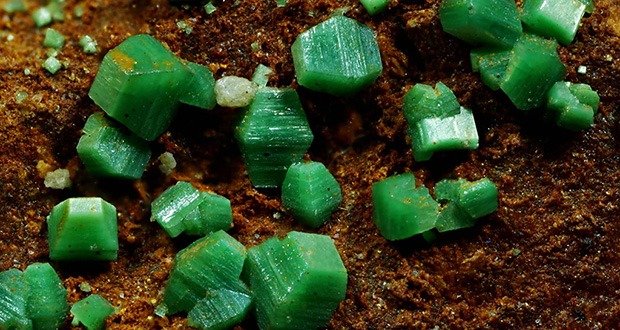 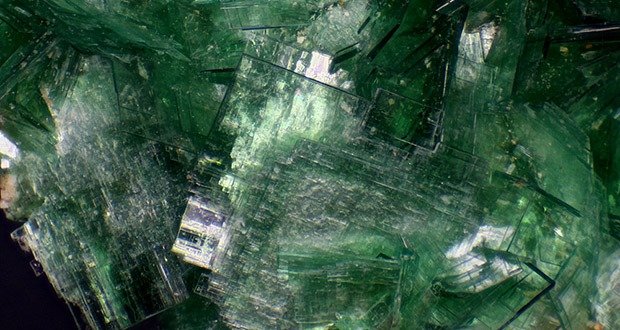 The copper makes it sweet green color. Torbernite is found in granites and other uranium-bearing deposits as a secondary mineral. Its rich green color and well-developed distinctive crystals (size: mm to a few cm) make it a sought-after collector’s mineral, as well. 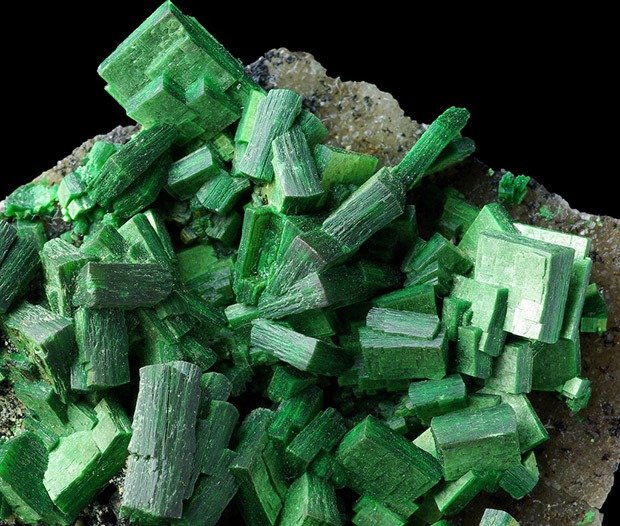 Due to the presence of Uranium, it is highly radioactive. If you hold a kilo of torbernite in your hand for one hour, you will be gifted with 1.2 rems of radiation. As a radioactive mineral, torbernite has some limited significance as a uranium ore. 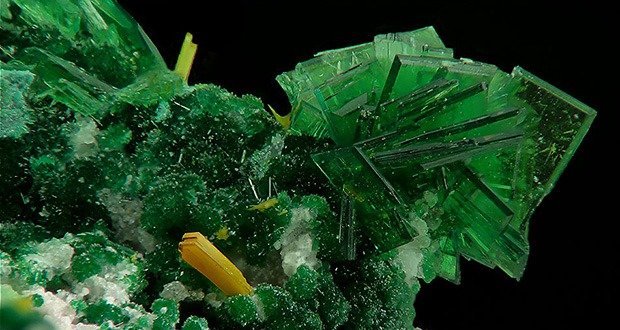 You don’t need to handle it to kill you though. Being in the same room as it is can alone be harmful. You see, in addition to being radioactive, it outgases radon. Radon is a radioactive, colorless, odorless, tasteless noble gas. Collectors are urged to take proper precautions in the handling and storage of any specimens. It should not be kept in poorly ventilated, enclosed spaces. 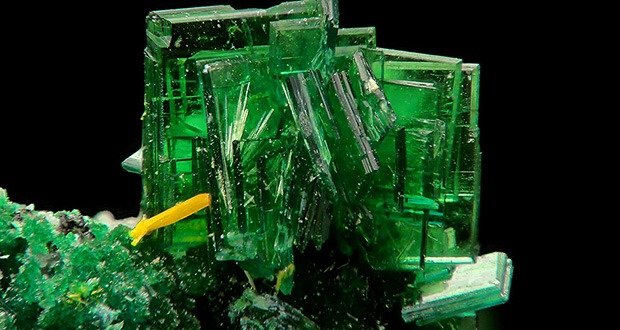 Did you know that you can buy torbernite on ebay? That’s so convenient. The most obvious factor in identifying torbernite is its radioactivity. However, since it is frequently found in association with other radioactive minerals, this may not be useful in separating one uranium mineral from the rest. A next step would be to check color. Most uranium-bearing minerals are bright yellow or green. As torbernite is exclusively green, this can be a useful secondary fact. Crystal habit is also useful, but as it shares a similar structure and color with autunite. 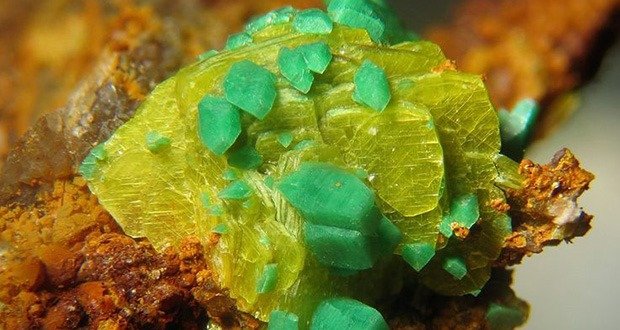 Torbernite is best friends with another mineral called autunite. Autunite is also a pretty cool guy who isn’t afraid of anything. Autunite almost has the same chemical structures a tobernite except it has calcium in place of copper. Autunite was discovered in 1852 near Autun, France. It occurs as an oxidation product of uranium minerals in granite pegmatites and hydrothermal deposits. 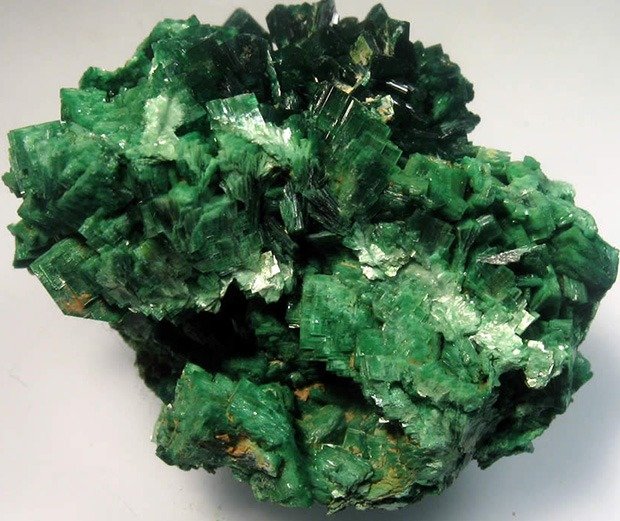 Both Torbernite and Autunite can have 12 atoms of water per molecule. From a mineralogical standpoint, that is awesome because it leads to some interesting crystalline structures. 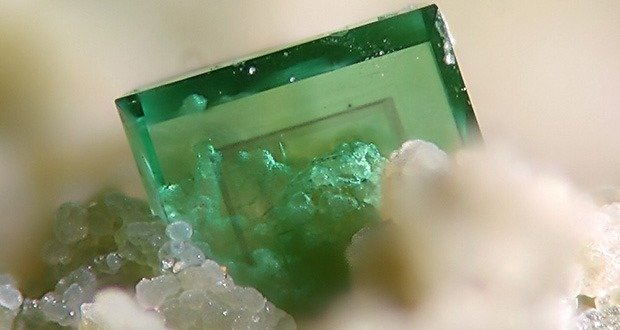 Torbernite is one of those minerals that are always hydrated. Then one day you actually see him dehydrated, and you are going to say you’re a totally different mineral when you’re dry. 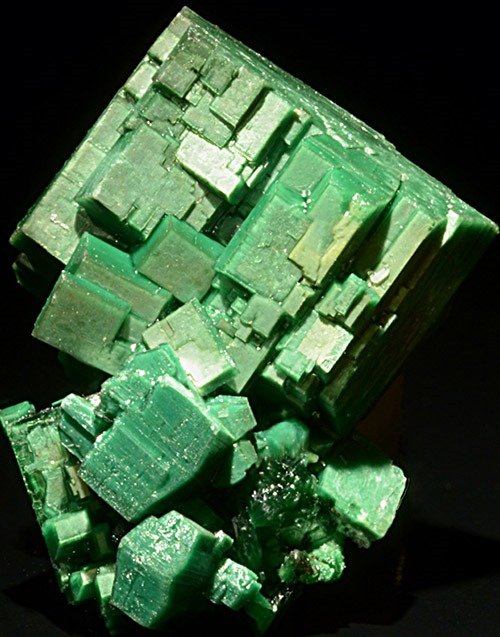 Like other hydrated minerals, it can easily suffer from loss of water molecules. This loss of water from the mineral leads to an alteration of torbernite specimens into its pseudomorph, meta-torbernite. Some collector’s websites assert that any torbernite specimen more than a few years old should be considered fully transitioned to meta-torbernite. However, it likely depends on the temperature and relative humidity of ambient air in which specimens are stored. 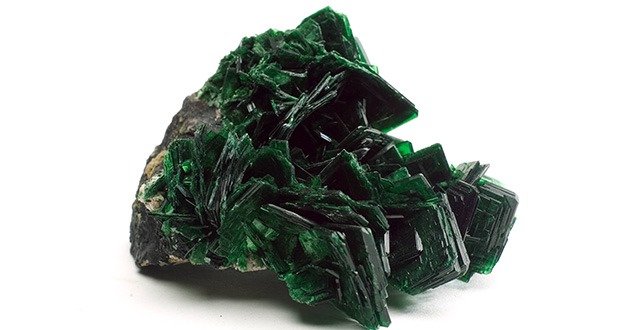 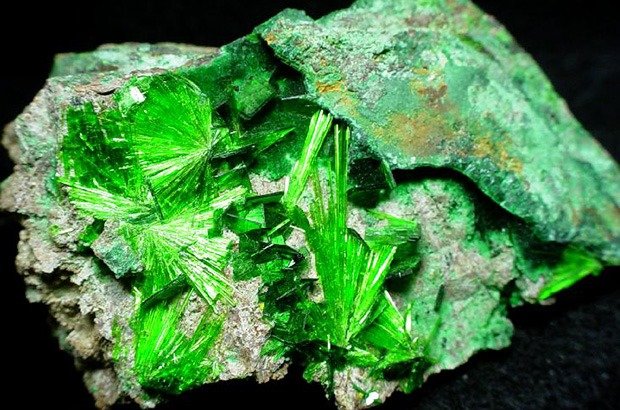 It has got killing looks. Again, because Torbernite is radioactive and releases radioactive gases, it is dangerous and is known to cause lung cancers. To limit radon inhalation, naked specimens should never be stored in rooms in which one spends much living or working time. An alternative is to store specimens in gas tight transparent containers in which radon will accumulate and decay.