Here are 25 Interesting Facts About Trains. 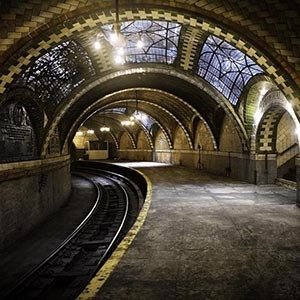 1. There is an abandoned subway station under City Hall in New York that no train stops at but you can see it in passing if you take the number 6 train. – Source

2. If someone commits suicide in Japan by jumping onto an oncoming train, the train company can/will sue his/her family for cleanup fees, loss of income and negative publicity brought on by the suicide. – Source

3. Ore trains in Sweden traveling down to the coast generate five times the amount of electricity they use, powering nearby towns and the return trip for other trains. – Source

4. In 1963, four Princeton students forced a local train to stop by parking a car on the tracks. With a gun loaded with blanks, they got on the train, picked four girls as their dates, and rode away with them on horseback. – Source

5. The fight scene on top of the train in Skyfall was actually filmed on top of a real moving train, and Daniel Craig did not use a stunt double. – Source 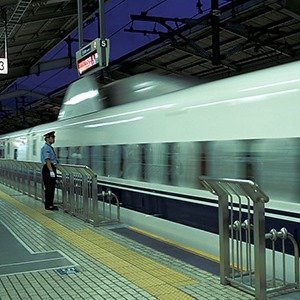 6. In Japan, trains are so punctual that any delay over 5 minutes usually incurs an apology and a “delay certificate” for passengers on their way to work. When trains are delayed for an hour or more, it may even make the news. – Source

7. It is possible to travel from Portugal to Vietnam solely by train. At 17,000 km, this is the longest train journey in the world – Source

8. In 1886, 3 people were killed and many more were injured in a Texas train company’s publicity stunt. They had invited the public to watch two of their trains crash head-on into one another at full speed, promising a good show. – Source

9. In 1907 a Mexican railroad brakeman named Jesus Garcia saved the entire town of Nacozari, Sonora by singlehandedly driving a damaged and burning train containing dynamite six kilometers away from the town before it finally exploded, killing him. – Source

10. Hogwarts Express Train used in the Harry Potter movies is an actually train that runs even today in Scotland. The line winds through gorgeous settings, including highland valleys and besides lochs. – Source 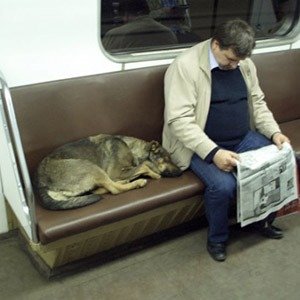 11. In Moscow, stray dogs have learned to commute from the suburbs to the city. They reach the city, scavenge for food, then catch the train home in the evening. – Source

12. Many ‘Ghost Trains’ run on the British Rail Network. These trains, often unadvertised, run extremely rarely, at obscure times, through bizarre routes, purely to keep the line officially open whilst discouraging passenger use. Ghost train hunters roam the country searching for them. – Source

13. The engineer who designed the Japanese Kamikaze dive-bombing planes of WWII felt bad about his role in the war, so at its end, he decided to use his skills for peace by designing the body of the Shinkansen (Bullet Train), which has, to this day, operated with zero accident-caused fatalities. – Source

14. In 1993, a 16 year-old Brooklyn teen pretended to be a subway conductor and drove a train for over 3 hours, safely picking up and discharging passengers at normal station stops along the route, before getting caught. – Source 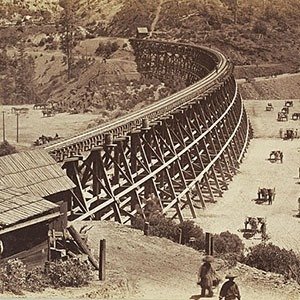 16. In 1869, Chinese and Irish laborers working on the Central Pacific Railway managed to lay down 10 miles of tracks in just one day. This accomplishment has not been matched even in modern times. – Source

17. In 1896 Auburn ROTC cadets greased the skids of a railway track before a football game. The train with the incoming team couldn’t stop and slid halfway to the next town, forcing them to walk 5 miles to the game possibly contributing to their 45-0 loss. – Source

18. After WW1 the French had the railway cars that Germany surrendered in stored in a museum. During WW2 when France was preparing to surrender, Hitler ordered the walls of museum torn down and the railway cars returned to the exact spot of the 1918 armistice in order to humiliate the French. – Source

19. The London Underground has its own implementation of the KERS (Kinetic Energy Recovery System), where the platforms are actually uphill from the surrounding track, so that the Kinetic Energy is turned into Gravitational Potential Energy, and recovered when the train leaves the station. – Source 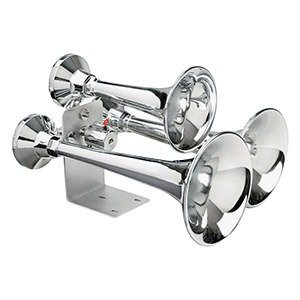 21. Most train horns are based on musical chords. Common passenger trains found in the U.S. are usually based on major 6th chords, which are not as threatening as most freight trains, which are based on more dissonant, frightening , such as diminished 7th chords. – Source

22. When trains were introduced in the U.S, many people believed that that “women’s bodies were not designed to go at 50 miles an hour,” and that their “uteruses would fly out of [their] bodies if they were accelerated to that speed.” – Source

23. In parts of Cambodia people have made their own trains out of bamboo after regular services stopped running. – Source

24. There is a Train station in Sweden that uses people’s body heat to warm adjacent buildings – Source

25. There is a device known as a derailer. It is used to intentionally derail trains that enter into unauthorized areas. – Source