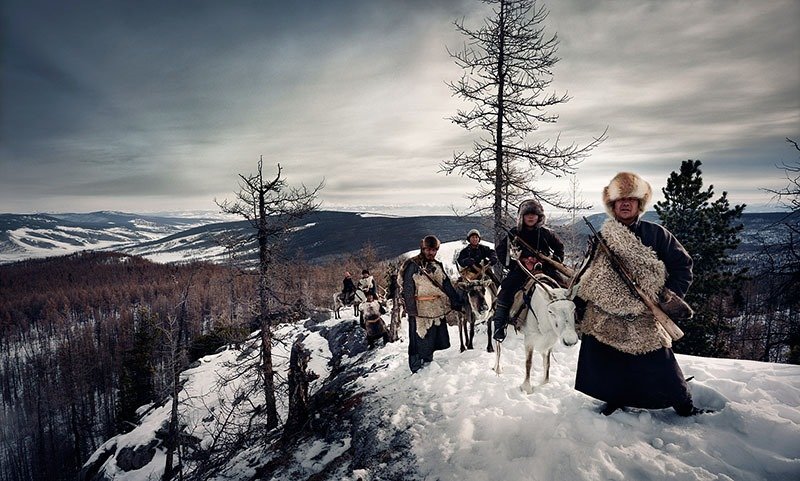 Tsaatan (reindeer people) are the last reindeer herders who survived for thousands of years inhabiting the most remote subartic taiga, moving between 5 and 10 times a year. Presently, only 44 families remain, their existence threatened by the dwindling number of their domesticated reindeer. 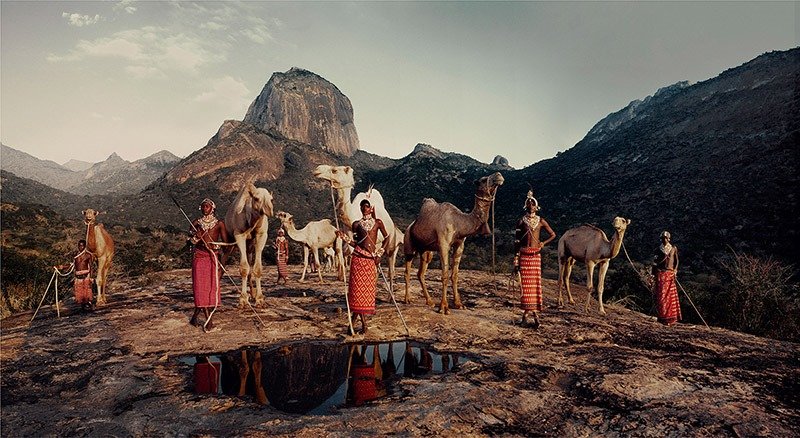 The Samburu people live in northern Kenya, where the foothills of Mount Kenya merge into the northern dessert. As cattle-herding Nilotes, they reached Kenya some five hundred years ago, moving southwards along the plains of the Rift Valley in a rapid, all-conquering advance. 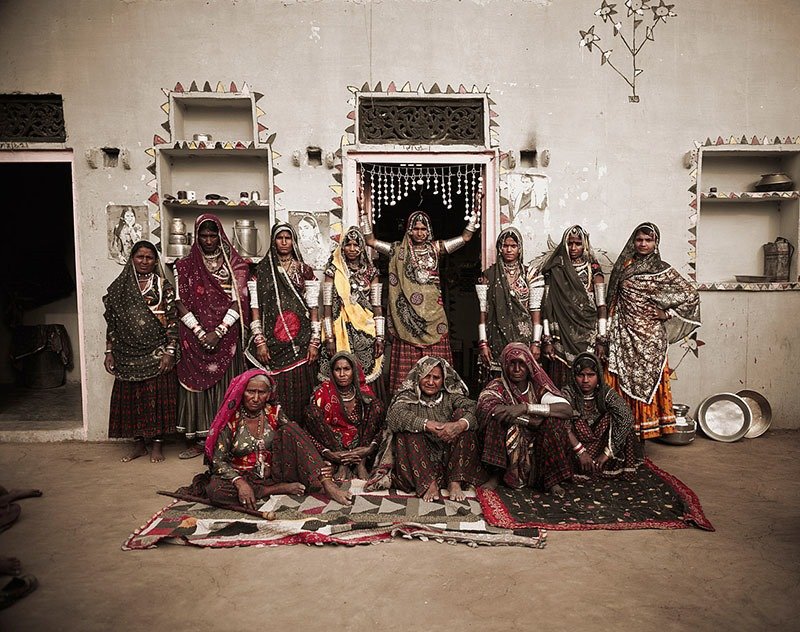 For almost 1,000 years, the Rabari have roamed the deserts and plains of what is today western India. It is believed that this tribe, with a peculiar Persian physiognomy, migrated from the Iranian plateau more than a millennium ago. The Rabari are now found largely in Gujarat and Rajasthan states of India. 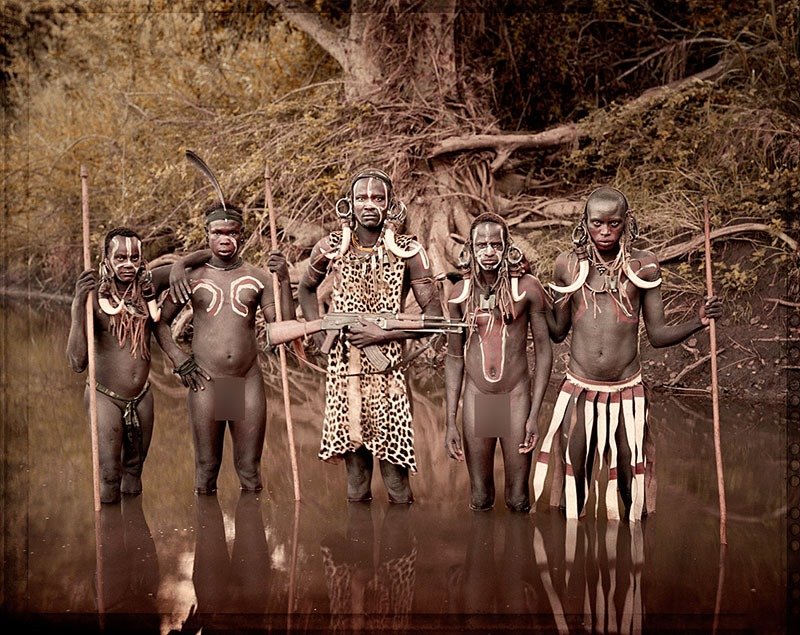 The nomadic Mursi tribe lives in the lower area of Africa’s Great Rift Valley. Extreme drought has made it difficult to feed themselves by means of traditional cultivation and herding. The establishment of national parks has restricted their access and threatened their natural resources. 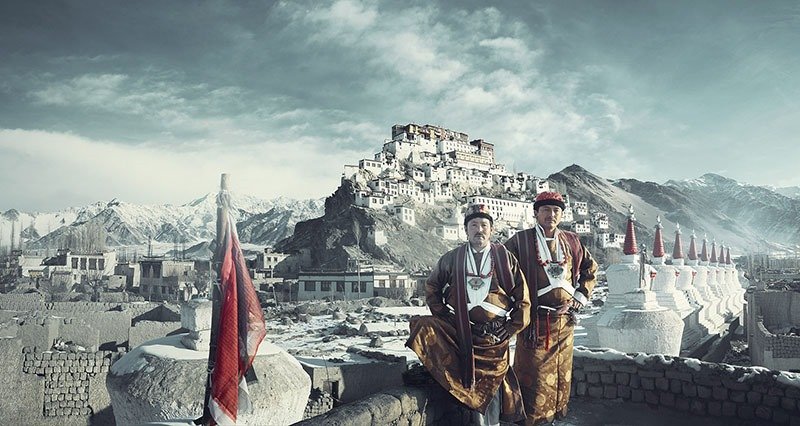 Ladakh (meaning ‘land of the passes’) is a cold desert in the Northern Indian state of Jammu and Kashmir. It is divided into the mainly Muslim Kargil district and the primarily Buddhist Leh district. The people of Ladakh have a rich folklore, some of which date back to the pre- Buddhist era. 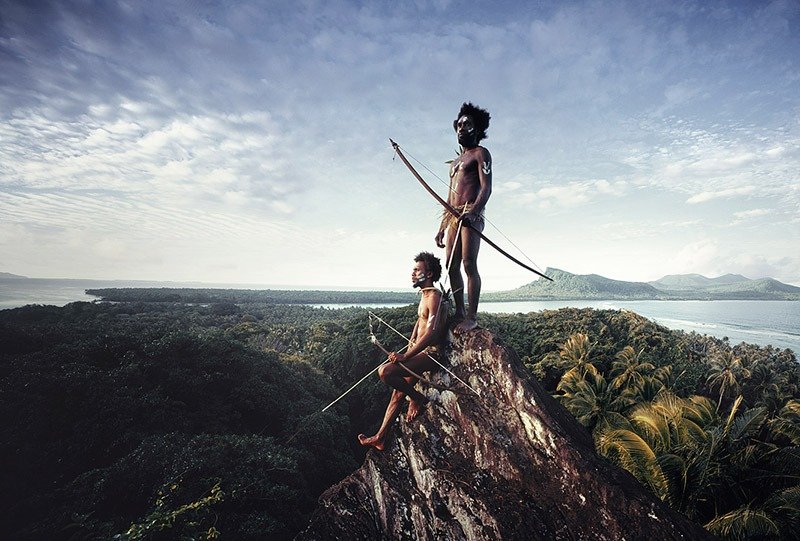 Settlement in the 85 Vanuatu islands dates back to around 500 BC. There is evidence that Melanesian navigators from Papua New Guinea were the first to colonize Vanuatu. Over centuries, other migrations followed. Nowadays, all the inhabited islands have their own languages, customs and traditions. 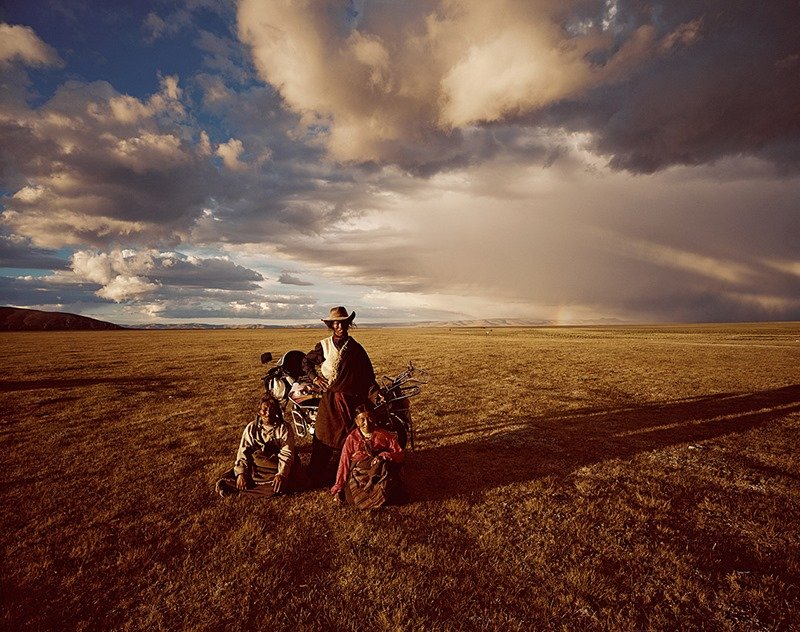 The approximately 5.5 million Tibetans are an ethnic group with bold and uninhibited characteristics. Archaeological and geological discoveries indicate that the Tibetans are descendants of aboriginal and nomadic Qiang tribes. The history of Tibet began around 4,000 years ago. 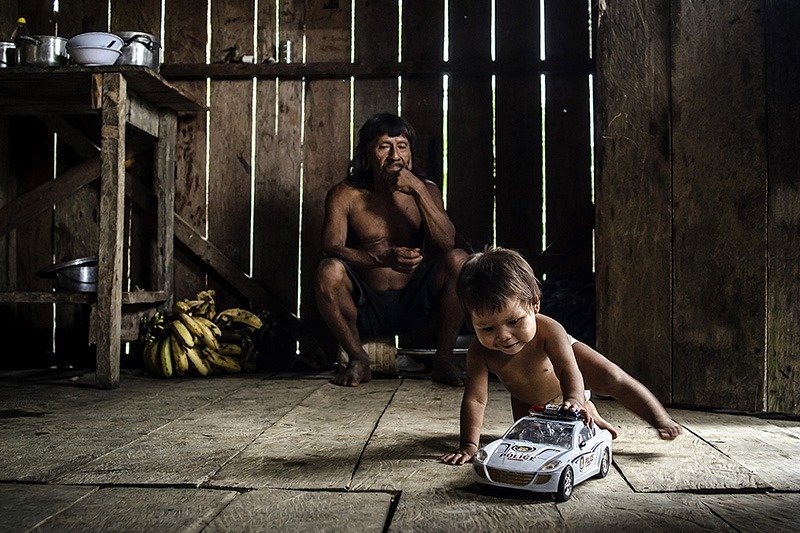 For at least a thousand years, the Amazonian rainforest of Ecuador, the Oriente, has been home to the Huaorani (meaning ‘human beings’ or ‘the people’). They consider themselves to be the bravest tribe in the Amazon. Until 1956, they had never had any contact with the outside world.

Around 2,500 Drokpas live in three small villages in a disputed territory between India and Pakistan. The only fertile valley of Ladakh. The Drokpas are completely different– physically, culturally, linguistically and socially – from the Tibeto-Burman inhabitants of most of Ladakh. 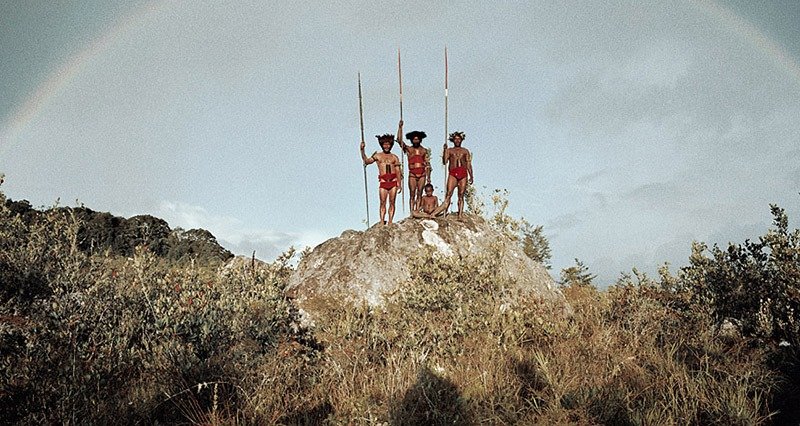 One of the tribes inhabiting the Baliem Valley region, in the midst of the Jayawijaya mountain range of Papua Indonesia, is the Yali ‘Lords of the Earth’. They live in the virgin forests of the highlands. The Yali are officially recognized as pygmies, with men standing at just 150 cm tall.