1. During construction of a railway in Uganda, two Tsavo lions halted progression by repeatedly killing workers at night. Deaths were estimated to be 135. – Source

2. Young elephants in Uganda appear to have engaged in revenge attacks on villages, a study mentioned suggests “a lack of older bulls to lead by example had created gangs of aggressive young males with a penchant for violence towards each other and other species”. – Source

4. In Uganda, three U.S. Christians asserted that homosexuality is a direct threat to the cohesion of African families. Which started Uganda Anti Gay Laws. – Source

5. An orphan from Uganda, who spent his youth as a human scarecrow on his abusive uncle’s farm, ran away at 14. With the help of a charity called YES Uganda, he has since earned 2 degrees, started a biotech company, founded a non-profit, and given a talk at TED. – Source

6. Ugandan dictator Idi Amin’s official title was “His Excellency, President for Life, Field Marshal Al Hadji Doctor Idi Amin Dada, VC, DSO, MC, Lord of All the Beasts of the Earth and Fishes of the Seas and Conqueror of the British Empire in Africa in General and Uganda in Particular.” – Source

7. The ZIKA virus was discovered in the Zika forest of Uganda in 1947 but only became a world health concern in 2007. – Source

8. Uganda has a higher percentage of women elected to the legislatures than the percentage of seats held by women in the U.S. Congress. – Source

9. In Uganda, children who lose their teeth give them to a Tooth Rat, not a Tooth Fairy. – Source

10. In Uganda, since the 80’s Western movies are shown in video halls with a live comedic translator (VeeJay) much like MST3000. Locals became accustomed to watching in this style, which has led to a genre of Ugandan films which dub over themselves with comedic commentary. – Source

11. There are glaciers at the border of Uganda and the Democratic Republic of the Congo. – Source

12.  In 2000, when a Millennial Doomsday Cult in Uganda failed in their prediction of the end of the world, leaders of the cult predicted the second date of March 17, 2000, and organized a celebration during which they poisoned, stabbed, and blew up 778 of their followers. – Source

14. Uganda has been among the rare HIV success stories primarily because of its openness. In the 1980s, more than 30% of Ugandan residents had HIV; this had fallen to 6.4% by the end of 2008, the most effective national response to AIDS of any African country. – Source

15. A 2010 BBC investigation found child sacrifice to be relatively common in Uganda; the practice was motivated belief that witchcraft can help people get rich quickly. – Source 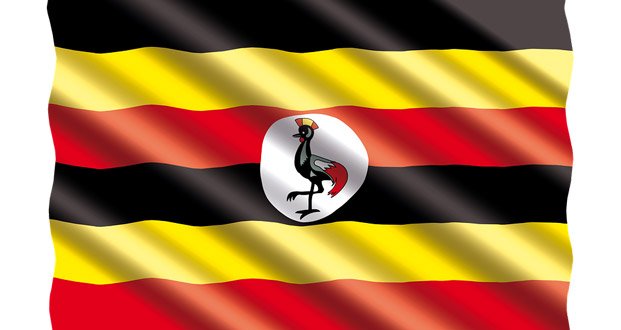 16. The world’s top 20 most ethnically diverse countries are in Africa, with Uganda being the most diverse country in the world. – Source

18. There is a species of tick from Uganda that will hide in your nose to avoid being detected and removed. – Source

19. Part of a coronation ceremony in Uganda involves sitting in the lap of a virgin girl. – Source

20. Nodding disease, which causes people to nod while they eat, is killing thousands of children in Uganda. – Source

21. Uganda unsuccessfully tried to annex a part of Tanzania’s Kagera region in 1978-1979. Afterward, this failure led to the overthrow of Ugandan dictator Idi Amin. – Source