Vanadinite is sexy as hell. It doesn’t do anything wild and crazy like some other minerals, but it’s a pretty pretty princess so here we are. 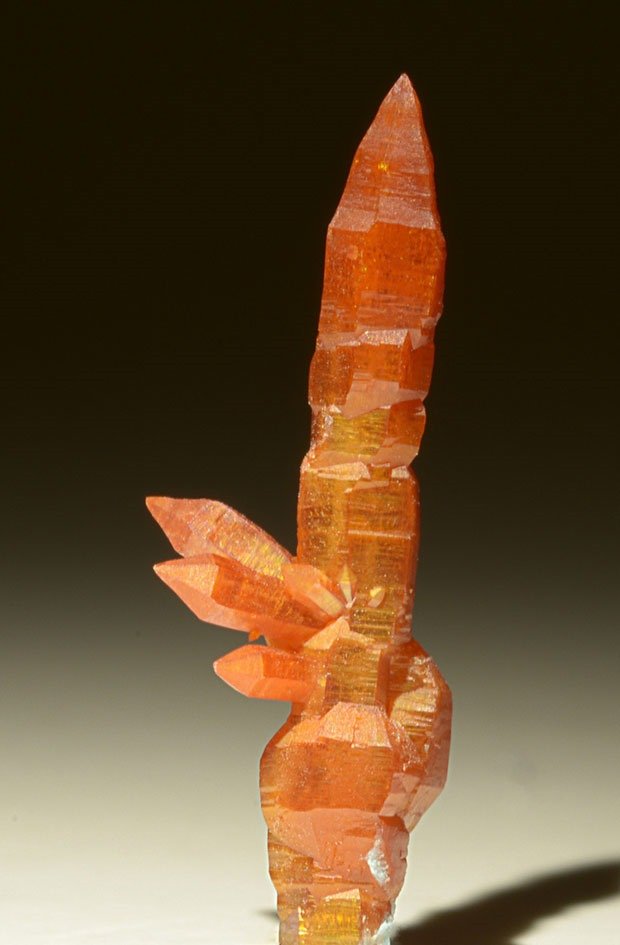 As you can see Vanadinite is really into hexagons. Sticks to hexagonal prisms and pyramids pretty much exclusively. It’s an expert at hexagons. 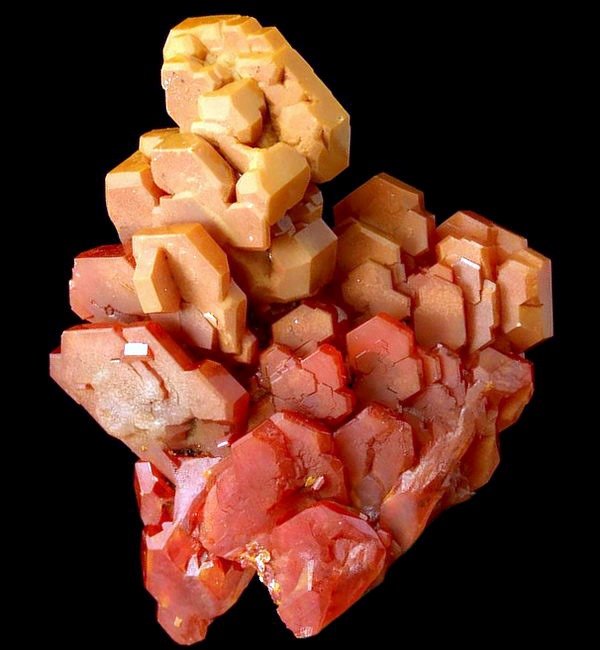 Vanadinite is brimming with lead. Sweet, sweet nutritious lead. But it also has a touch of another element… 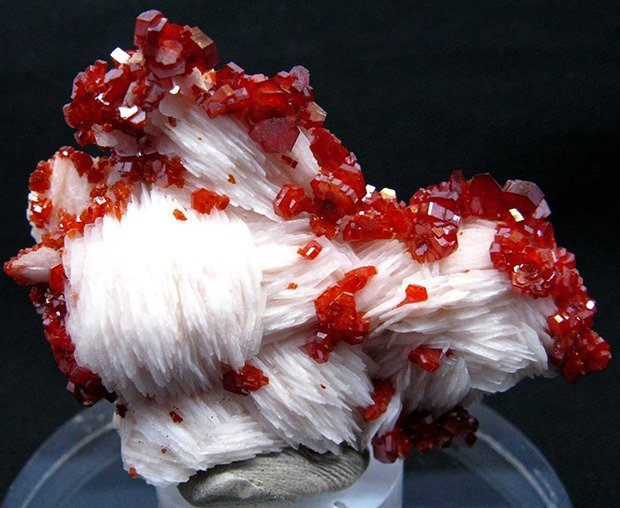 Vanadium! In 1801 Spanish dude, Andres Manuel del Rio, found this stuff and was all “WHATS UP I GOT A BIG ROCK. We’re calling it ‘Brown Lead”. Then he was like “Guys guys guys, there’s a new element in this Brown Lead. Let’s call it ‘Pancromium’…wait no, ‘Erythronium’! Wait… no I changed my mind, this isn’t a new element its just shitty chromium. Balls.” 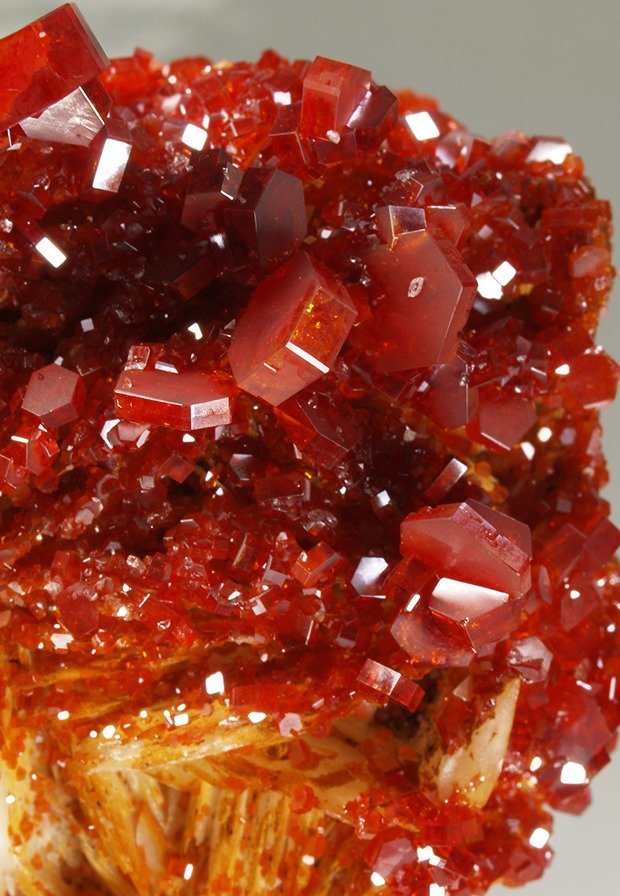 Then like 30 years later, Swedish dude-chemist, Nils Gabriel Sefström, was all “FOUND THIS NEW ELEMENT HOLMES, IT’S CALLED VANADIUM”. And people put two and two together and decided Brown Lead should be renamed Vanadinite. 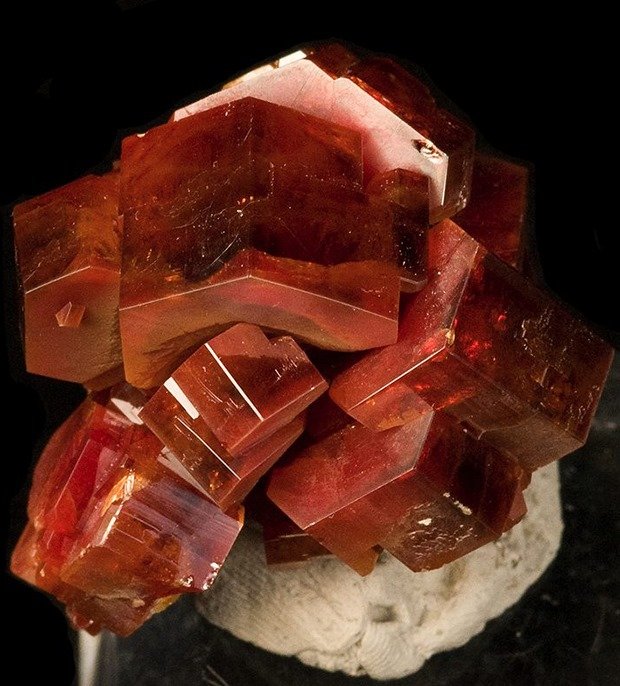 Vanadinite is one of the main sources of Vanadium. Boom, bet you didn’t see that coming. It’s used in alloys and to strengthen steel. Even the tiniest bit of Vanadium will make steel go “THIS ISN’T EVEN MY FINAL FORM” and hulk out. 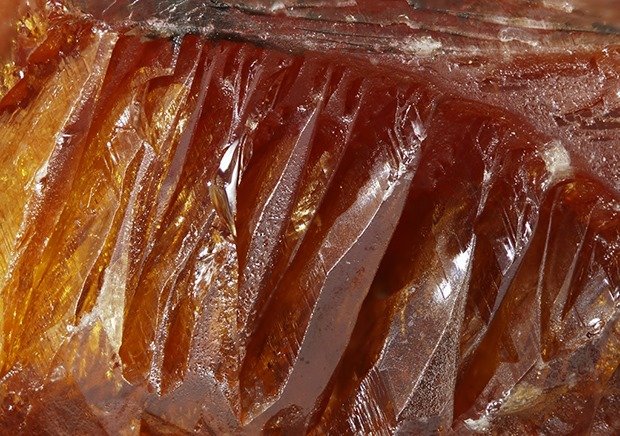 To get the Vanadium away from all the lead and other things in Vanadinite, it goes through a process of smelting and roasting. MmmmmmmMmmm Roasted Lead. 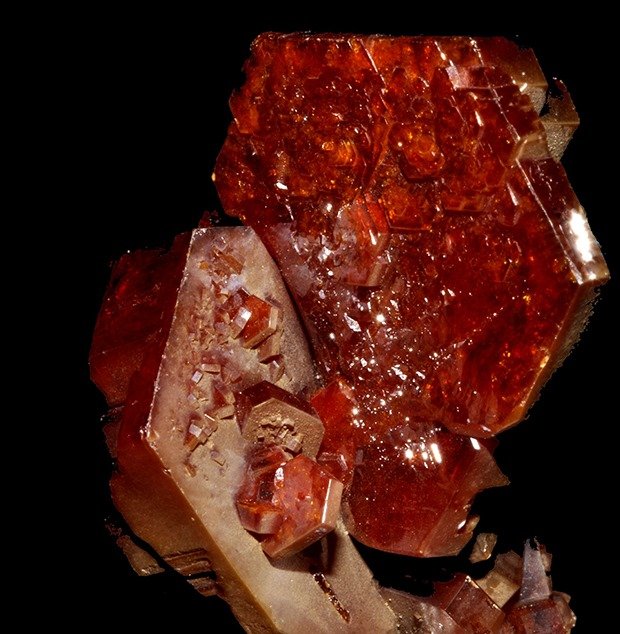 Sometimes it’s used as a source of lead too, you know, when the population’s ravenous hunger for more lead demands it. 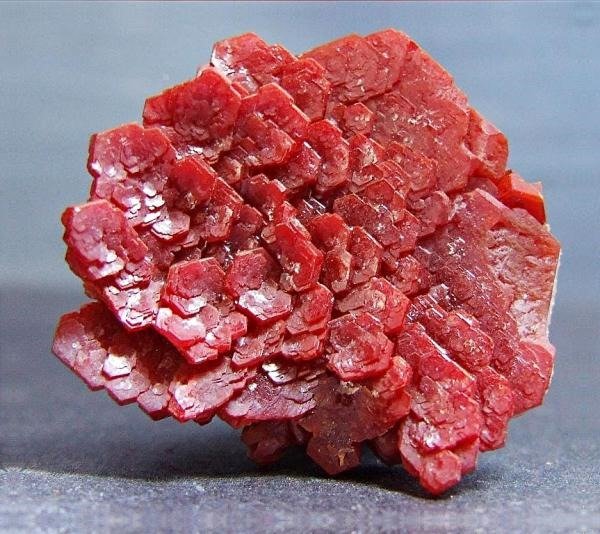 Vanadinite is a secondary mineral. That means it’s not just spit out of an angry Earth all fully formed. It only crops up after lead ores (often Galena) oxidize. 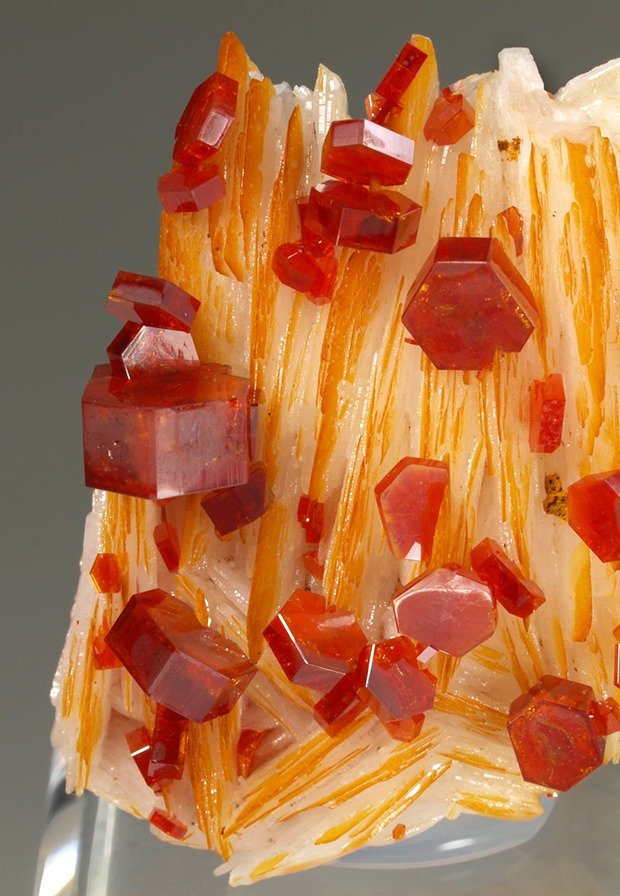 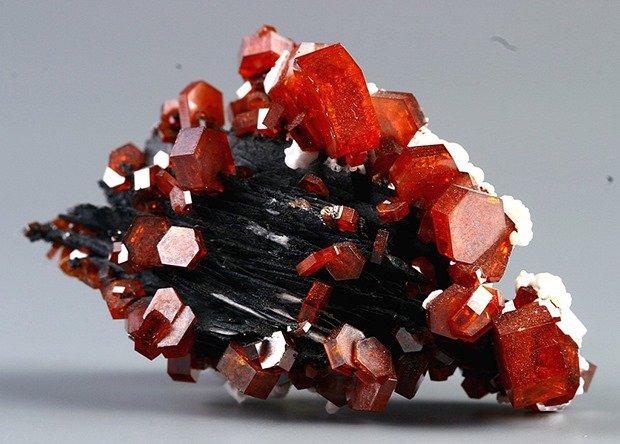 It’s part of the apatite group of minerals. Apatite/Appetite…Coincidence? No, dig in, you’re going to live forever. 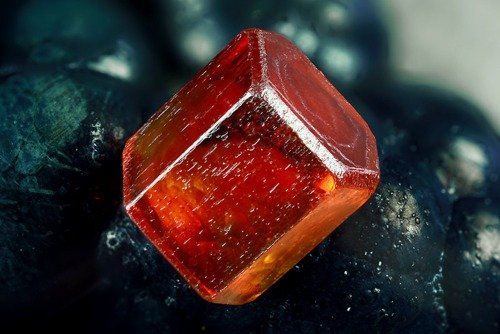 I assume it’s cherry flavored, but it is highly poisonous.