Here are 30 Interesting Facts About Water. 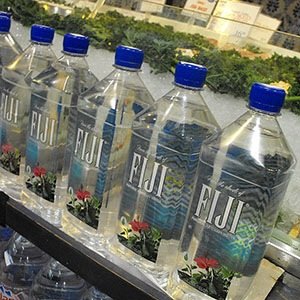 1. After FIJI Water ran an ad joking that it “wasn’t bottled in Cleveland,” the Cleveland Water Department proved that Fiji Water contained the highest levels of arsenic and other contaminants when compared to Cleveland tap water and other bottled brands – Source

2. 53% of people in Fiji have no access to safe drinking water, despite the Fiji Water bottling company’s activity there. – Source

3. Most of the smoke billowing up from a space shuttle launch is not exhaust. It is water vapor from the pool of water under the shuttle designed to absorb the acoustic shock waves that could otherwise tear the shuttle apart. – Source

4. There is enough water in Lake Superior to cover the entire land mass of North and South America with roughly one foot of water – Source

5. Penguins can drink salt water because they have a supraorbital gland, which lets them filtrate the salt from the water. – Source 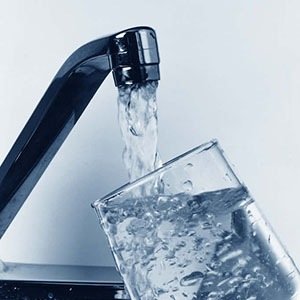 6. PepsiCo spent billions trying to stop us from drinking tap water and in 2000 told industry analysts: “When we’re done, tap water will be relegated to showers and washing dishes.” – Source

7. NY City water supply system leaks on average 20 million gallons a day and there are divers living underwater in a pressurized tank for over a month to try to repair these leaks. – Source

8. During the Mongol empire, People never washed their clothes or themselves because they believed washing would pollute the water and anger the dragons that controlled the water cycle. – Source

9. Water doesn’t actually conduct electricity. The impurities in the water is what makes it conduct. – Source

10. In 2011, the city of Portland, Oregon discarded 7.8 million gallons of drinking water, not because of the dead animals “regularly found in the drinking supply,” but because a drunk 21-year-old peed in it. – Source 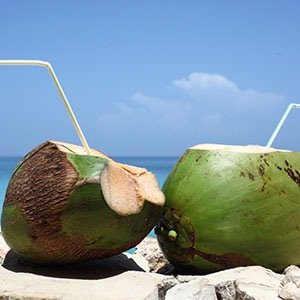 11. Coconut water is isotonic and sterile (provided that the husk is intact). For this reason, in undeveloped countries it has been injected directly into the blood stream as a substitute for an IV bag. – Source

12. U.S. and Russian astronauts on the International Space Station have separate water supplies. While the U.S. water uses iodine for bacteria control, the Russian water uses silver. If these substances mix, a silver-iodine precipitate forms in the water, which may clog the sublimator in the NASA EMU spacesuit. – Source

13. Scientists once tested the intelligence of beavers by playing the sound of running water on a dry field. Eventually, the beavers began covering the tape player with branches and mud. – Source

14. Some horse owners put goldfish in the water troughs to keep them free of insects like mosquitoes and algae. – Source

15. Saturn’s moon Enceladus has geysers that shoot large jets of water vapor into space and according to NASA “it is emerging as the most habitable spot beyond Earth in the Solar System for life as we know it.” – Source 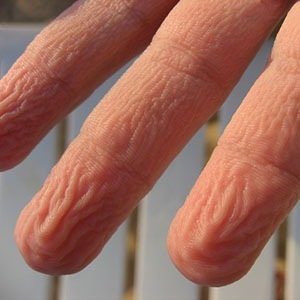 16. Fingers prune underwater not because of them absorbing the water or washing away the oil, but because of an evolutionary trait caused by the brain to enhance the grip of your fingers underwater. – Source

18. After WWII, a group of Jewish-extremists formulated a Holocaust-revenge plan to kill 6 million German citizens by poisoning the water-supply of Munich, Berlin, Weimar, Nuremberg and Hamburg. However, it was foiled by British police while the poison was in transit to Germany. – Source

19. When pursued, kangaroos will retreat to bodies of water, so that they can hold their pursuer under and drown them. – Source

20. There’s a geyser in Nevada that’s been spewing water continuously since someone drilled a well 50 years ago – Source 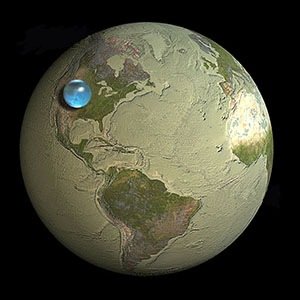 23. In Aliso Viejo, California, the city officials came close to ban polystyrene cups in 2004 after hearing that “dihydrogen monoxide”(H20,plain water) was used in their production. – Source

25. U.S. government adds fluoride (such as in toothpaste) to tap water to help the public combat dental problems. Conversely, fluoride in bottled water is not regulated and those who consume bottled water exclusively on average have more dental complications. – Source 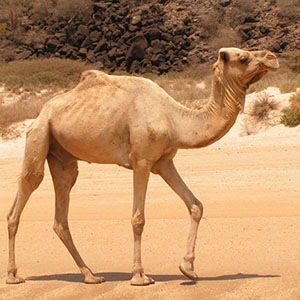 26. Camels don’t store water in their humps. They store fat, and tapping those reserves actually causes a net loss of hydration. They can survive for so long in the desert because of their ovular blood cells, relatively dry urine and feces, and nostrils that recycle water vapor – Source

27. Every house in Bermuda produces its own water by using rain-catching roofs and a filtration system. – Source

28. Kangaroo rats are so adapted to desert life that they can go their whole lives without a single drink of water. They get most of the moisture needed from the seeds they eat. – Source

29. While filming “The African Queen” in the Congo, everyone on the crew became very ill with dysentery from drinking the water; everyone except Humphrey Bogart, who only drank whiskey – Source

30. Of the top 8 largest rivers, by volume of water, the Amazon River is bigger than all the others combined. – Source