Here are the 20 Weird Animals. 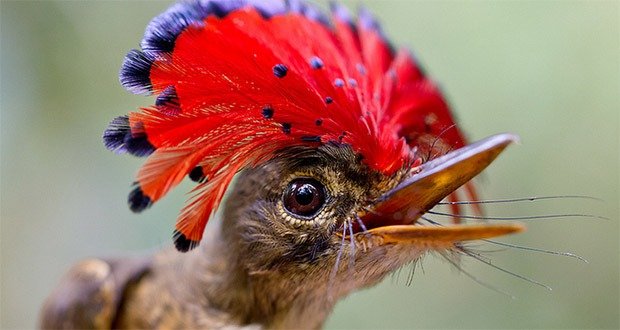 “Royal” refers to the exotic feather display on the crown of the bird’s head, which is a brilliant array of red, yellow, white, blue, and/or black. The Royal Flycatchers use this brilliant, colorful plumage as a show of display during courtship rituals, after mating, while preening, in competition with other males over breeding or territory, or while being handled. Otherwise, the plumed crest is lying flat. Royal Flycatchers build very large nests (sometimes up to 6 feet long) on branches near water. The nest hangs over the water which makes it hard for predators to reach. The Amazonian Royal Flycatcher is found in the wilds of Central and South America and as far as Peru, Bolivia, and Ecuador. 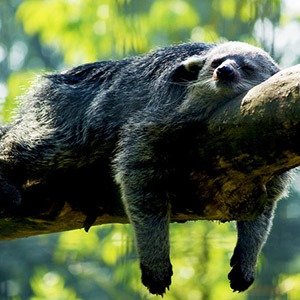 Looking like something Dr. Seuss might have dreamed up, a binturong has a face like a cat’s and a body like a bear’s, long, shaggy black hair, stiff white whiskers, and a prehensile tail that’s as long as its body. Binturongs are also called bearcats, but that name is rather misleading since these animals are not related to bears OR cats. Instead, they are related to civets and fossas but look more like gigantic dust mops and smell like a freshly made batch of popcorn. 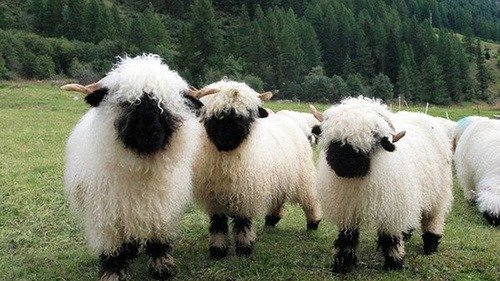 The Valais Blacknose is a breed of domestic sheep originating in the Valais region of Switzerland. It is a dual-purpose breed, raised both for meat and for wool. Both rams and ewes are horned. They are known as the ‘’world’s cutest sheep.’ They are well-known for their shaggy coats and spiral horns, but it is their distinctive, incredibly dark ‘black hole’ faces – which look as if they have been Photoshopped to have all features removed – that draw much of the attention. The sheep are so valuable that last year a Scottish farmer spent £5,000 on CCTV to protect his flock. 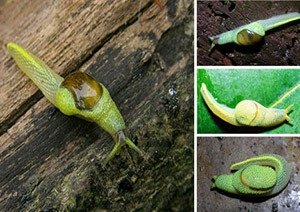 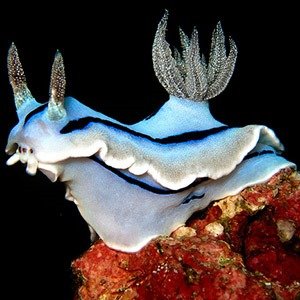 The Chromodoris Willani is a sea slug that looks like a creature from the world of Pokemon.  This sea slug lives in the Western Pacific Ocean, in the areas from Indonesia to the Philippines, and ranges in color.  The Chromodoris Willani shown in this picture is in the middle of the color spectrum: the creatures can range from a dark blue color to a near-transparent white.  While this is true, they all have discontinuous stripes covering their body as well as those odd feeler-like outcroppings that appear to sparkle in the water. 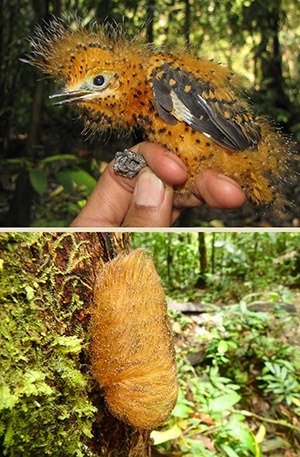 Cinereous Mourner is one of many birds found in the subtropical lowland forests of South America, the species lives in an area where birds tend to suffer very high losses to nest predators. The cinereous mourner however has a handy trick up its wing. It does a rollicking (rolling, actually) sendup of a toxic, spiny caterpillar (Megalopyge) that also calls the area home. The cinereous mourner assumes a particularly clever form of the art known as Batesian mimicry. In this form of biological trickery, the docile organism takes on the characteristics of a threatening or dangerous organism, thereby making itself highly unattractive to prospective predators. 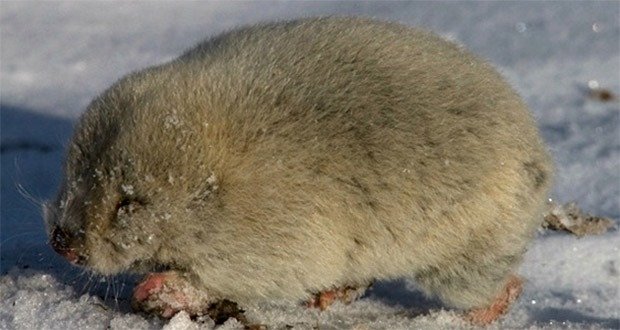 The false zokor (Myospalax aspalax) is a species of rodents that is found in China and Russia. The False Zokor leads a very secretive life, spending all of its time underground where it zips through its intricate maze-like burrows. For this reason, very little is known about its behavior. It’s about 19-26 cm in length with a gray/dirty cream velvety coat. It’s not blind but relies more on its well-developed senses of smell and hearing to navigate its dark habitat. The zokor is built to dig with large claws (up to 3 cm in length) that it uses much like shovels to clear a path in the dirt. 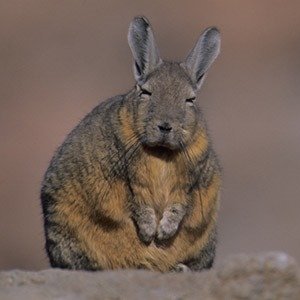 Lagidium peruanum, one of several recognized species of “Mountain Viscachas,” lives in the Andes Mountains of Peru at elevations ranging from approximately 3,000-5,000 meters. This corresponds to the area contained between the timber and snow lines. They live in large colonies of up to 80 individuals. These colonies are segregated into small family units of 2 to 5 individuals which occupy a single burrow. These animals are poor diggers, so their burrows consist of crevices among cliffs and rocks. When the breeding season begins males are driven out of their family burrow by the female, at which point they disperse throughout the colony and exhibit some degree of promiscuity. 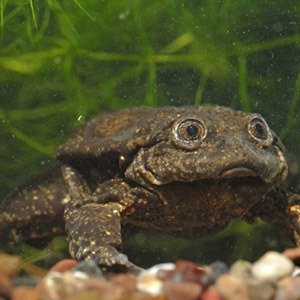 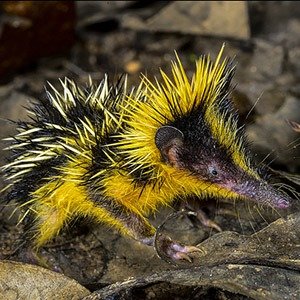 With their spiky bristles between their fur and distinct black and yellowish stripes, the lowland streaked tenrec mostly resembles a cross between a hedgehog and an oversized bee! Its appearance is even more unusual because of the spiky yellow bristles around their head but gives them great camouflage while foraging on the forest floor. When a predator is foolish enough to go for the tenrec, it will be sure it gets a mouthful of spiky spines that detach from the tenrec’s body. Interestingly, these little mammals have such a low body temperature that they do not require a scrotum to cool their sperm, as is very common in mammals. 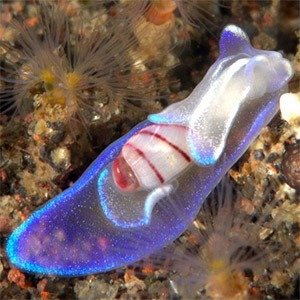 This snail looks like something that fell from the heavens and landed in the ocean. In fact, it’s actually a type of bubble snail, a Miniature Melo. The oval bubble-shaped shell is thin and fragile and is actually too small to contain the soft body of the snail. Therefore, the colorful snail has to rely on swimming and camouflage to avoid being eaten. It does have one other trick up it’s sleeve though… the Miniature Melo eats small little (we must be talking really little) toxic worms and incorporates the poison into their tissues as a defense mechanism. It only grows to be about 1/2 an inch in length. 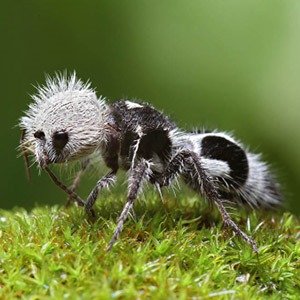 The Panda Ant an unusual species of insect. Their name derives from the obvious resemblance to a panda in its markings. This remarkable insect is not even an ant. The Panda Ant is actually a variety of wingless wasp! They were first discovered in 1938. Very little is known of this little seen insect. They are only known to exist in coastal regions of Chile. Their sting is exceptionally powerful for their size. They have been seen to bring down animals as large as cows with only a few dozen stings. 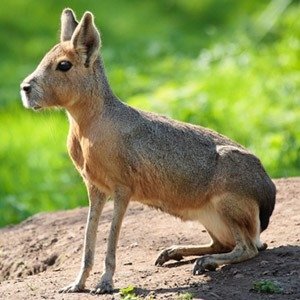 Patagonian maras may look more like giant rabbits or small deer, but they are rodents. They are endemic to the open grasslands and shrubland steppes of Argentina. They have small, compressed feet that make them resemble hooves from a distance, and longer ears resembling those of a rabbit. 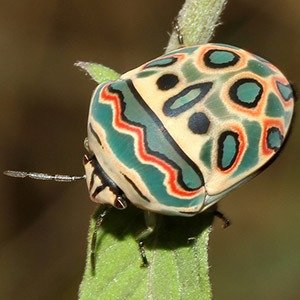 The Picasso Bug is one of the approximately 450 known species of shield-backed bug. They are a medium-sized species of shield-backed bugs.  They are generally oval-shaped. Though sometimes mistaken for a beetle, the Picasso Bug is actually a true bug. This dazzlingly patterned insect is distinguished from beetles by their extended thorax. This effectively forms a shield over their abdomen and wings. They feed on the nectar and fluids of a wide variety of plants within their endemic range. 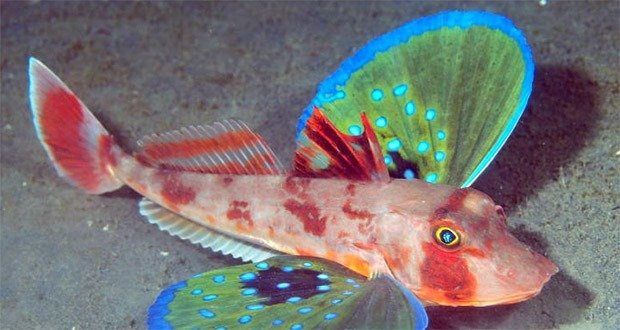 Gurnards are distinctive-looking fish, with big heads and large side fins that look like wings. They have firm white flesh that holds together well in cooking, so they are well suited to soups and stews. Gurnards are often caught in British waters as bycatch and discarded, but are becoming increasingly popular as a sustainable choice of fish. 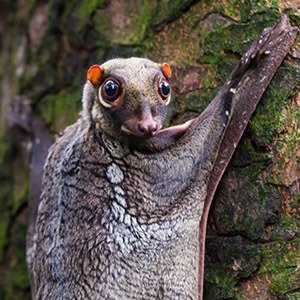 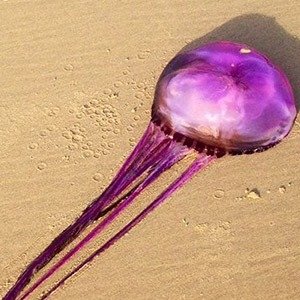 Thysanostoma Jellyfish has a dome-shaped bell with fine purple lining and purple fringes at the bottom of the bell. Its tentacles are also purple and can be withdrawn, or extruded, measuring up to half a meter long. It can be found in the Red Sea, on the Eastern coast of Africa to Indonesia, Malaysia, and Fiji. There is no information on habitat or depth ranges other than it was seen several times on shallow reefs. It has been measured up to 60cm in length (with extruded tentacles). Sightings have been reported from East Africa to Fiji, but it is not a common species of jellyfish. 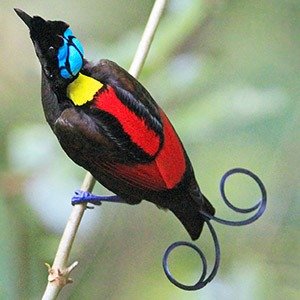 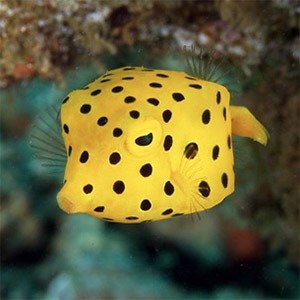 The Cubicus Boxfish is also referred to as the Yellow Boxfish, Polka Dot Boxfish, or Cube Boxfish. The juvenile form is easily identifiable as having a yellow box-shaped body with brown spots. As an adult, the yellow will fade and become brown. 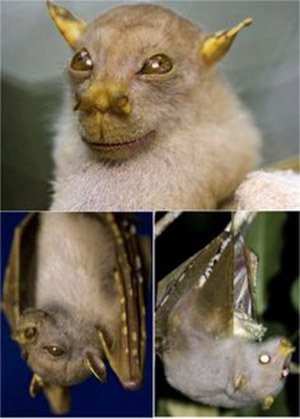 The most obvious trait of the Yoda bat is its uncanny resemblance to the Star Wars character it was named after. Once you get beyond its strange appearance, however, this species possesses a whole host of other interesting features and behaviors. Discovered in 2011, there’s still a lot to learn about this creature. The Yoda bat is native to Papua New Guinea, and more specifically to a rainforest region that is so diverse, scientists discovered an average of three new species per week in 2010. Not much is currently known about the Yoda bat’s diet, but scientists do know that it eats certain types of fruits because they disperse seeds.