One of our readers asked us this question: “What element do we consume the most? I was thinking maybe Na(sodium) because we eat a lot of salty foods, or maybe H because of water, but I’m not sure what element meats are mostly made of.” 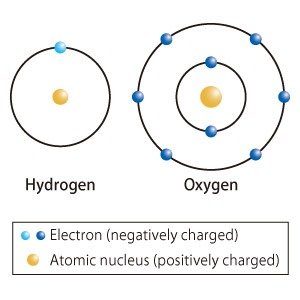 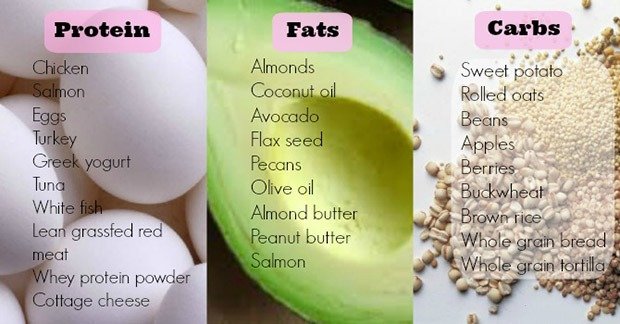 Long answer: The stuff we eat is primarily made up of three classes of molecules, and water. Those three molecules are fats, carbohydrates, and proteins and are made primarily of carbon, hydrogen, and oxygen, with a handful of other things sprinkled in. Water, on the other hand, makes up a variable percentage of what we eat and depends on the food. The wiki article on “Dry Matter” lists the relative water content of lots of foods:

And additionally, they vaguely list fruits and vegetables being 70-95% water, which is cool. It’s neat that things can be solid yet have such a high percentage of fluid in them- people, for example, are about 70% water. 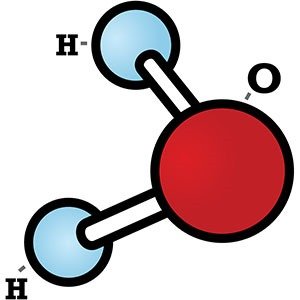 Anyway, on average, I’d expect that half the food you eat is actually just water. Since water is made of two hydrogen atoms and one oxygen atom, then hydrogen is very clearly the most abundant atom in our diet. It is also, coincidentally, the most abundant element in the universe.

On the other hand, what I just said is only true if you’re counting the number of atoms. You could easily count their combined mass, in which case the heavier elements actually stand a chance against hydrogen. Since oxygen, on average, is sixteen times as massive as hydrogen (8 protons and 8 neutrons), it will be the greatest contributor by mass. 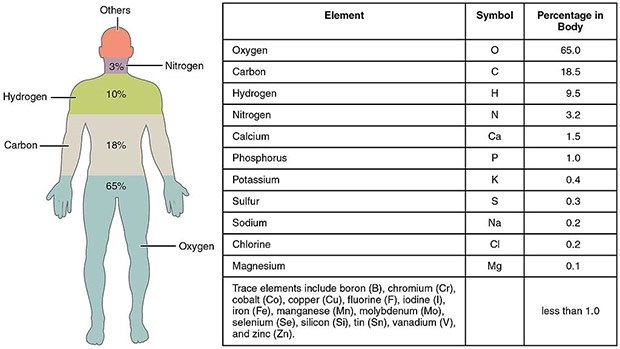 This cool plot tells me that, by mass, humans are 65% oxygen, with carbon in a distant second place with 18.5%.

So why are we called carbon-based life forms when we’re a majority oxygen by mass, and hydrogen by number? Well, it’s just because carbon does the hard work- it has a very neat electron structure that enables it to do all sorts of cool bonds, which are the basis of all organic chemistry.