We would like to start a new series of what if questions, that have been asked by some readers. Here is the first in the series. If you do like these series, we would be willing to do these more often.

Someone asked us: What would happen to me and everything around me, if a black hole the size of a coin instantly appears in my pocket (or on earth)?

Short answer: You, and everyone around you, will die.

Long answer: Different things will happen if you mean the black hole has the mass of a coin, or if it has the radius. The equation of a black hole is really simple:

Such a small black hole would have a similarly unimaginably short lifetime to decay by Hawking radiation- it would radiate away what little mass it has in 10-23 seconds. This 5 grams of mass will be converted to 450 teraJoules of energy, which is comparable to the detonation of about 100,000 tonnes of TNT, and will produce an explosion three times bigger than the atomic bombs dropped on Hiroshima and Nagasaki combined. In this case, you die. 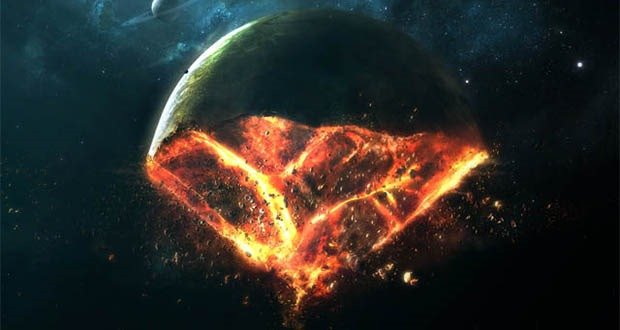 Of course, if the black hole has the radius of a common coin, then it will be considerably more massive. A nickel, again, has a radius of about 10 mm. This black hole has a mass of 1024 kilograms – slightly bigger than the mass of the earth. Its surface gravity is a billion billion times greater than earth’s. If it is in your pocket, you will find yourself being drawn towards the black hole at breakneck speeds. Literally breakneck. The difference between your chin and your teeth is about ten trillion g’s of acceleration. You’ll cross the event horizon before you even realize what’s happening. The black hole is now a dominant gravitational piece of the earth-moon-black hole of death system. If you watch sci-fi movies a lot, you might think that the black hole sinks towards the center of the planet and will consume it from the inside out. In actuality, the earth will also move up onto the black hole, and begin to bob around as if it was orbiting the black hole, all while having swaths of mass eaten with each pass. The bulk of the planet earth is consumed after some time, leaving a scattered disk of hot dust and rock in a tight orbit where the earth once was. The black hole grows slowly during this time, eventually doubling its mass by the time it’s done feeding.

The effects on the solar system are awesome, but moreso in the Biblical sense of “awesome”, which more closely means terrifying. The moon’s orbit is now highly elliptical.

Tidal forces from the black hole could disrupt the asteroid belt, sending rocks careening through the solar system – bombardment and impacts may become commonplace for the next few million years. The planets are slightly perturbed, but they stay approximately on the same orbit. The black hole we used to call earth will now continue on orbiting the sun, in the earth’s place.

In this case, you also die. 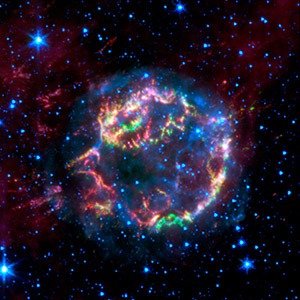 Fortunately though, black holes don’t spontaneously form. The only known mechanism for producing them is a supernovae, or a merger of neutron stars (which are themselves the product of supernovae). Though, primordial black holes can also collapse directly out of a primordial density perturbation in the early universe. Such black holes do not require supernova (or even astrophysics) to form.