So one of our readers asked us What is the Higgs boson made of? 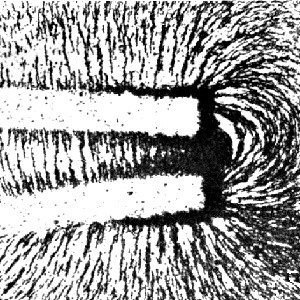 Long answer: You’re familiar with the idea of electromagnetic fields and waves, right? Basically, the idea is that when you have an electric charge or a magnet it will make a ‘field’ around it, that other charged objects can in turn interact with, and feel an electromagnetic force. For example, when you pour iron filings around a bar magnet, they’ll line up with the magnetic field.

Additionally, you’re probably familiar with the idea of light being an electromagnetic wave. Basically, if you wave a charged object back and forth, you’ll make ripples through that field- this is the principle behind antennas, and is really a core concept in electromagnetism and modern electronics. 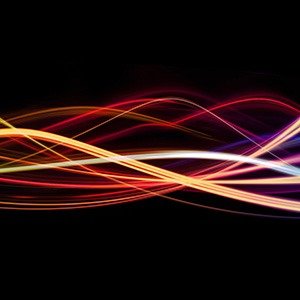 In summary, there is this thing that permeates all space, which is the field, and by putting energy into it we can make little ripples in it, which are ‘particles’ we call photons. A really simple analogy would have you imagine the field as a calm surface of water on a lake, and if you put energy into it by shaking a stick at the surface, you can make a wave. 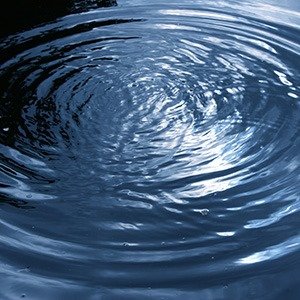 It turns out that this idea isn’t limited to electromagnetism, and is a core concept in quantum field theory. QFT basically tells us that there are fields for every fundamental particle, and by exciting the field you have made a particle. A simple example is the electron field (which is not to be confused with the electromagnetic field). The idea is that there is an ‘electron field’ that permeates the universe, just like the electromagnetic field, and at certain points there are little ‘knots’ where a lot of energy is localized into particles of that field. Similarly, the positron – or antimatter electron, is an excitation of this field. In a simple sense, you could imagine the electron as a wave ‘crest’ and the positron as a wave ‘trough’ (left hand column of this picture) and when you bring them together they annihilate each other. This is all an oversimplification that many practicing particle theorists will dislike, but I think it at least illustrates the idea well if you’ve never been exposed to it before. 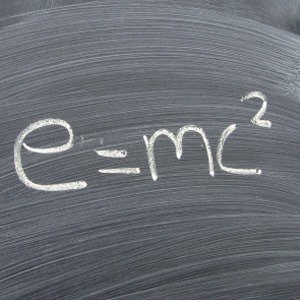 This just comes from E=mc2 – the mass of the particle is equal to some amount of energy which can be exchanged between the fields. Imagine it like gold in ancient times- there is a finite amount of gold that Greeks and Persians and Egyptians can trade (imagine they aren’t mining any new gold). They stamp that gold into their own coins, and they trade those coins with each other, which they melt down and stamp into their own coins. It’s kinda like that with energy and fields. Each of these civilizations is like a ‘field’ and their gold-trade is the exchange of ‘energy.’

Anyway, you’ll notice on that figure at the link two paragraphs above there is a “Higgs Boson.” Basically, there is this other field, similar to the ‘electron field’ and ‘electromagnetic field’ that interacts with the fields that have massive particles. And if you’ve been paying attention, it means that this field must have a particle associated with it! Again, in the Standard Model, every field has its own properties and different ways of interacting with other particles and rules for what it makes particles do (e.g. electromagnetically, like charges repel), and that’s a little beyond the scope of this post here, but I will leave you with this comic which I think illustrates the idea behind the Higgs mechanism. 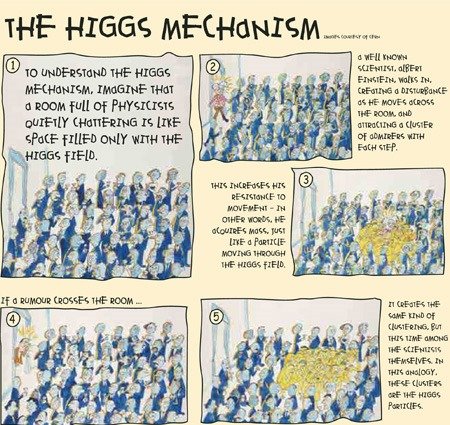 As for what it’s made of? It’s made of the same thing as every other fundamental particle- an excitation of its associated field. Once you get small enough (smaller than atoms and protons and neutrons and all those other composite things) we say that these are ‘fundamental particles.’ The Higgs Boson is by definition an excitation of the Higgs field- which you could say has an associated energy. In a simple analogy, energy can get locked up in a little kink in the Higgs field, and that’s the thing we call the Higgs Boson.

4 Fun Facts About Photography That Will Surprise You