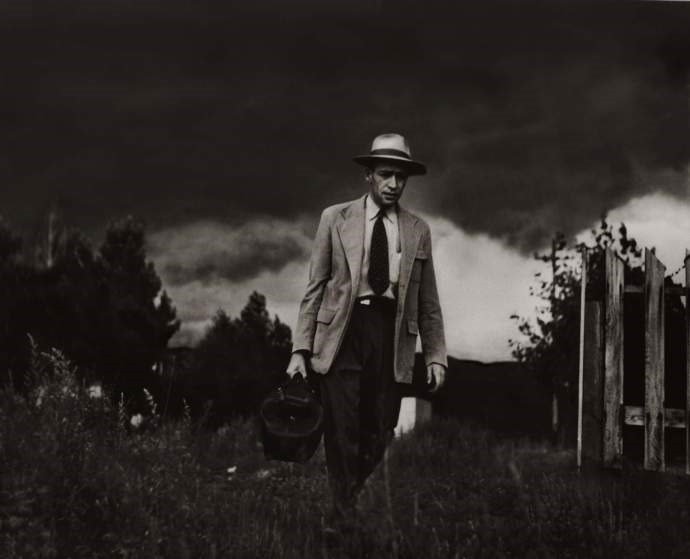 Dr. Ernest Ceriani makes a house call on foot in Kremmling, Colorado in 1948. Dr. Ceriani was the sole physician for an area of about 400 square miles. 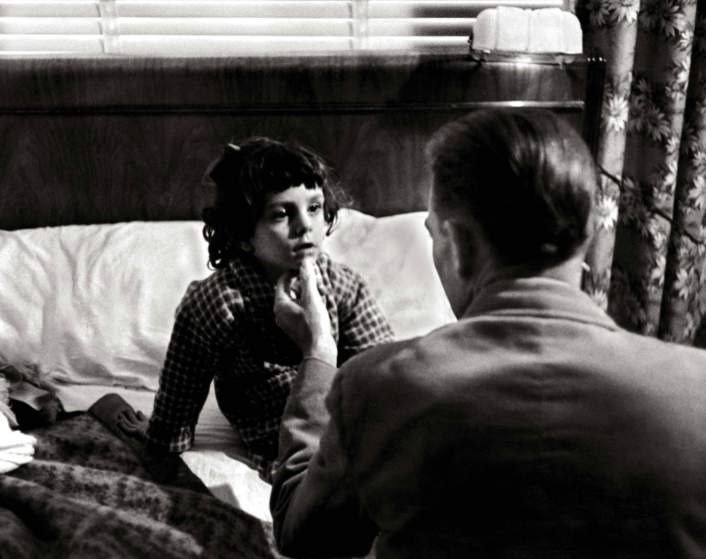 Dr. Ceriani examines a feverish 4-year-old girl suffering from tonsillitis. Although most of his patients were children, Ceriani was initially inexperienced in pediatrics when he started his practice, and studied up on it whenever he had the chance. 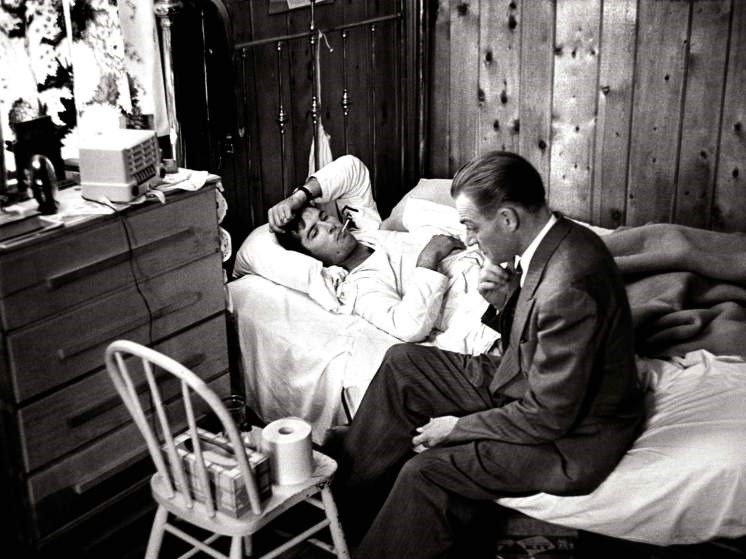 Dr. Ceriani sits at bedside of a patient as he assesses flu symptoms during a house call. When Photographer Smith began “Country Doctor” he shot for a period of time with no film in his camera, to help Ceriani get used to his presence without wasting precious film. 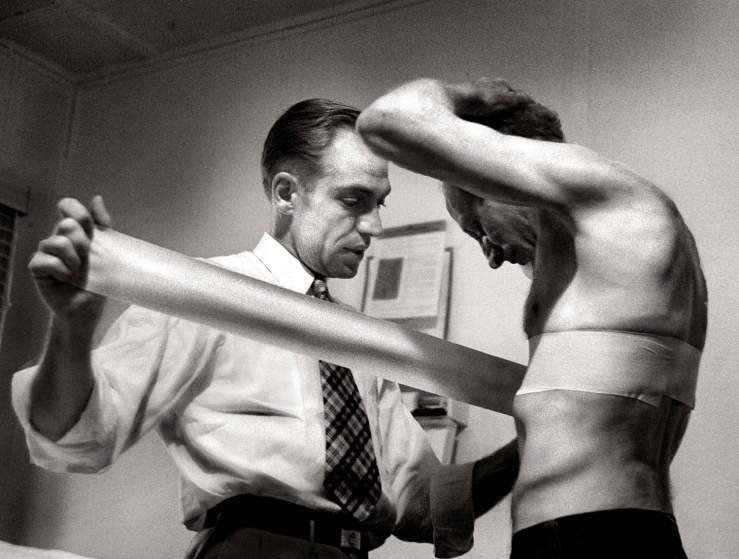 The doctor tapes a patient who broke some ribs after a horse rolled over him. 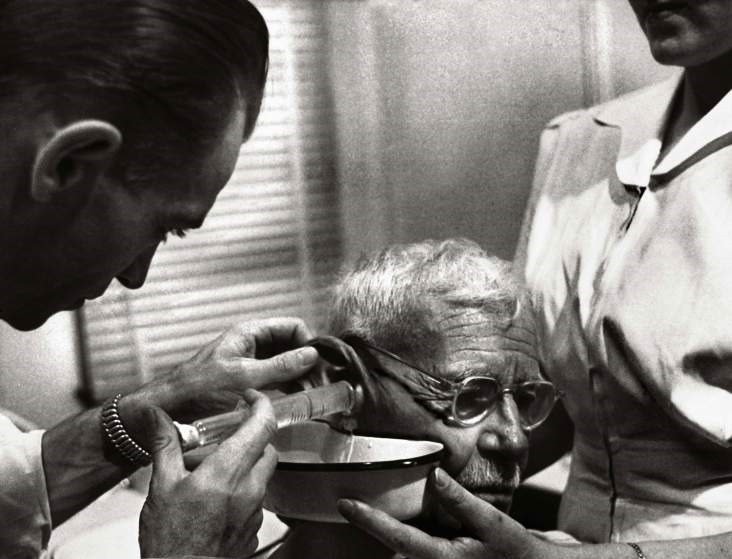 Dr. Ceriani uses a syringe to irrigate wax from an elderly man’s ear to improve his hearing. 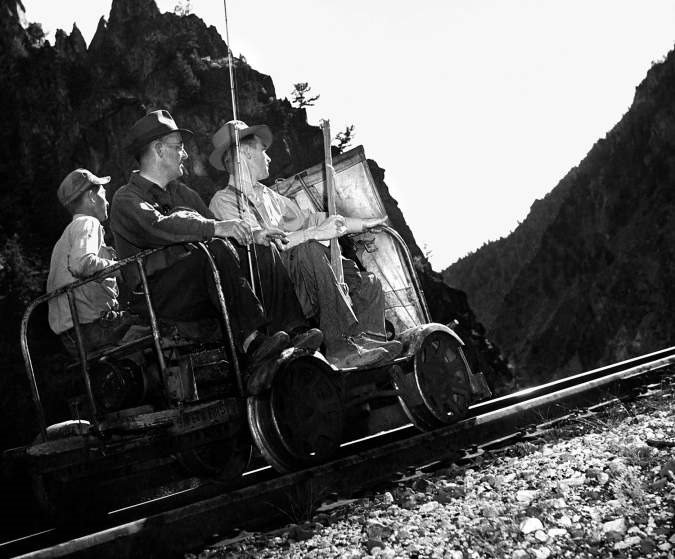 Two friends transport Dr. Ceriani to Gore Canyon so he can enjoy a few hours of recreational fishing, a rare treat for the hard-working physician. 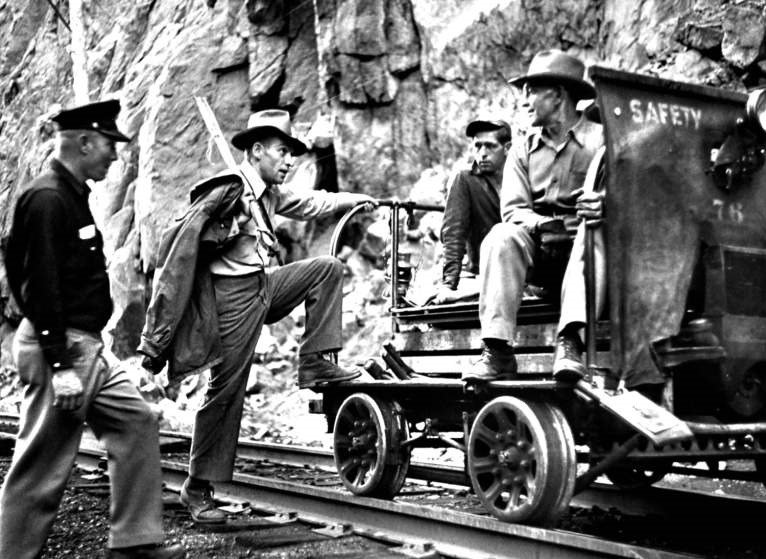 Dr. Ceriani is called to an emergency: A young girl has been kicked in the head by a horse and is badly injured. 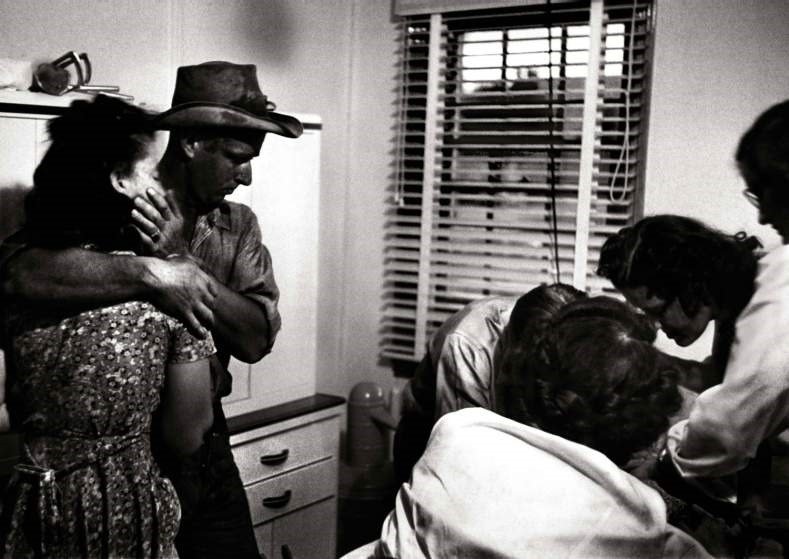 The child’s worried parents look on as Dr. Ceriani, surrounded by nurses, examines their 2-year-old daughter. 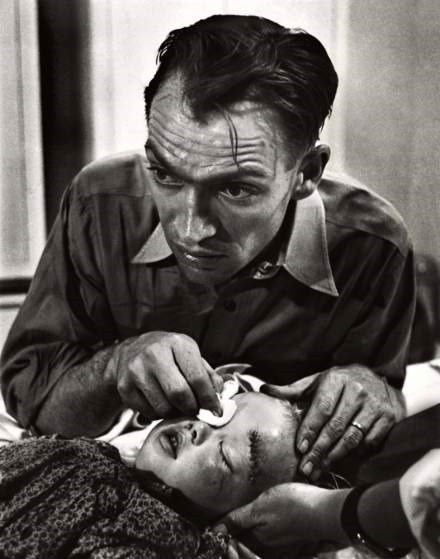 Dr. Ceriani has stitched the girl’s wound to minimize scarring, but he must now find a way to tell the parents that her eye cannot be saved and they must take her to a specialist in Denver to have it removed.