So one of our readers asked us this question the other day. Where has all the Money in the World Gone? With the length and depth that I went in to answering this question, I thought it deserved its own segment. Now that we have run out of things to give advice on (and the advice segment’s declining popularity), we thought we would post this answer in here today.

All actual “money” is debt. All of it, including monetary gold, etc. (Don’t argue with me yet, I’ll get to that). 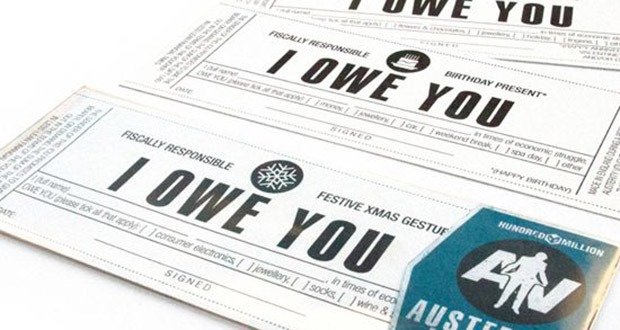 Imagine a pretend world with no money, some kind of primitive village or something. Now let’s invent paper money. You can’t just print a bunch of paper that says people have to give you stuff, because nobody would honor it. But you could print IOUs (I owe you). Let’s walk through this…

Now, you are issuing debt: a promise to provide apples. The “money” is a transferable IOU – your workers get a promise to provide value equal to a day of farm-work, or whatever, and it’s transferrable, so they can use it to buy whatever they want. The worker gets fish from the fisherman, not in exchange for doing any work or giving him anything he can use, but in exchange for an IOU that the fisherman can redeem anywhere.

So far so good. But there are a couple of forks in the road here, on the way to a realistic monetary system, that we’ll address separately: 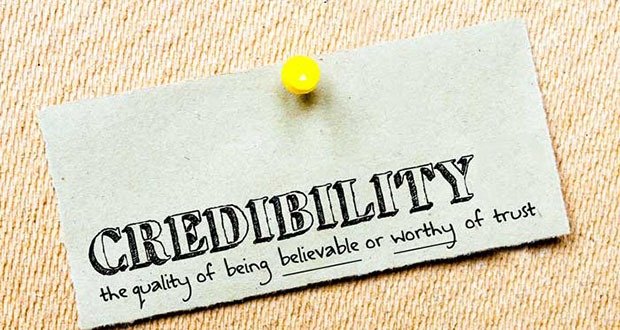 The above two concerns are likely to become manifest in our village sooner or later, and probably sooner. This leads to the question of credit, which is, at its most basic, a measure of credibility. Every time you issue an apple-certificate, you are borrowing, with a promise to repay from future apple-harvests.

After the first couple of town scandals, people will start taking a closer look at the credibility of the issuer. Let’s say the town potato-farmer comes up with a scheme where his potato-certificates are actually issued by some credible third-party, say the town priest or whatever, who starts every growing season with a book of numbered certificates equal to the typical crop-yield and no more, and keeps half of the certificate on file, issuing the other half. Now there is an audit trail and a very credible system that is likely to earn the potato-grower a lot of credit, compared to other farmers in town. That means that the potato-grower can probably issue more notes at a better exchange rate than some murkier system. Similarly, the town drunk probably won’t get much value for his certificates promising a ship of gold. 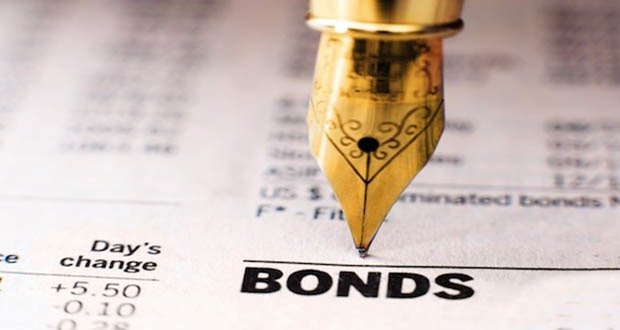 Now we have something like a credit market emerging, and the potato-farmer is issuing something closer to what we might call a modern “bond.”

At this point, you may be asking, “Why the hell go through all this complexity just to trade apples for deer and shoes? Isn’t this more trouble than it’s worth?”

The answer is because this is a vastly more efficient system than pure barter. I, as a hunter, no longer need to trade a physical deer haunch for a bushel of apples to carry over to the shoemaker in order to get shoes. You, as an apple-farmer, can hire workers before the crop is harvested, and therefore can grow more, and your workers can eat year-round instead of just getting a huge pile of apples at harvest-time to try and trade for for whatever they will need for the rest of the year.

So back to money. The thing to remember is that all throughout, from the initial trade to this central-banking system, all of this money is debt. It is IOUs, except instead of being an IOU that says “Joe will give one bushel of apples to the bearer of this bond in October”, it says “Anyone in town will give you anything worth one bushel of apples in trade.”

The money is not an actual thing that you can eat or wear or build a house with, it’s an IOU that is redeemable anywhere, for anything, from anyone. It is a promise to pay equivalent value at some time in the future, except the holder of the money can call on anybody at all to fulfill that promise. They don’t have to go back to the original promiser. 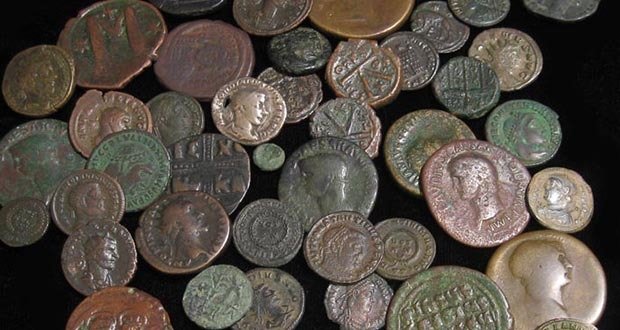 This is where it starts getting interesting, and where we can start to answer your question. For the sake of simplicity, let’s stop calling these notes “apple certificates”, and pretend that the village has decided to call them “Loddars”.

Did a lightbulb just go off? You and I have once again created Money. Twelve loddars now exist in the town economy that have not been printed by the central bank. Counting all the money trading hands in the village, there are now (a) all the loddars that have ever been printed, plus (b) twelve more that you have promised to produce.

This is important to understand: I just spent money on shoes, which you spent on deer meat, that has never been printed. It’s obviously not any of the banknotes that have already been issued, but it’s definitely real money, because I traded it for new shoes, and you traded it for a dead deer.

The money that bought your deer and my shoes has simply vanished from the economy, as though it never existed, despite the fact that it bought stuff with genuine economic utility and value.

Now on gold and gold-backed currency and stuff like that: 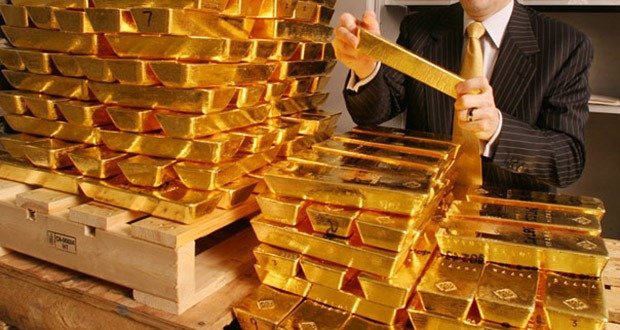 The above pretend history of the pretend village is not how modern money actually came to be. In reality, things are much less sequential and happen much more contemporaneously without the “eureka!” moments. The above was a parable to illustrate how money works to a lay man, not an actual history of how money emerged.

Until fairly recent times, paper money was not really very useful or practical for most purposes, especially if you wanted to spend money in a different village than where it was printed.

If we go back in time a period before ATMs, wire-transfers, widespread literacy, etc, then a piece of paper written in Timbuktu is not likely to get you very far in Kathmandu. You could take your apples and deer-haunches and shoes around with you to trade, but the earliest naturally-emerging currencies tend to be hard things that were rare and easily-identifiable (jewels, colored shells, etc), and they frequently coincided with the personal decorations of the rich, in a self-reinforcing feedback loop (people with a surplus of time and food could decorate themselves with pretty things, which became valuable as status symbols, which made them more valuable as decorations, which made them more valuable as barter objects, which made them more prestigious shows of wealth, etc).

Gold emerged as a sort of inevitable global currency, before people even thought of it as currency. It is rare, portable, easy to identify, can easily be made into jewelry, and can be easily quantified (unlike, say, jewels or seashells, which are harder to treat as a “substance”). Once word got around that rich people like it, it became easy to barter with anyone, anywhere, for anything.

In the early stages, it was not really the same thing as “money”, it was just an easy thing to barter. But it had money-like characteristics:

The early history of paper money did not evolve the way I described in the earlier posts (although it could have, and would have got to the same place). Instead, the early history of paper money was certificates issued by storage-vaults of precious metals (i.e., early “banks”). Instead of carrying around yellow and silver rocks, you could deposit them somewhere and get a piece of paper entitling the holder to withdraw a certain quantity of gold or silver or whatever.

Pre-1934 dollars, like virtually all paper currency until fairly recently, could be redeemed for physical gold or silver at a Federal Reserve Bank, and dollars were only printed if the treasury had enough physical gold and silver to “pay off” the bearer with precious metals.

For a whole lot of reasons that are topics for another discussion, decisions were made that eventually led to the abandonment of the “gold standard” and now the dollar, like most modern currencies, is pure fiat paper: it’s only “worth” whatever everyone agrees it is worth, and can only be “redeemed” by trading it to someone else for whatever they will give you for it. There are long, loud, and ongoing feuds over whether that was a good idea, and I’m not going to get into that here.