A lot of the criticism regarding Nuclear energy that I hear is regarding the decaying materials afterwards and how to dispose of it. We have the technology to contain it, so why don’t we just earmark a few launches a year into shooting the stuff out of our atmosphere and into the Sun (or somewhere else)?

Short answer: Because it’s stupid expensive and it’s stupid dangerous if a rocket blows up on the launchpad. Please don’t do this. 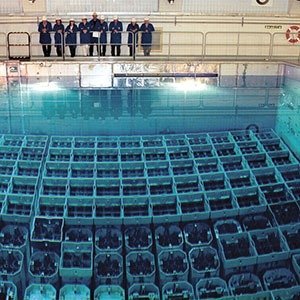 Now consider that there are approximately 270,000 tons of fuel waste in storage (not counting medical waste, or radioactive components from old reactors).

Now consider that even one accident trying to launch one of these rockets means you’ve just splattered a ton of radioactive waste all over the launch facility (or worse, the upper atmosphere). Basically, you’ve just caused another Chernobyl, irradiating an entire region or country, depending on the altitude of the explosion, local wind speeds, nuclear payload, etc. 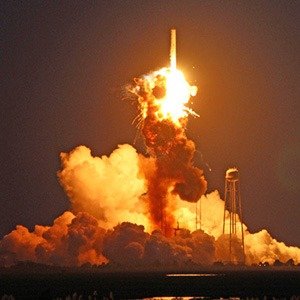 But can we design these rockets to be safe? Well sure, they’re all safe until they blow up. Spaceflight hasn’t had all the bugs worked out yet, and there are still incidents on a yearly to monthly basis. Fortunately, these generally only destroy an unmanned rocket, with a payload of a few satellites, in a big fire ball.  Now consider that if even one of our “waste-to-sun” shuttles pop, we have just f***ed up the environment for years.

Would it be cost efficient with a working space elevator? 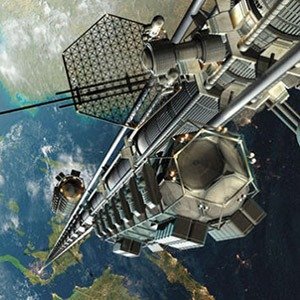 It would still cost too much. While a theoretical space elevator would be great, that still only gets us to low earth orbit (LEO). LEO is easy, and is the starting point for getting to everywhere else in the solar system except the sun. Why? Because everything else in the solar system is also in orbit around the sun, so a few calculated and gentle rocket firings can get you pretty much anywhere. The sun, on the other hand, would require you to fire a massive rocket opposite the direction of our motion around the sun in order to basically get rid of all your orbital motion with respect to the sun. Anything else, and you’re just on some sort of highly elliptic orbit careening through space.

Even if you don’t send it to the sun, what are you going to do? Going to the moon and having a moon landing facility (provided you don’t want to contaminate the moon with nuclear paint splatters) provides all the same troubles as launching. Do you just leave it in orbit? Well now you have a bunch of space trash in the same orbital neighborhood as your elevator, which is less than ideal. Space, as empty as it is, is a terrible junkyard.

How about rail guns or cannons? Not with current technologies. The energy to reach orbit is about 10 MJ/kg, which is the baseline calculation to move 1kg of matter from the surface of the earth into low earth orbit. This doesn’t account for things such as drag, weather, the aerodynamics of the projectile, etc… 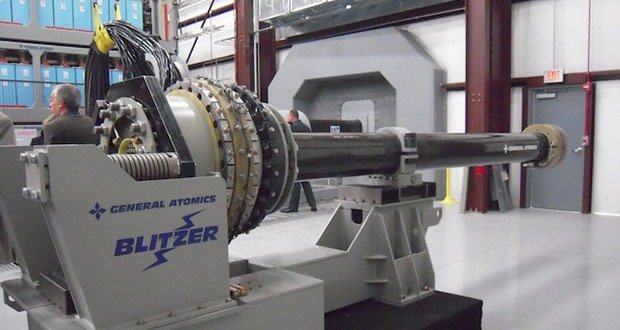 The most powerful railgun in existence clocks in at 32MJ which means that, in theory, it could launch a 3kg projectile into space if not for the friction produced (so hot it causes the air behind the projectile to burn). Also, drag.

So it’s more than just a matter of pushing something hard enough with a railgun to fling it at the sun. Stuff moving that fast gets really hot, really fast. The larger the projectile, the greater the surface area, which means more surface to produce friction and therefore heat. Not very feasable or safe.

I can’t even imagine what would happen if you could build a railgun capable of launching, say, a 1000kg projectile up through Earth’s atmosphere. You’d probably hear that shot from hundreds of miles away. 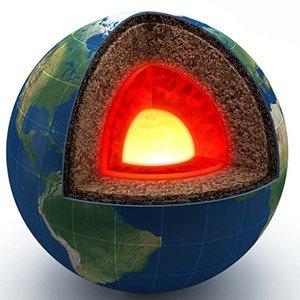 All in all, we’re better off shooting them into the core of the Earth. Of course, by that, I mean burying it. It’s closer, and it’s less dangerous. If we’re lucky, sometime in the future, someone will work out a way to transmute certain wastes into usable fuel really cheaply, or accelerate the decay of the really nasty stuff so that it won’t be radioactive for millions or billions of years.

Please, if you have a rocket capable launching from the ground and escaping low earth orbit and large amount of radioactive waste to discard, don’t do it. Call up your local division of the Department of Energy or Environmental Protection Agency and they’ll get you in touch with appropriate waste disposal agents. Don’t tell them about the rocket though.

Point Nemo: The point in the ocean farthest from land