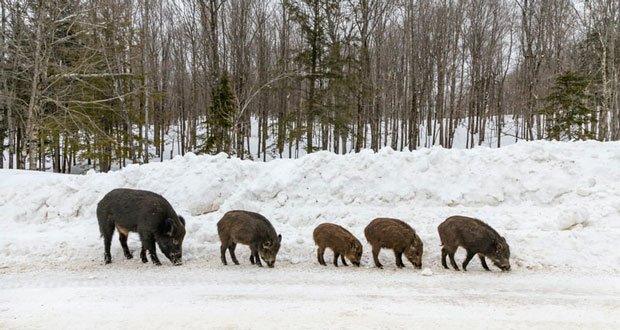 2. The Wild Boar is one of America’s most problematic invasive species and an estimated 5-6 million pigs live across 35 states. They are continuing to spread. – Source

3. If a wild boar gets loose in St. Paul or Minneapolis the Commissioner of Agriculture himself has to go out and capture that wild boar by law. – Source

4. Wild boars in an Italian forest dug up a sealed cocaine stash, tore it open & scattered the cocaine throughout the forest. The cocaine was worth €20,000 (approx. $22,000 USD). Investigators made the drug bust when wiretap surveillance heard drug dealers complain of damage to their woodland stash. – Source 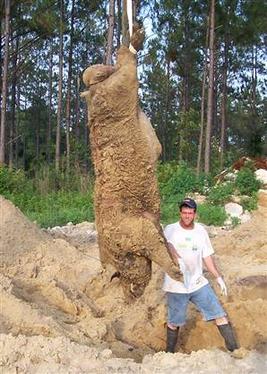 6. In 2004 a Georgia man shot and killed an 800ib, 6.9ft long wild boar hybrid. Scientists exhumed the body and confirmed the size. They named the beast “Hogzilla”. – Source

8. Scientists who study invasive Wild Boar say that allowing private hunting can interfere with state-sanctioned efforts to bait and trap boars and has even encouraged hunters to release more of the animals into the wild for sport. – Source

9. Wild boars escaped captivity during the Great Storm of 1987 and successfully bred in the wild, reintroducing the species to the UK after a gap of 400 years. – Source

10. In 2013, a wild boar at a Port Hedland, Australia campsite made the news after drinking 18 cans of a camper’s beer, getting into a fight with a cow, and eventually passing out under a tree. – Source

11. There’s a species of wild boars with tusks that grow up and inwards, curving directly towards their forehead. If the male’s tusks aren’t worn down by regular use, they will grow until they pierce the skull, killing the boar. – Source