Yemen is a fair-sized country at the south-western corner of the Arabian Peninsula. It borders Saudi Arabia to the north and Eritrea and Somalia across the Red Sea and the Gulf of Aden, respectively. Yemen is a land of incredible history; for centuries it was located on the trade routes between the Mideast and India/Asia, so was the center of learning and culture for generations. Muslims of many sects lived together, as did Christians as well as a once-thriving Jewish community. It’s the land of the Queen of Sheba from the Bible and may have been where algebra was invented. Amazing history with its share of UNESCO world heritage sites.

Unfortunately, Yemen is kind of fu*ked 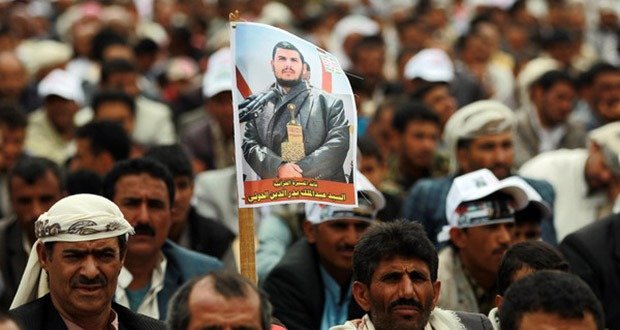 During the Cold War, Yemen was split between pro-Western and pro-Soviet halves, and was part of the British Empire for quite awhile. But since the end of the Cold War, Yemen has, like so many other countries, basically collapsed. Once it was ruled by a delicate balance of tribes and powerful elites, but power got centralized into the hands of the presidency, and the result was corruption, oppression and economic stagnation, with a low-grade civil war and just general suckiness. It’s a story repeated many times in the region. 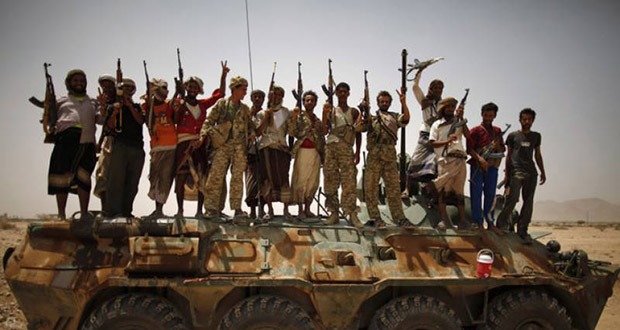 As its leaders resisted all thought of reform, the country slid into lawlessness. In the wake of 9/11 the Pentagon suddenly realized that not only had al Qaeda quietly gained a foothold in Yemen, and not only had those fundamentalists carved out maybe a third of the country, but it was a particularly fanatical, dangerous branch of the movement. So in went the drones, and they’re still there taking out God-knows-who (not that this gets reported much).

Then came the civil war 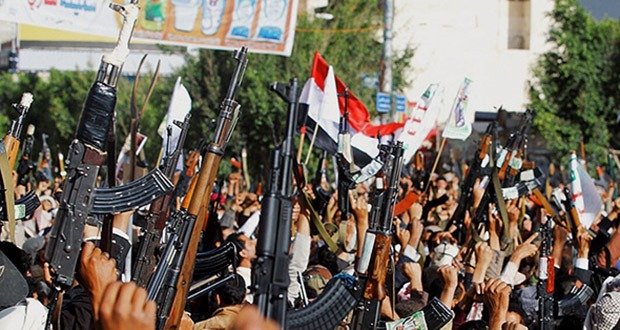 As happened in Syria, a corrupt, collapsing government triggered a sectarian uprising. This time, it was the Shiite minority rising up against the barely-there government run by Sunnis. It started in remote areas in 2004, and were called the Houthis, after the guy who started it (he has since been killed, but the movement lives on). Now these guys have ties with Iran, but insist they don’t want an Iranian-style theocracy. They want a government that’s accountable to the people, the creation of jobs and free elections (in which women can vote). A pretty compelling message in a country so badly governed. They are also not fans of al Qaeda.

No one took them seriously, until … 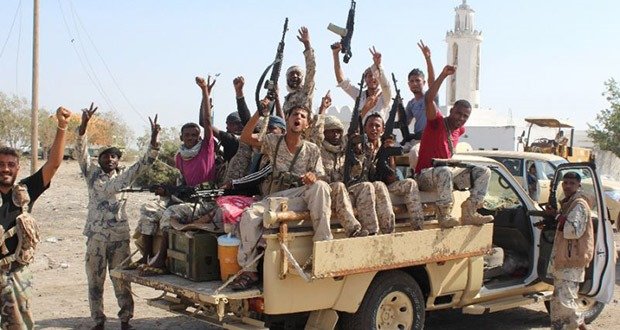 The Houthis were a backwoods uprising at first, but by last year (2015) they had basically won the war, capturing around half the country, including its capital, Sa’na. The remnants of the Yemeni government beat feet to the second city, Aden, only for that city to fall, too (also taken: an airbase where US forces were secretly operating). And that is when the big kids got involved.

Enter the Saudis and their pals 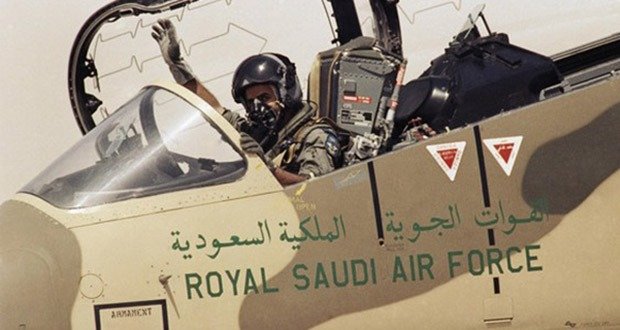 So Saudi Arabia. Yeah. They hate Iran and are very scared of them. They’re sure there’s an Iranian strategy to foment Shiite uprisings across the Mideast and take over the whole region, and slaughter the Sunnis. Remember while all this stuff is happening in a sideshow place like Yemen, there’s the Arab Spring and vast chaos, including the horrific Syrian Civil War. But with Yemen the Saudis decided to gear up for war. Their army is among the best-equipped on the planet, not to mention the militaries of the Persian Gulf like Qatar and the United Arab Emirates (UAE). They’d been using petrodollars to shop around for weapons for decades. They figured their boys could take out a backwoods rebellion like the Houthis in no time flat. So a little coalition was formed: Saudi Arabia, the Gulf states, Morocco, even Egypt, but the Saudis were very much the leaders. 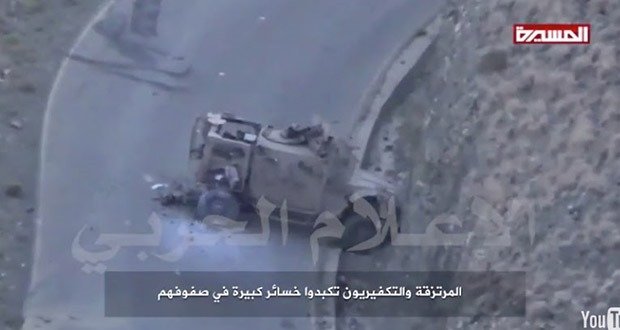 So in goes the invasion, right? Over 150,000 excellently-equipped troops, over 100 modern warplanes. Only it wasn’t a cakewalk. First of all the terrain of much of Yemen is extremely rugged and the Houthis, who had been fighting for years, knew their terrain. As happened to the Russians in Afghanistan, the Saudis found themselves constantly ambushed on mountain roads that would be fun for a driving holiday but sheer hell for soldiers fighting for their lives. So despite dominating in terms of firepower, especially from the air, the Saudis got bogged down. The answer? More firepower! Plus war crimes. Allegedly, lots of war crimes. But what’s the deaths of more civilians? We hardly care about that anymore. 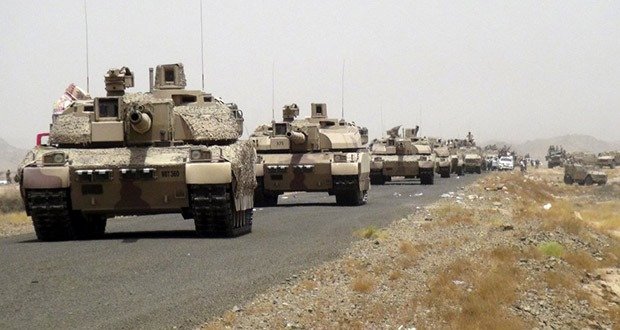 If you search YouTube for clips of the Yemen Civil War, you’ll find lots of clips of Saudi tanks being destroyed. The Houthis are surprisingly well-equipped, particularly in terms of anti-tank missiles (probably courtesy the Iranians, who make knockoffs of Russian-designed missiles). They also have anti-aircraft missiles. So the coalition have had choppers shot down, and jets too. Several mighty American-made M1 Abrams tanks have been taken out as well. Several hundred Saudi and coalition soldiers have been killed. The Houthi have been pushed back, but the rebels still control the former capital as well as maybe a third or more of the country. There’s pretty much zero chance they can be defeated except through a huge commitment of forces. So now the Saudis have their very own Vietnam with no end in sight. This might be why they stopped threatening to jump into the Syrian Civil War.

So what happens next? 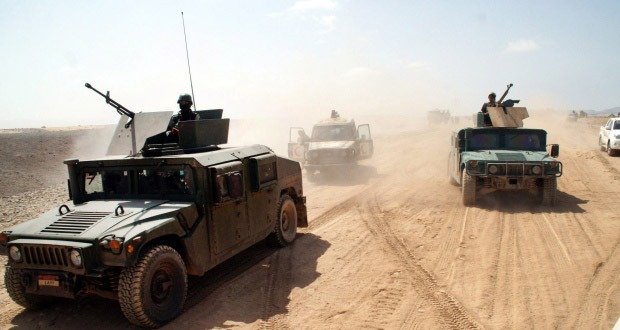 Saudi Arabia’s prestige has taken a serious hit, especially long-standing assumptions about their military prowess. There have been some skilled operations and even a rather dramatic and successful amphibious assault, but none of this has gotten much news coverage, and it probably doesn’t matter — what matters is the stalemate. Iran has gotten a bit of an ego boost, but it’s hard to say how influential they really are among the Houthis. Some talk of the threat of Iran getting a staging point at the mouth of the Red Sea, which does sound fairly scary. In reality it’s probably just another sad story of a failed state overflowing with blood and suffering. But with Saudi Arabia having been taken down a notch or two, it could end up increasing instability in the region. It also doesn’t help that fundamentalists can now watch once-infallible-seeming American hardware being blown to pieces on YouTube. Meanwhile … the war grinds on. How many civilians have been killed? Hard to say. Several thousand, certainly. With massive damage to infrastructure, particularly in Sa’na. More poverty, more suffering, more oppression, more war. The 21st Century normal. But in the case of Yemen, small enough to miss the headlines.